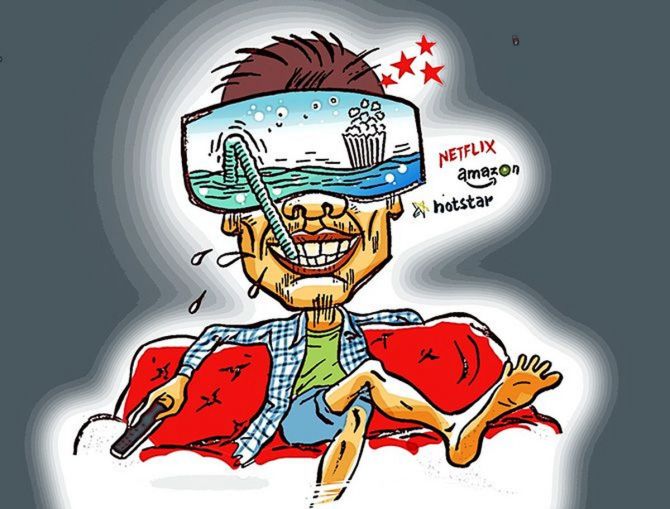 At 9.7 million people a month, Delhi has the largest OTT (over-the-top) audience in the country, closely followed by Mumbai at 9.3 million and Bengaluru at 8.7 million.

These three cities also have the maximum penetration of OTT platforms and together constitute 8 per cent of the 353 million monthly audience in India, says The Ormax OTT Audience Report, 2021.

Bengaluru, Delhi, Mumbai, and Hyderabad account for 33 per cent of the total active paid subscriptions in the country, the report says.

The first-ever mapping of the Indian audience for streaming video -- defined as people who have watched video on OTT at least once in the last one month -- by Mumbai-based consulting firm Ormax Media was done from May to July 2021 and had a sample size of 12,000 people across the country. 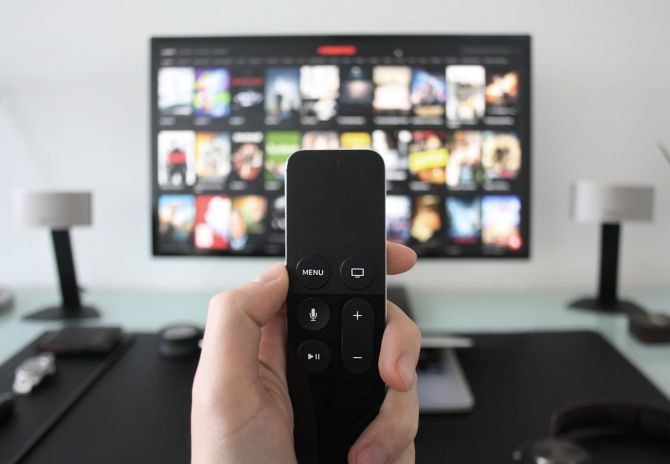 As the market for watching drama and series online booms, more than 60 OTTs jostle for space in India.

The Ormax report estimates that 40.7 million people in the OTT universe are a paying SVOD (subscription video-on-demand) audience. But these are not the only people watching paid content.

The non-paying segment, which watches pay-driven video on subscriptions taken by their family members or friends, or via telecom packages, is sizeable at 69.8 million.

Together, these comprise 31 per cent (over 110 million) of the total OTT universe in India.

"For the last few years, the whole industry has been talking of SVOD and AVOD (advertising video-on-demand). This made us question the whole terminology of SVOD and AVOD," says Shailesh Kapoor, CEO, Ormax Media. That is the first interesting insight from the report. 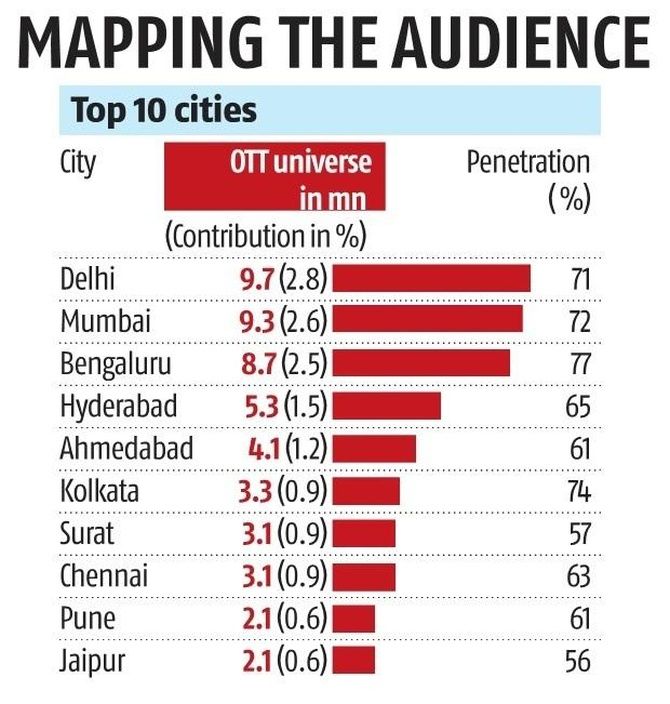 The second, somewhat confusing but interesting one is: An Indian OTT subscriber pays for 2.4 brands on average.

That takes the total paying population to 96 million. Think of it as going to the theatre.

More than a billion tickets were sold in India in 2019, but that doesn't mean a billion people saw a film. The average filmgoer paid for 3-4 tickets in a year.

The third set of findings is on the demographic cuts.

All four segments have a male and urban skew, which is most pronounced in the SVOD (paying) segment.

In contrast, the AVOD and YouTube + Social Media only segments are heavily present in markets with a population of less than 1 million and in rural India.

Maharashtra is by far the leading state for the SVOD (paying) segment, followed by AP-Telangana and UP-Uttarakhand.

The indexing from population to monetisation is the best for the 22-30 years age group, where 14 per cent population contributes 31 per cent of the 96 million paid subscriptions, says the report.

That seems strange, given that people in the 40s and above would have better purchasing power.

"It is not an affordability issue; it is a taste issue. The 40-plus population is more linear," says Kapoor.

Their share of paid subscriptions is a huge 59 per cent.

This, says Kapoor, highlights the opportunity available to expand the SVOD market outside the big cities. 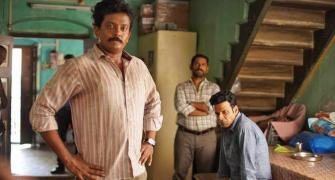 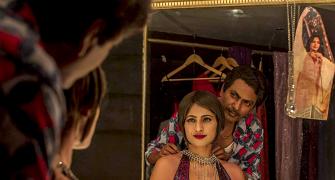 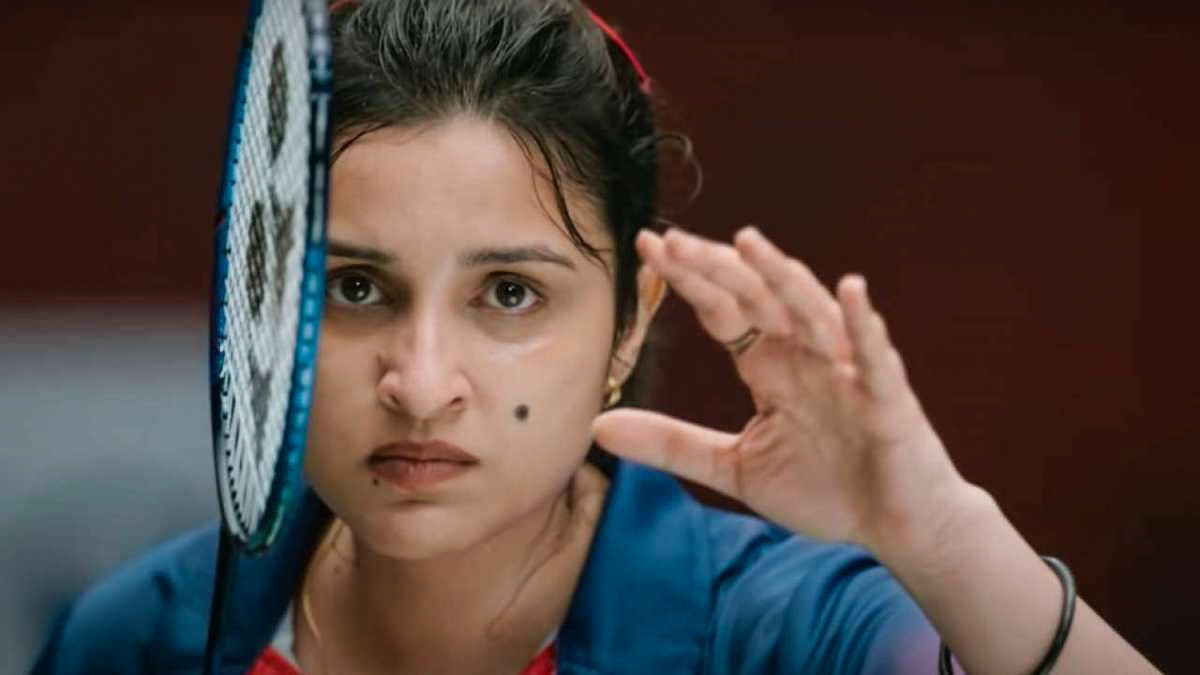 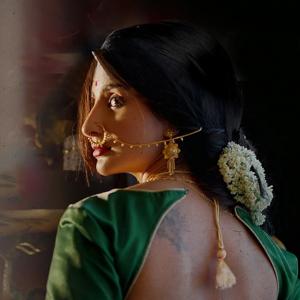