From convincing film-makers to do shows for online, to having a slate with some of the best films and shows, Amazon Prime Video has come a long way since it came to India four years ago.
Vanita Kohli-Khandekar reports. Sudip Sharma's Paatal Lok grips you from the word go. The down-and-out Inspector Hathi Ram Chaudhury's investigation into the assassination attempt on a famous news anchor surprises and shocks in equal measure. It is well written and perfectly cast. Not surprisingly, it is on every list of the top 10 streaming shows in 2020.

From convincing film-makers to do shows for online, to having a slate with some of the best films and shows, Amazon Prime Video has come a long way since it came to India four years ago.

In the world of streaming, if Netflix is seen as a premium, urban brand a la HBO, Prime Video is a popular, mass-market one like Zee.

It has even added cricket and a watch party to its service. Prime Video is now among the top five over-the-top (OTT) platforms in India.

It has leveraged the fact that it is owned by the world's largest shopping site, the $280 billion Amazon.com, well. 'When we win a Golden Globe, it helps us sell more shoes,' Amazon founder Jeff Bezos told a conference in 2016. Being part of Amazon is Prime Video's biggest strength, and challenge. At Rs 999 a year, the Prime service offers free shipping for eligible products; it also throws in Prime Music and Video subscriptions.

How do you compare it to 'pure-play' services like Netflix that are not subsidised by anything, say analysts.

"Amazon's offer is much wider than Netflix's. It relies on so much more than simply video content to advertise and sell Prime memberships. For example, for last year's Prime Day, the key advertising message was a 40 per cent discount on mobile phones," says Tony Gunnarsson, principal analyst, online video at UK-based Omdia.

Globally, the record of non-media firms that try their hand at video -- Walmart, MediaMarkt, Carrefour, Sainsbury's -- is pretty dismal.

Last year, it spent an estimated $7 billion on content. That is roughly half of what Netflix spent and more than twice that of Hulu or Disney+. In India, this investment has paid off.

At 57 million unique viewers (as of October), India is Prime Video's single-largest market, bringing in roughly half its global reach, according to Comscore's data. It had less than half as many in the US in the same month. A rough calculation puts its India revenues at Rs 1,500 crore (about $204 million), making it the largest OTT after YouTube by top line.

"In India, Prime and Prime Video came within months of each other. Everyone understands Prime as a holistic programme. Its members come for video and go shopping or vice versa," says Gaurav Gandhi, director and country general manager.

Amazon's reach across 4,300 cities and towns works in Prime Video's favour. But as Vijay Subramaniam, director and head content, points out, "A customer won't watch something because it is part of a package."

He won't. In June 2020, 60 OTTs were fighting for the attention of India's 662 million broadband users, of which 395 million watch streaming videos.

This in a market that made just Rs 8,000 crore (Rs 80 billion) in revenues. Clearly, the Indian viewer is pretty pampered.

"When I joined Amazon (in 2016), there was a lot of scepticism. Inside Edge changed everything," says Aparna Purohit, head of India originals.

Inside Edge, Prime Video's first original was also the first time a streaming service had put out a new show, not old episodes from TV, online.

For film-makers, it illustrated the strengths of a creatively liberalising format with the distribution and marketing muscle of TV. It was soon followed by Netflix's Sacred Games and many others.

"There was a massive learning curve on both sides. The industry learnt what it takes to be part of a digital service with global reach," says Subramaniam.

"The more local the stories are, the more global they are. Anything nuanced, authentic and creative works. Every fifth viewer of our originals like Breathe or Mirzapur is from outside of India," says Purohit. This crossing over of shows and films now happens within India, too. "Fifty per cent of the consumption of Indian language movies is outside the home state," points out Gandhi.

From five Indian languages, Prime Video now offers films and shows in nine and a user interface in three, pushing it way ahead of any other global streaming app.

"A local content strategy is key. This is why we are investing heavily in both originals and licensed content in India. Outside of the US, we produce the most Amazon originals in India," says Jay Marine, vice-president (worldwide), Prime Video.

From Soorarai Pottru (Tamil) to Shakuntala Devi (Hindi), it has bid for and released some of the biggest movies online.

Subramaniam and Purohit keep talking about looking for gaps in the market. When it entered India, comedy was on the rise. "But beyond local performances and YouTube, there was nothing," says Subramaniam.

Prime Video actively mined the genre with artistes such as Zakir Khan and Biswa Kalyan Rath before creating Comicstaan.

The nine-episode series with seven comedians trying to find the next big name in comedy is now in its second season.

Adds Subramaniam, "Infrastructure -- post-production, VFX -- remains a challenge. The industry needs to look at it, otherwise, it will hamper scale."

The competition is not just Netflix, Disney+ Hotstar or MX Player, but scores of smaller sharper rivals such as Hoichoi in Bengali and other languages.

The viewer has changed too as he overdoses on good films and shows. How will Prime deal with this new ecosystem?

"It feels good," says Purohit, "that the entire ecosystem zeitgeist has changed. It encourages us to push the envelope." 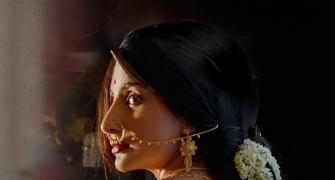 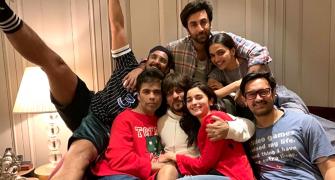 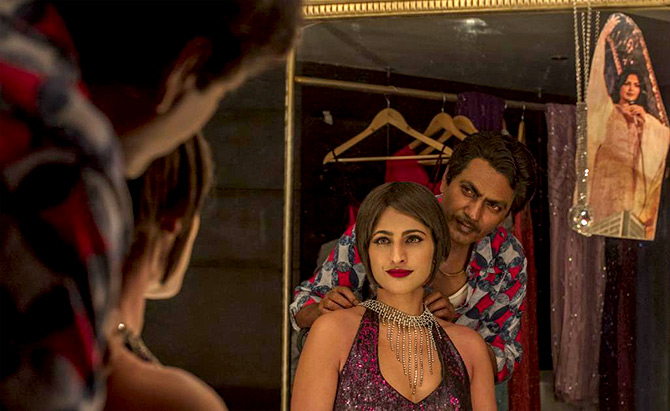