After welcoming Lord Ganesha into their homes with much fanfare, it was time for the stars to bid Him farewell. Debina Bonnerjee and Gurmeet Choudhary step out for Ganpati visarjan. Debina, who is pregnant with their second child, joins in the aarti even as fans surround the couple. Maniesh Paul with his wife Sanyukta, their children, Saisha and Yuvann and Bappa. They join the hundreds of Mumbaikars, who head out for Ganpati visarjan. Mika Singh performs aarti along with the contestants of his show, Mika Di Vohti. 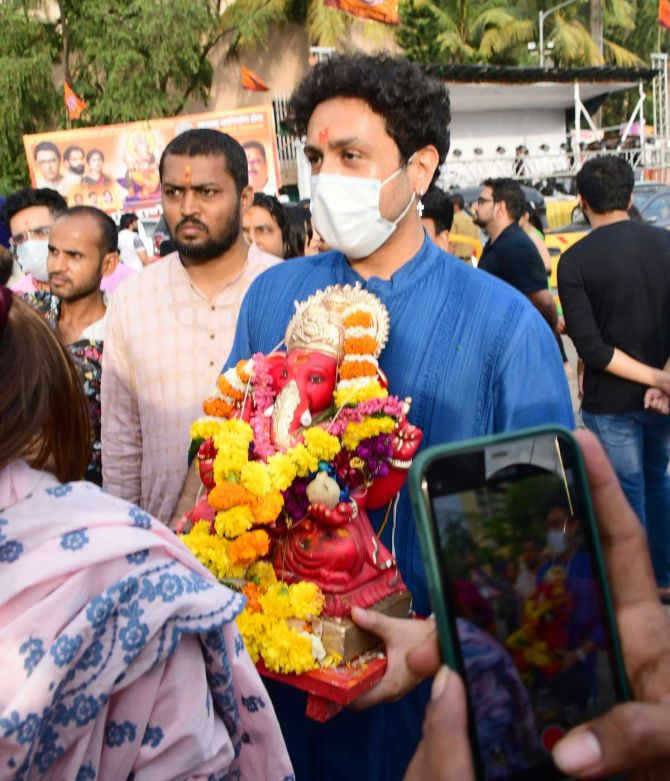 Addhyayan Suman steps out with his Ganpati. Mallaikaa was a part of Addhyayan's single, Jab Se Dekha, and will soon make her Bollywood debut opposite him. Indra Kumar -- who has directed blockbusters like Dil and Beta -- his wife Bina and their family get ready for visarjan. 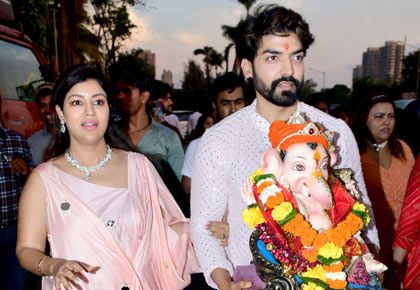 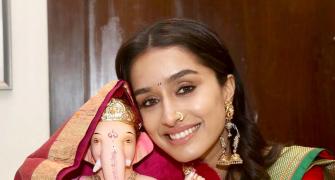 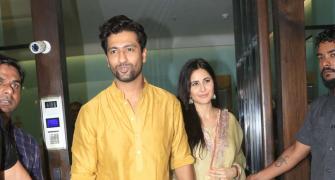 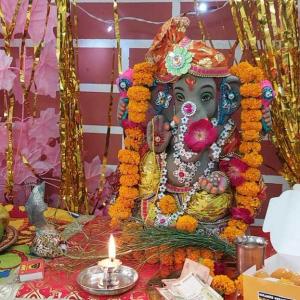