'I haven’t got even one day off to go somewhere and eat good food.
'We have been shooting in the nights, packing up in the morning and travel long hours back home from the shoot.
'I can’t even sleep because my dogs keep barking!' 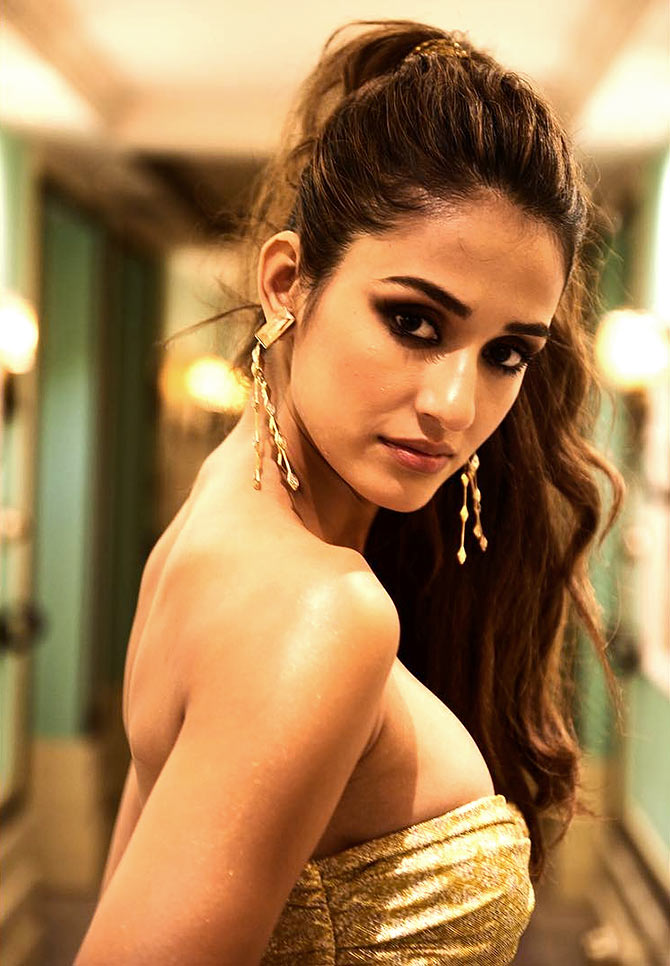 She's very excited to be a part of this mega Eid release, opposite a superstar like Salman Khan.

But it's hasn't been an easy ride.

"A week before the shooting, I broke my knee," she tells Rediff.com Contributor Ramesh S.

How did you get Bharat?

I got a call from Ali sir (Ali Abbas Zafar, the film's director) and he asked if I would be interested in doing a role in his film.

He showed me a few references about what he wanted and narrated my character briefly.

I loved it and said yes. 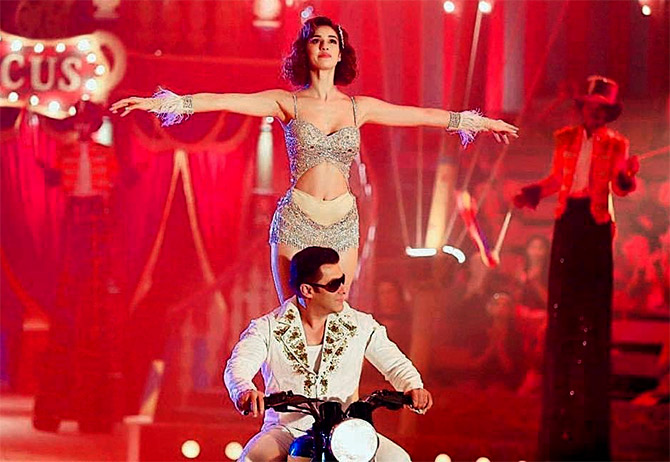 Was it tough to work on the dialect?

It was a bit challenging because that’s not how we talk.

It’s different how people in the circus speak; they are more bindass.

But, more than challenging, it was fun.

It’s good to do different kind of things in your career.

Did you undergo any training for your role?

The reason Ali sir called me was because that he had seen a few of my videos on Instagram, doing flips and other stuff.

They needed a girl who was able to do such stuff, that’s why they approached me.

After saying yes, I went through vigorous training for two months, which was scary because, if you are training for yourself, you don’t have a specific time limit. But in a film, there is a time limit. So I was really stressed.

I still remember, a week before the shooting, I broke my knee.

I doing a front flip and thought I landed right but got a major jerk on my knees.

I was doing gymnastics, going to the gym, doing dance rehearsals for three-four hours a day... so my body was going through a lot of pain.

My body broke at that point and I was on bed rest for about a week before the shoot.

It was very tough and painful but, finally, we did it.

Now, I feel it was all worth it. 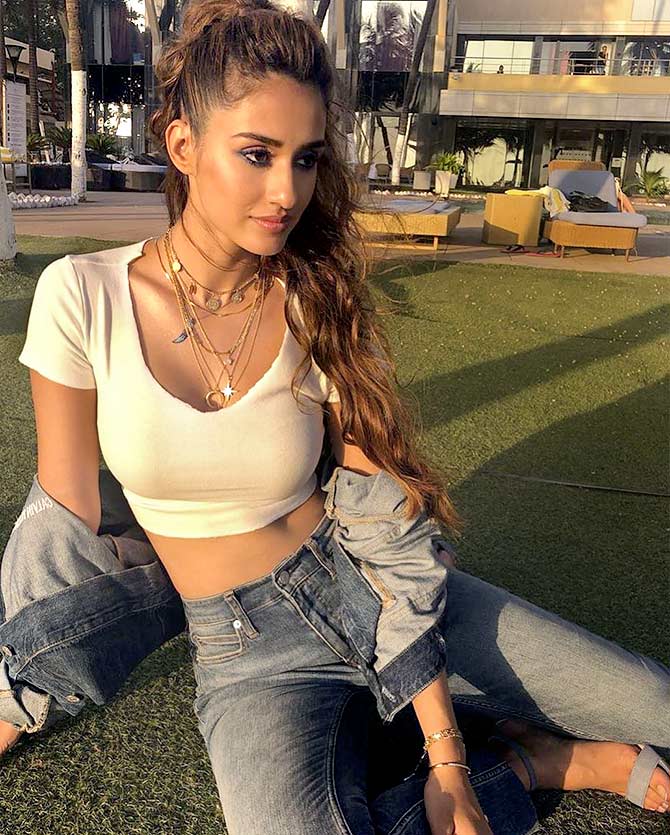 There’s been a lot of feedback that you look like Helen in the film. What do you think?

I think the credit goes to the stylists and Ali sir.

They had all these visuals in their head and they decided what they want to project on screen.

Were you intimidated about sharing the screen with Salman Khan?

It's a good opportunity and I don't know if I'll ever get it again.

When Ali sir told me that the film had Salman sir, I felt there was an age gap. But he’s shown to be younger in the film, so it was exciting.

He is such a nice person, very kind and grounded. I learnt a lot.

Salman is known for his unique dance style. Was it tough to match up?

You have to dance according to him. That's how it is.

You have to see what he's doing and go according to that because he has this charm.

He makes everything his own.

That's what you call 'the Salman Khan style'. 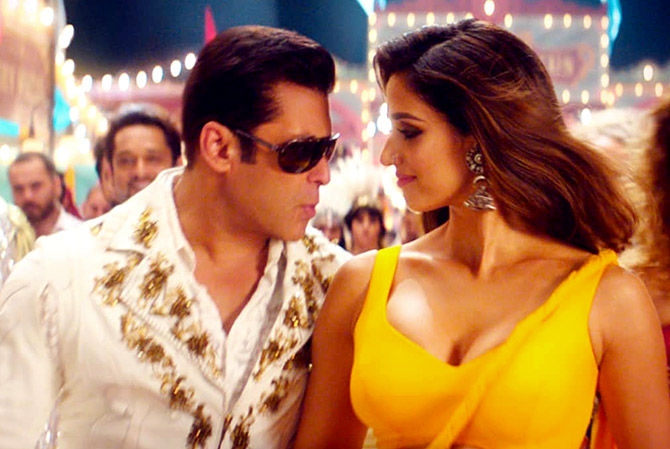 IMAGE: Disha and Salman Khan in the Slow Motion song in Bharat.

The song Slow Motion has become a rage.

I love massy songs and am a huge fan of item numbers.

I have grown up on Bollywood songs and this is my first massy song with Salman sir in it.

I am very happy that people accepted it.

This is your first big Eid release. Excited?

I haven’t got even one day off to go somewhere and eat good food.

We have been shooting in the nights, packing up in the morning and travel long hours back home from the shoot.

I can’t even sleep because my dogs keep barking!

My life is in a state of chaos.

But I am happy and excited about everything. 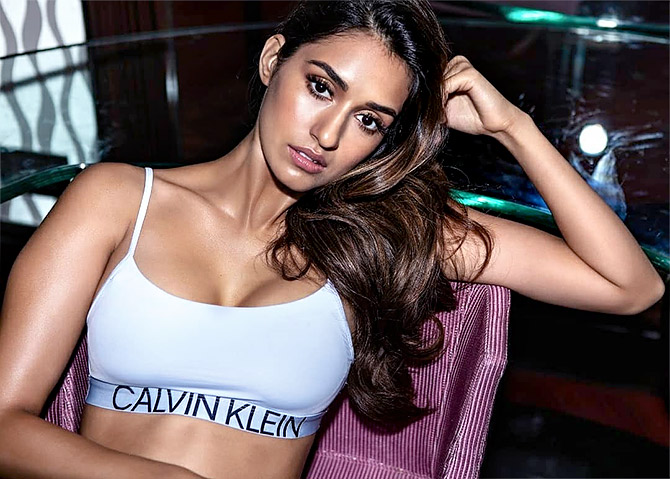 You are in touch with Jackie Chan. Would you like to show Bharat to him?

I think he is one of the busiest people in this planet!

He has never taken an off in his life, even for a day.

Even at this age, he shoots for films, dubs till late at night and then goes directly to the sets.

My guess is he doesn’t sleep at all.

He liked my look in the film.

Were you ever skeptical of the limited screen time your character gets?

When Ali sir called me, he told me it's a special appearance.

I am more than happy to be a part of such a great cast.

I don't think about competition.

It's always great to learn and work with these people. 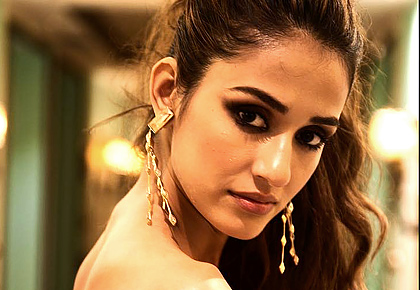 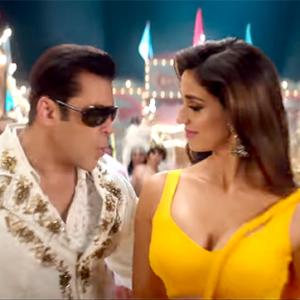