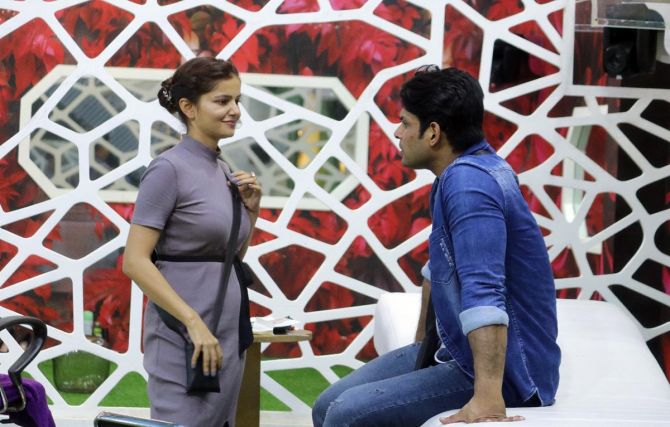 Day 4 at the Bigg Boss house starts with Sidharth Shukla and Rubina Dilaik getting into an argument regarding the rules to be followed by the latter, as she is still the rejected contestant.

However, their tiff is nothing in comparison to what happens shortly after.

The celeb contestants have to decide the seven items that would be brought from the BB mall for the day.

Hina Khan, who is in charge of the BB mall and luxury amenities, announces that Sara Gurpal will get two items as she hardly has any clothing with her.

The rest of the housemates can decide who gets what. That's when the trouble starts brewing.

Nikki Tamboli wants her ex-boyfriend's T-shirt and boxers from her bag and isn't ready to budge.

The rest of the housemates try to make her understand that a lot of people haven't even got a chance to get something from the BB mall to date.

Everyone asks Nikki to let go of her demands so someone else can get a necessity item.

The whole house stands against Nikki as she refuses to back down.

To make matters worse, Gauahar Khan announces that none of the contestants will get to eat food until they decide the seven items that need to be brought from the BB mall.

All the contestants are annoyed with Nikki, leading to fights.

A little later, the actress tells Hina that she can't compromise so early in the game especially when none of the housemates are her friends. 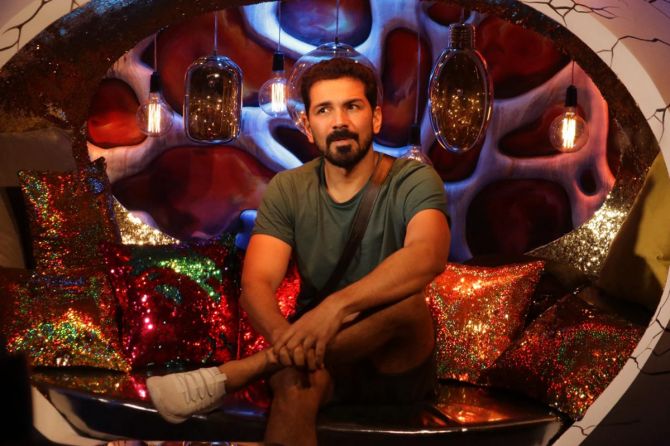 On the other hand, Bigg Boss gives Abhinav Shukla an opportunity to bring his wife Rubina to stay inside the house.

The television actor has to give up his immunity in order to remove Rubina's rejected tag.

After thinking hard for a few seconds, Abhinav declines the offer and his wife continues to stay in the lawn area. 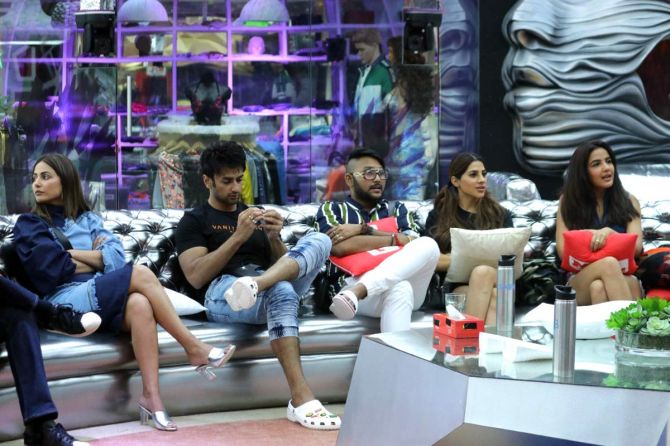 Coming back to Nikki, everyone around the house talks about her and how she is being so stubborn.

Nishant Malkhani, Jasmin Bhasin and even Jaan Sanu try to talk sense into Nikki but their efforts fail.

Ultimately, after a lot of drama, Ms Tamboli gives up her demand after Sidharth Shukla has a word with her.

The contestants are relived with her decision.

Pavitra points out that Nikki only gave up because Sid told her too. This irks the former Bigg Boss winner and he gets into a heated argument with Pavitra. But they quickly sort out their misunderstanding. 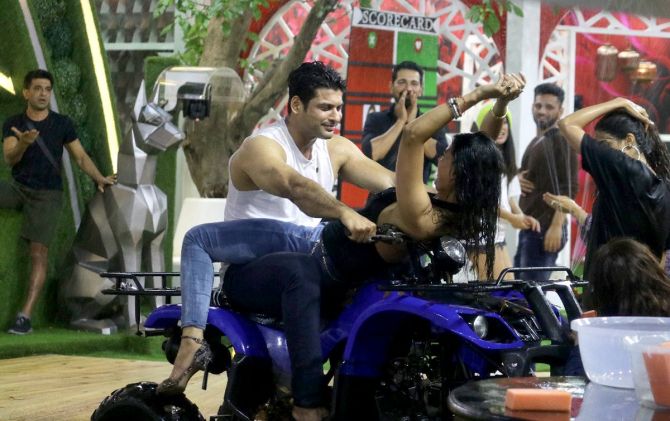 Later in the day, Bigg Boss announces the new immunity task but it’s only for the girls.

In order to save themselves from the nominations, Jasmin, Sara, Nikki, Pavitra and Rubina have to impress Sidharth.

The task is divided in three parts.

In the first round, the girls have to flirt with Sid and get a tattoo from him. 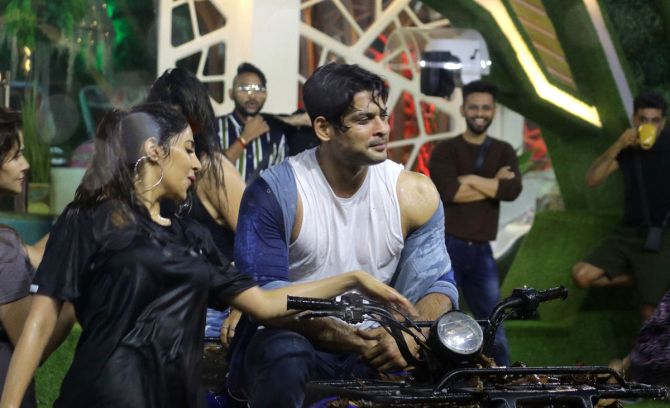 In the second round, they have to dance with him for a music video.

In the last round, the girls will have to carry a tray and Sid will have to fill their glasses depending on who manages to impress him the most.

At the end, the girl with most number of filled glasses will win the task and immunity along with it. 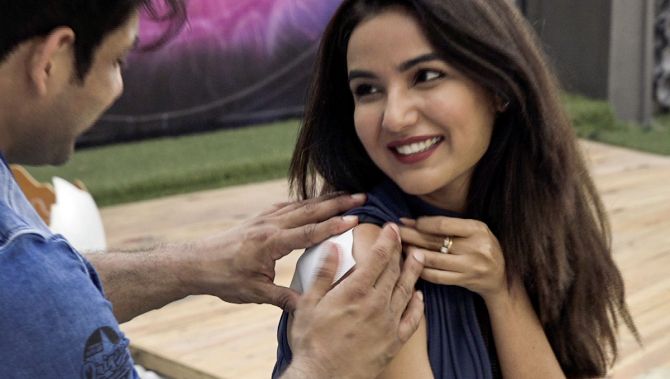 As soon as the task starts, Pavitra approaches Sid and tries to sweet talk with him while getting a tattoo.

The rest of the girls do the same.

Nikki, apart from getting the tattoo, also asks Sid to help her win this task.

She tells him why she deserves the immunity instead of the other girls. 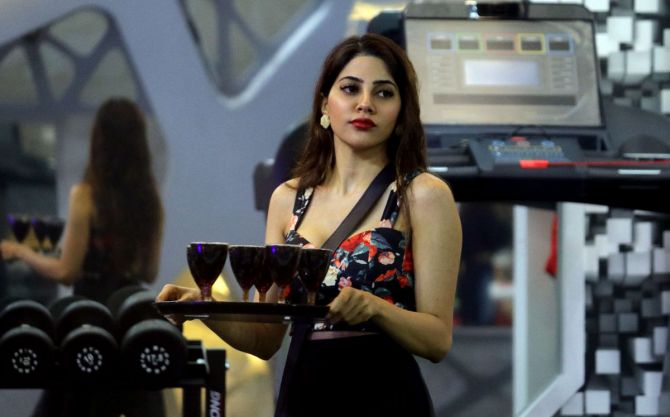 At the end of the first round, Shukla announces that Sara is out of the race as she could hardly strike a good conversation with him.

Pavitra, Rubina, Nikki and Jasmin move forward to the second round. 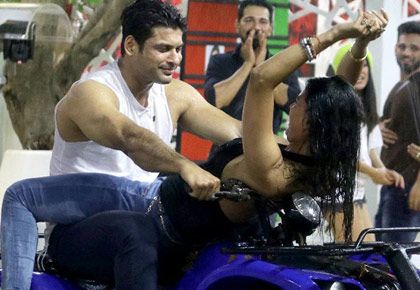 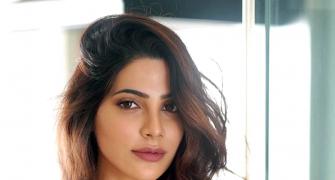 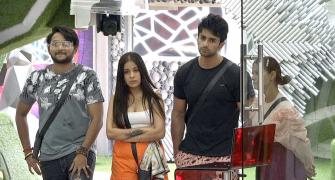 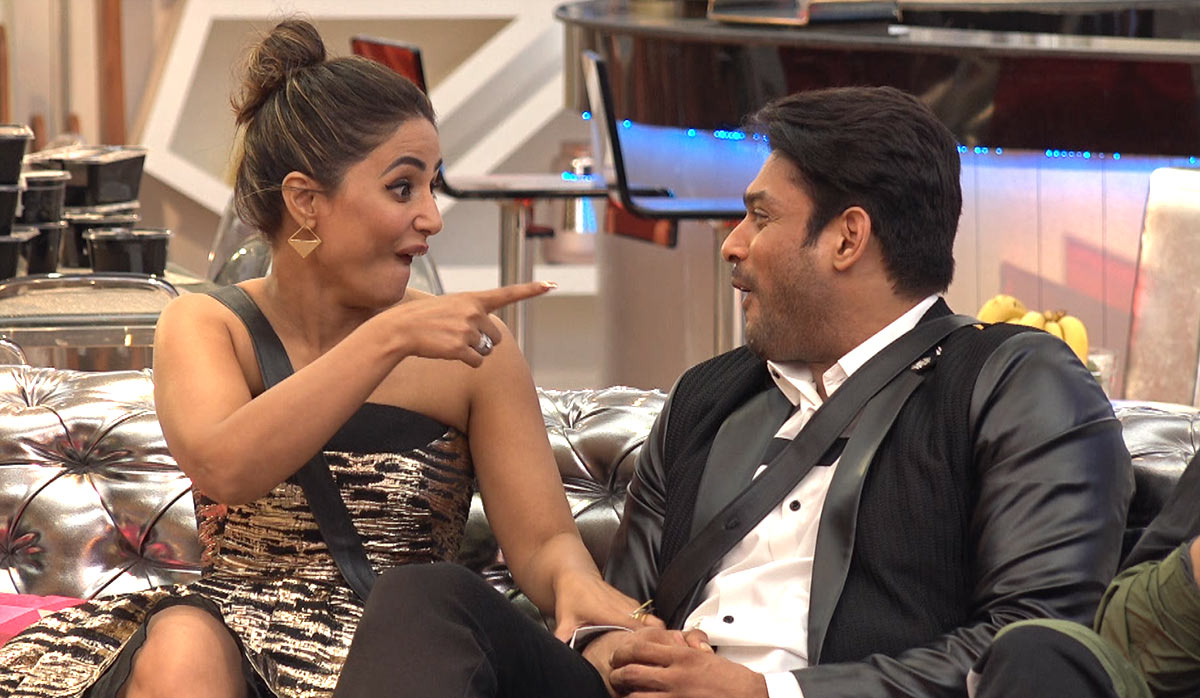 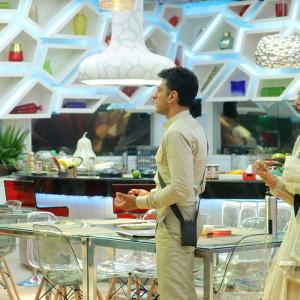