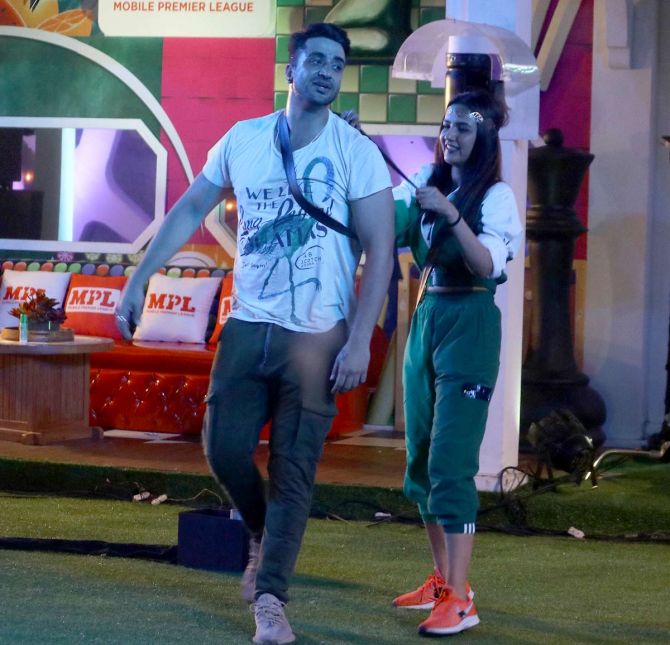 In order to save himself, Eijaz Khan has to convince Jaan Kumar Sanu to destroy his family photograph.

Jaan does the task and saves Eijaz, making the latter emotional.

Next, Nikki Tamboli is asked to take the seat.

She has to get Rahul Vaidya to sign a declaration form and give it to Jaan.

The form says that Jaan is a bigger and a better singer than Vaidya.

Nikki pleads Rahul to save her from the nominations despite the fact that they had fought earlier in the day.

Rahul makes the task fun and asks Nikki what she would do for him if he signs it.

Nikki agrees to serve him tea and food till the time he stays in the Bigg Boss house.

Rahul also tells her to not irritate him and talk rudely.

Then it's Pavitra Punia's turn.

She has to convince Eijaz to destroy the two photo frames that he has.

After a lot of crying and drama, Eijaz does it and saves Pavitra.

The last contestant is Rahul. He has to get Pavitra to destroy 10 of her clothing items. Though Ms Punia isn't happy, she makes the sacrifice.

At the end, Bigg Boss announces that Shardul Pandit and Rubina Dilaik have been nominated this week.

The next morning, everyone discusses the nomination task.

While Aly tells Jaan that he did not understand why Nikki and Abhinav made sacrifices, in the kitchen area, Rubina and Abhinav chat with Shardul and tell him they were surprised to see people cry unnecessarily in the task. 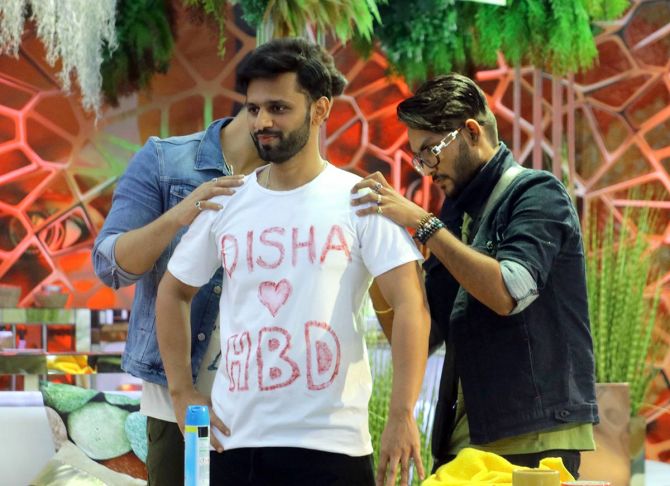 A little later, Rahul has an announcement to make.

He says that there is someone special in his life and that it's her birthday today.

He wishes her in filmi style and reveals that her name is Disha Parmar and that they have known each other for two years. 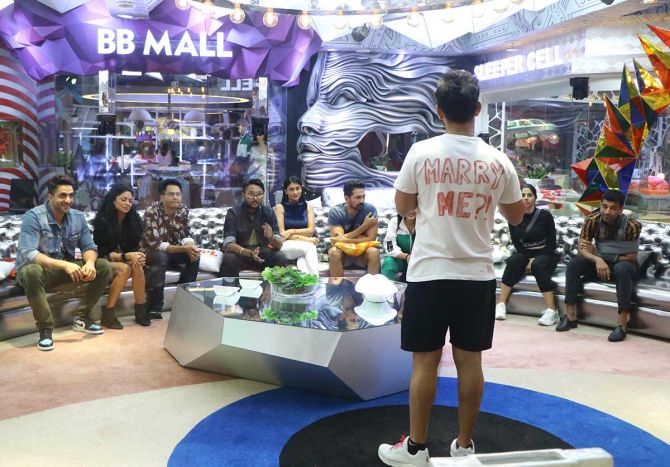 Rahul proposes marriage to her on national television!

The housemates cheer him.

Rahul expresses his feelings for Disha through a song that he sings.

He ends his proposal by asking Disha to get in touch with the Bigg Boss team to let him know her answer.

Will a wedding take place inside the Bigg Boss house? Let's wait and watch. 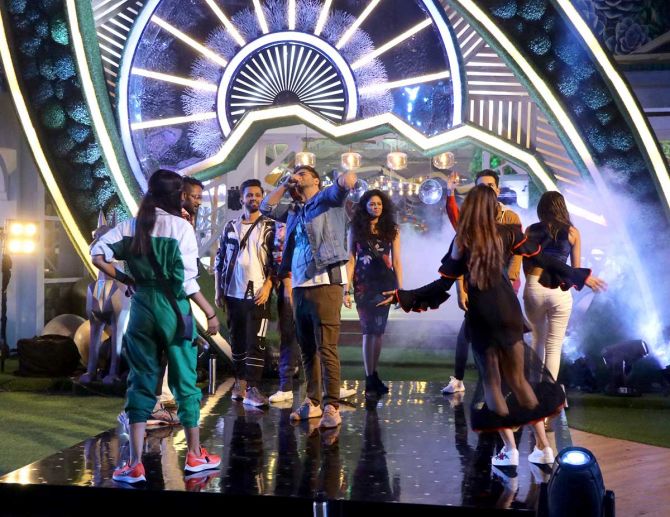 At night, Bigg Boss announces a dance party has been arranged for the contestants.

But there's a twist.

The all night dance party is actually a captaincy task.

The contestants have to dance all night in the garden area where a stage has been set up.

The last person standing on the stage by the end of the task will be the new captain.

The housemates get ready to burn the dance floor. 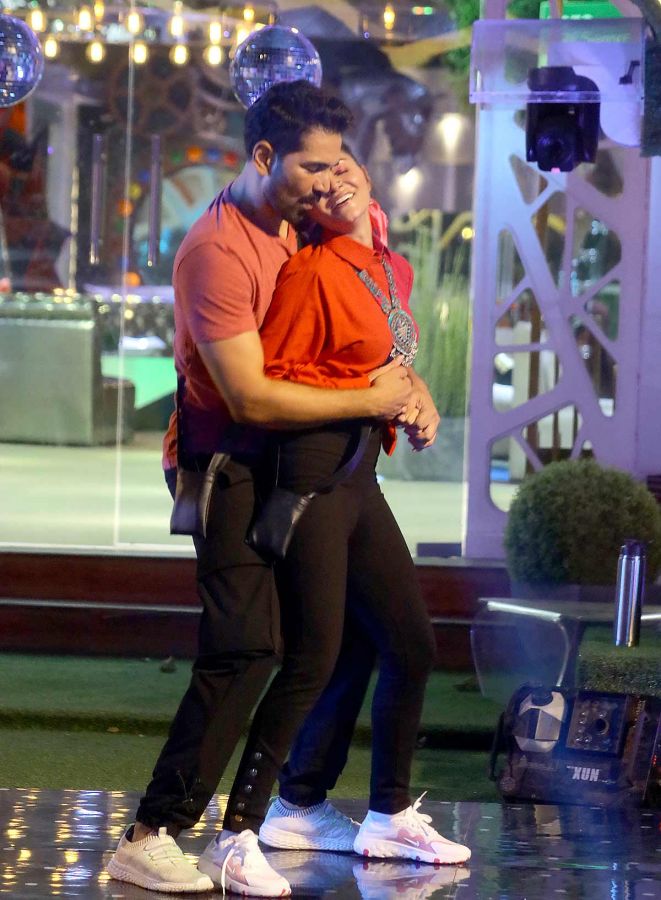 As soon as the DJ starts playing the music, everyone starts dancing and enjoying.

After the first round, the housemates have to remove two people from the captaincy race. Since Eijaz and Rubina broke rules unintentionally, most of the contestants vote against them.

Eijaz defends himself and gets into a heated argument with Abhinav. 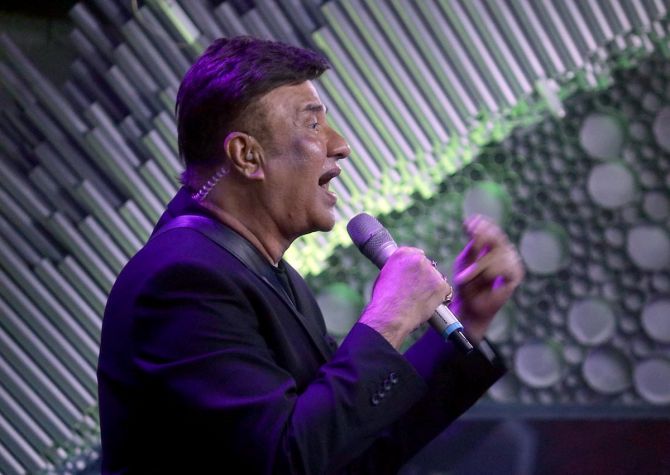 Soon the music starts and Anu Malik enters the house.

He praises Pavitra and Rahul for playing the game well.

He sings some chartbuster numbers and entertains the housemates.

After Anu leaves, it's time for everyone to decide the next two contestants that will be out from the task.

While a majority of them vote for Kavita Kaushik, Jaan also gets ousted from the task because of Nikki.

Aly Goni and Nikki get into a ugly spat after which the former decides to vote against Jaan. 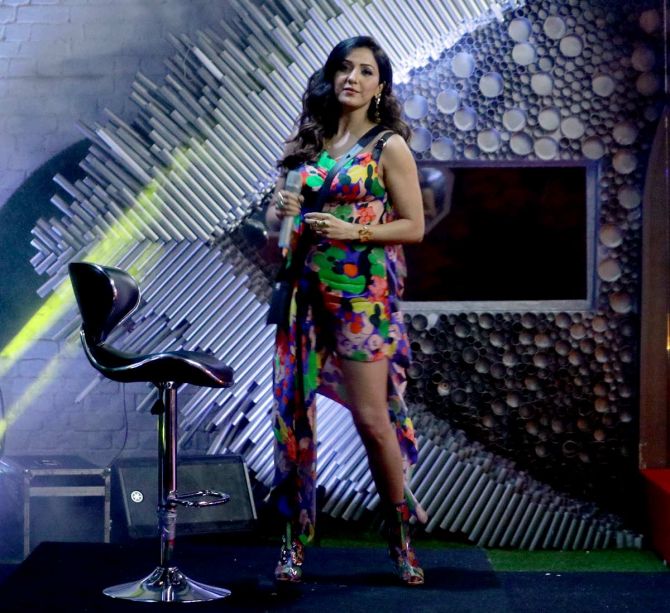 The task resumes and this time, Neeti Mohan enters the house to mesmerise everyone with her voice.

While everyone is enjoying on the dance floor, Aly tells Jasmin that he wants Nikki out from the task next.

He feels he should go with Rahul till the end.

But Jasmin wants him to go with Abhinav till the end.

Aly asks Rahul to vote against Nikki. He adds that his fight with Nikki has hurt his ego and now he wants to become the captain at any cost.

The two shake hands on their new strategy.

Will Aly, Rahul and Jasmin form a new group going ahead?

Or will Aly and Rahul's planning backfire? 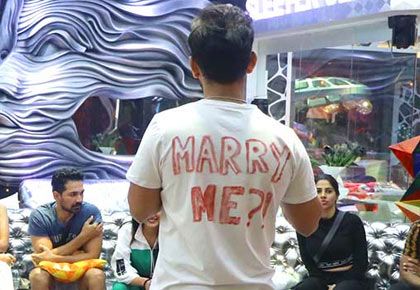 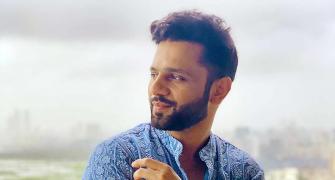 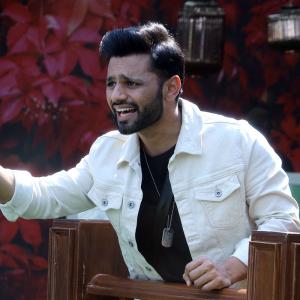 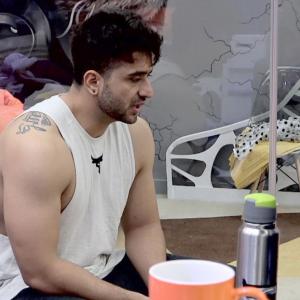