News
Business
Movies
Sports
Cricket
Get Ahead
Money Tips
Shopping
Sign in  |  Create a Rediffmail account
Rediff.com  » Movies » 'An actor is only a spare part in a car'

'The story has to be told well, it has to be marketed and presented well, and now, released well too.'
'Only then will the film do well.'
'The actor walks away with the victory credit, but we do not give enough credit to the script writers, directors and producers who put up a film that shines.' Kunal Kemmu reunites with Mohit Suri -- who directed his adult debut film Kalyug, way back in 2005 -- in the multi-starrer Malang.

In a free-wheeling conversation with Rediff.com Contributor Divya Solgama, Kunal looks back at the movies that mattered most, and says, "People say I took a break, but I don't think any actor takes a break because he wants to chill. It is either that he is not getting much work or he is getting work that he does not want to do."

You reunite with Mohit Suri after 15 years. How was the experience this time?

I used to ask him why didn't we work together again after Kalyug.

One day, very candidly, he told me that with Kalyug, we had set a bar as a team, so whatever we do together will be compared with that. People should not think they could not create the magic they did in Kalyug.

When I read the script of Malang, I understood what he meant because I was organically attracted to play a certain character and it was special in so many ways.

With Kalyug, I was breaking the mould of child actor. With Malang, I have never played such a part.

I have to give credit to Aseem Arrora as well, who has written the screenplay along with Mohit.

Malang is such an interesting film because of its characters; it's very intriguing.

The trailer has been appreciated and I hope that people watch this film because it won't let anybody down. 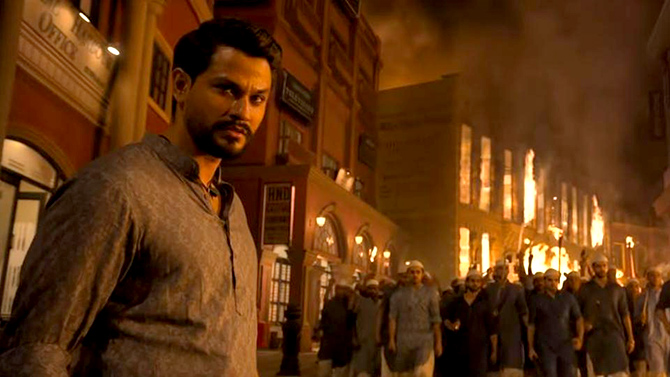 Kalank didn't do well at the box office, but your performance was appreciated.

It's a bitter-sweet feeling.

It would have been great if the film had done great and then you get appreciated.

Honestly, if I talk about my character Abdul in isolation, I was not prepared for such a reaction. I was overwhelmed.

It was actually a guest appearance and the only negative part in the film.

But while shooting, it was a lot of work and did not feel like a guest appearance.

I have done theatre and they always say that the length of your appearance does not matter. The work does.

With the respect to so many great actors playing their part in such a magnum opus film, making your mark and people talking about it is very fulfilling for an actor. Did that character help you get Malang?

I had signed up Malang way before Kalank.

Aditya (Roy Kapur) and I were the first two people who came on board for the film two-and-a-half years ago.

I have always been fond of him.

The situation has definitely changed now, but the players are the same.

We still talk like we did then, so it was truly fun to work with him again.

I am happy that even though the wait was long, we finally found something worthy to do together. 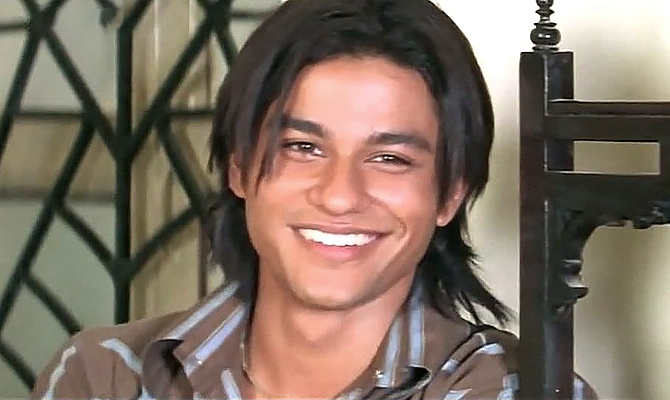 How much has Mohit grown over the years?

A lot of people talk about his growth, but what I love and appreciate about him is what he has kept himself intact.

His sense of music has stood the test of time.

When I heard Sun Raha Hai Na Tu from Aashiqui 2 the first time, I didn't think much about it.

But it grows on you and becomes an anthem.

He knows what will work tomorrow and understands relationships very well.

He makes me do things I don't know I can.

For me, it is not what he has done differently over a period of time, but what he has retained in every film.

Having said that, I believe Malang is by far the most visually good looking film he has made till now. A part of the credit goes to Vikas (Sivaraman, director of photography) because of the way he has captured the colours, textures and the darkness.

Anil Kapoor said he wanted to do your role in Malang.

I think it's a huge compliment for the role!

Actually, Malang is one of those films where every part is well written.

There is enough for everybody.

But you are more assured about your decision when an actor like Anil Kapoor says he wanted to play your part.

My character Michael is the only character who is not grey, but black and white.

He believes in doing the right thing; he is a righteous man.

He does not see what is good or bad while doing something right and so sometimes, he crosses the line.

The film happens on Christmas, when the world is celebrating. At the same time, there are murders.

In his investigation, he finds out that something had happened exactly on the same day, five years ago. This had started a chain reaction and all the characters in the film had unknowingly crossed each other's paths. 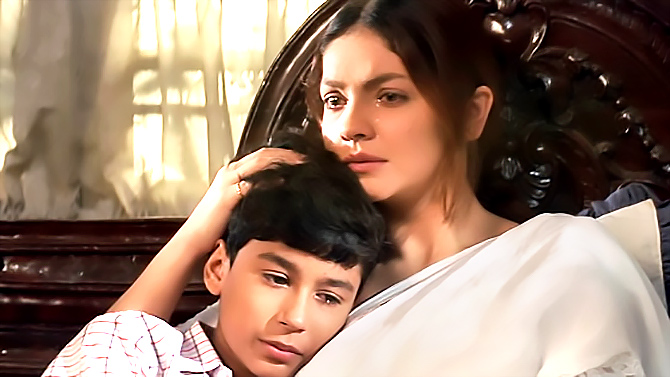 IMAGE: Kunal with Pooja Bhatt in Zakhm, when he was a child actor.

Have you become more selective in picking up films?

No, I don't think I have changed my process.

People say I took a break, but I don't think any actor takes a break because he wants to chill.

It is either that he is not getting much work or he is getting work that he does not want to do.

For me, it was important to choose films which are enjoyable.

When I started off, I was naive. Now, I know better.

There are many things that make a film good.

An actor is only a spare part in this car because the story has to be told well, it has to be marketed and presented well, and now, released well too.

Only then will the film do well.

The actor walks away with the victory credit, but we do not give enough credit to the script writers, directors and producers who put up a film that shines. 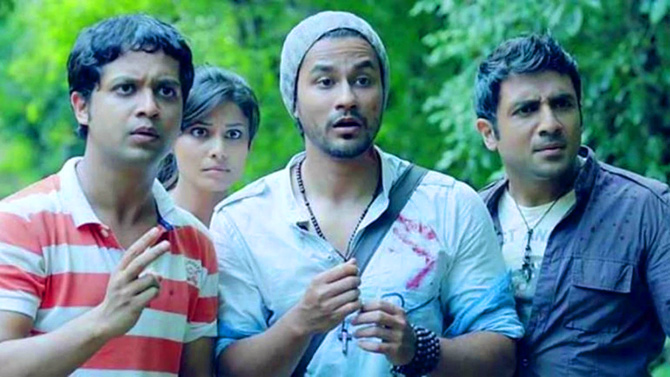 Go Goa Gone 2 has been announced.

In the last few years, we have announced it thrice.

But there were a lot of logistical issues.

I hope this time it sees through.

Officially, we don't have a script nor do we have any official commitment to it.

I am excited and happy about it because it is a baby that we -- including (Directors) Raj and DK -- had planned one fine day in a small room. Nobody (else) had believed in it.

Now after more than seven years, it's overwhelming to know that people want to watch it again.

Will Saif Ali Khan be a part of Go Goa Gone 2?

There has been a lot of speculation around about the cast and director.

The audience has always enjoyed your comedy and now, they have enjoyed your serious side in Kalank too. What genre are you looking to explore now?

I never categorise myself as an actor of a particular genre because then the industry and the audience will typecast you.

That's why I did a four-hero film as well.

I still remember that after doing comedy films like Dhol, only comedies started coming my way.

So I decided to do different brands of comedy like Go Goa Gone.

I want to do varied roles as an actor, and luckily, Kalank and the Web series Abhay came my way.

People accepted me playing different parts, so I got an opportunity to do it again with Malang.

Which film of yours do you think would have done better if it released today?

Superstar, with a different title. I had a problem with the title even then.

It was a double role and we had taken a lot of risks.

It was my first flop, but the word of mouth was good.

I have realised that even today, every young person relates to the film and they come to me and tell me what it meant to them.

It is my most special film till date, even though it did not do well at all at the box office.

It would have worked if a couple of scenes were done differently. 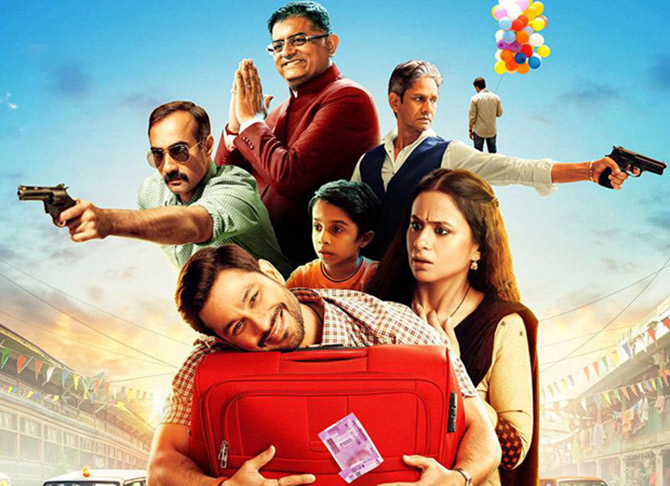 Everyone loves the trailer of your next film, Lootcase.

It is a very funny film and I am not saying that because I am in it.

I am usually very critical of my work, but it has some great actors and I am very excited about it.

It is a blessing that a platform exists for such comedy films because a lot of content could not come out earlier.

Are you doing the next installment in the Golmaal franchise?

Yes. It came as a surprise to me.

I was on a flight and someone congratulated me. I was clueless about it.

I am not sure if the script is ready yet. We just know there is an idea of making the next installment.

You are producing a biopic with your wife Soha Ali Khan. Tell us about that.

That is a long process and I feel bad we could not make it in time for Mr Ram Jethmalani to see it.

It is a big responsibility to take a personality like that, who had a career span of over 70 years, and to encapsulate the life that he had into a 90 or 100 minute film.

The script is near completion.

Hansal Mehta will direct, and we will start the casting process soon.

I am not working as an actor in the film; I will be associated as a producer only. 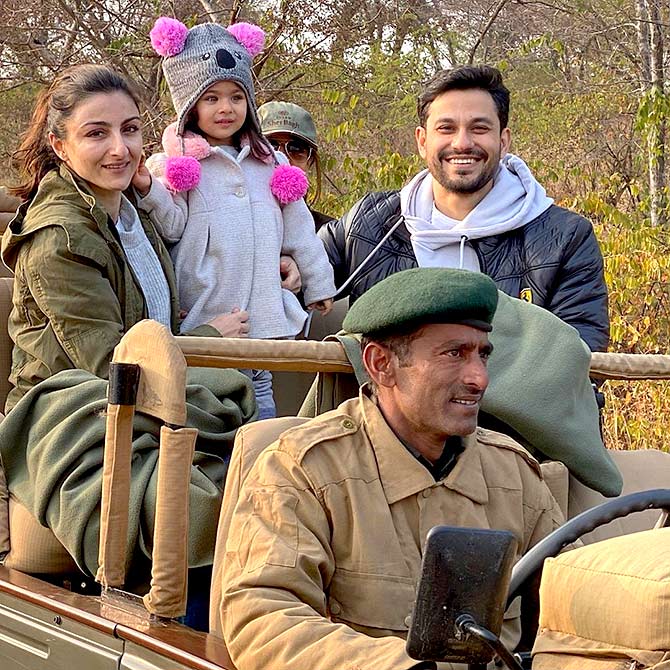 Did being a child actor help you become a successful actor?

My journey as a child actor was different because the times were very different.

The child actors of today are doing some insane stuff.

Fortunately, I stood out because of the kind of stuff I choose to do.

It was also easy for me because it was a hobby.

I mostly worked with (Mahesh) Bhatt sir and that gave me a lot of exposure.

I saw the change in technology, from a film to camera.

All those experiences definitely count.

Is there any genre you would love to try out?

I have never done an out-and-out romantic film; I don't know if it is a good or a bad thing.

I am not a big watcher of romantic films, but that is something I haven't done and want to explore. 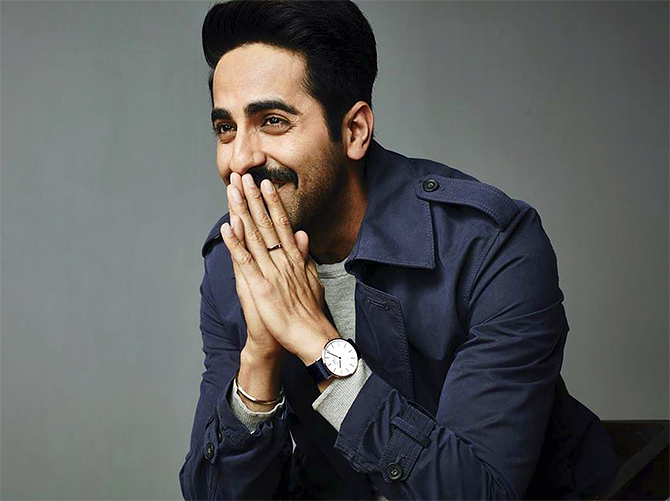