News
Business
Movies
Sports
Cricket
Get Ahead
Money Tips
Shopping
Sign in  |  Create a Rediffmail account
Rediff.com  » Movies » Why Irrfan Khan's passing is so personal to so many

Most of us have a memory like that with our fathers, tucked away in the back of our minds or hidden away in family albums.
Irrfan's passing took us right back.
It's also what made it so personal to so many of us, reveals Abhishek Mande Bhot. 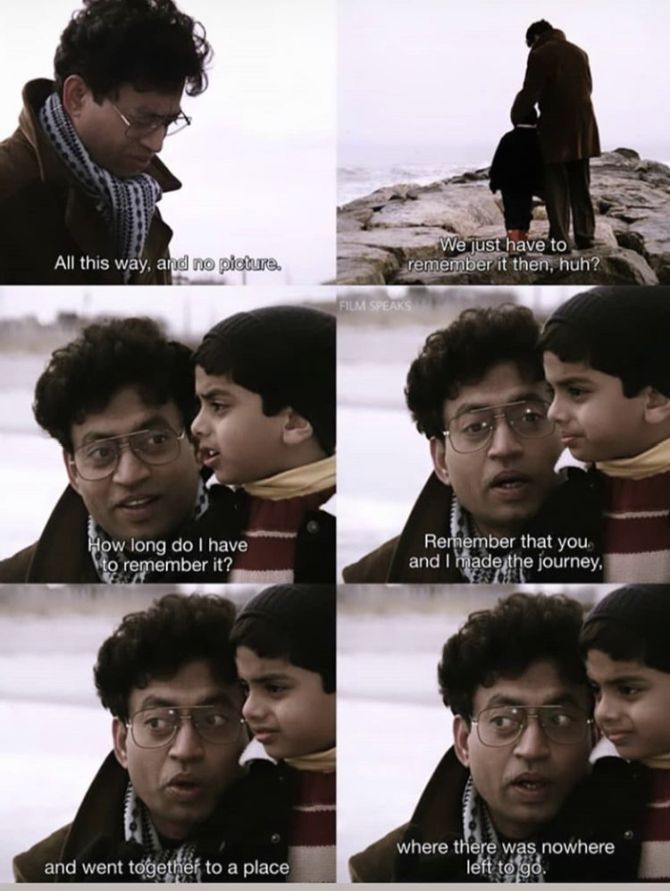 If your social media feeds even somewhat closely resemble mine, there's a possibility you've watched, likely with a lump in your throat, that scene from The Namesake where Irrfan Khan's Ashoke Ganguli takes his son Gogol to a rocky beach and, discovering he's forgotten the camera behind simply says, "We just have to remember it then... Remember that you and I made the journey and went together to a place where there was nowhere left to go."

The Namesake is about Gogol as he struggles with everything about himself -- from his name that his father gave him, his family, his culture, his roots - and his attempts to break away from all of it.

But, really, it's as much about Ashoke, the young middle-class Indian boy who decides that he has to 'pack a pillow and blanket and see as much of the world' as he can.

When Gogol decides to change his name, Ashoke says: "Do as you wish."

Even as Ashima struggles in the knowledge that Gogol is more at home with the family of his American girlfriend than his own, Ashoke probably knows that his son has to make his own journey before he returns home.

After all, wasn't it he who told Gogol what he was once told? "Pack a pillow and blanket. Go, see the world. You will never regret it, Gogol."

And so Ashoke watches, quietly and patiently, as Gogol must find his way around the world.

"You remind me of everything that followed," he tells Gogol before he passes, "Every day since then has been a gift."

Somehow, I never read Jhumpa Lahiri's book and, after the movie, I could never go back to the book.

It's also a movie I've never re-watched because it hit too close home.

Mine isn't an immigrant family living in suburban New York, but I think I recognised someone familiar in Ashoke.

With his oversized collars, khadi kurtas and quiet demeanour, Irrfan Khan's Ashoke was a man of duty, who knew he must work to support his family, save every penny he earned and give his children everything he possibly could.

You know he was once a romantic who sheepishly asks his wife of 20 years why she said yes to him all those years ago because he secretly wants her "to say 'I love you', like the Americans." 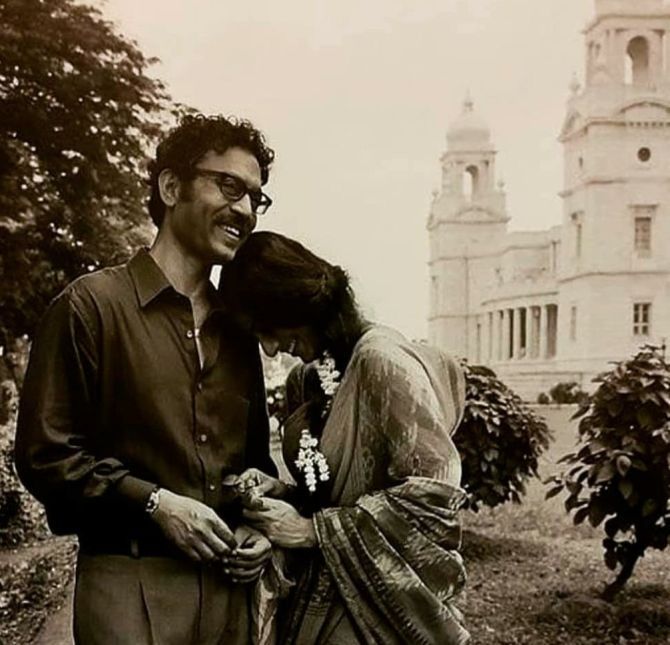 If you've seen the movie and have watched, struggling not to cry, that scene of a father telling his son to remember the journey they took together "to a place where there was nowhere left to go" chances are you, like me, saw someone you know in Ashoke too.

Irrfan's Ashoke Ganguli may not have been Atticus Finch, the father we wanted growing up.

But, I suspect, he was the father we got.

Most of us have a memory like that with our fathers, tucked away in the back of our minds or hidden away in family albums.

Irrfan's passing took us right back.

It's also what made it so personal to so many of us.

After Ashoke's death, Gogol finds his way back home as he comes to terms with his identity and his place in the world.

Ashoke isn't around to see that but, as Ashima tells Gogol, "He is with us."

The movie's tagline tells us that the greatest journeys are ones that bring us home.

Maybe someday, like Gogol, we too will return home. Perhaps. 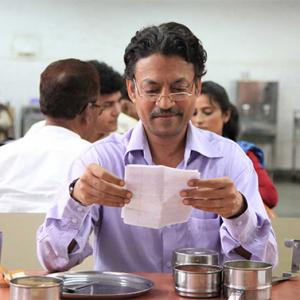