Irrfan Khan spent most of his years in the spotlight, making wonderful movies and memories for us.

He documented some of it on his Instagram feed, giving us lovely glimpses into his past.

His last post was on July 25, 2018, about four months after he announced that he had a neuroendocrine tumour. 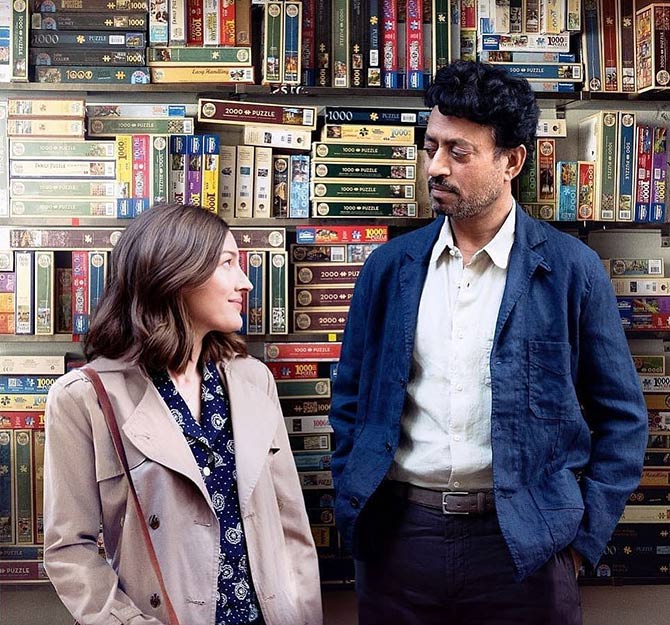 Irrfan's last post was a scene from his Hollywood film, Puzzle.

The film earned praise from Alec Baldwin no less, and Irrfan posted it: 'A film you MUST see this summer! Just saw a preview of Puzzle which opens this Friday in NY & LA. There is magic in this one - the writing, performances, cinematography, and score work together beautifully. Marc Turtletaub has made a wonderfully subtle film and Kelly Macdonald and Irfan Khan deserve serious recognition for their work here'. 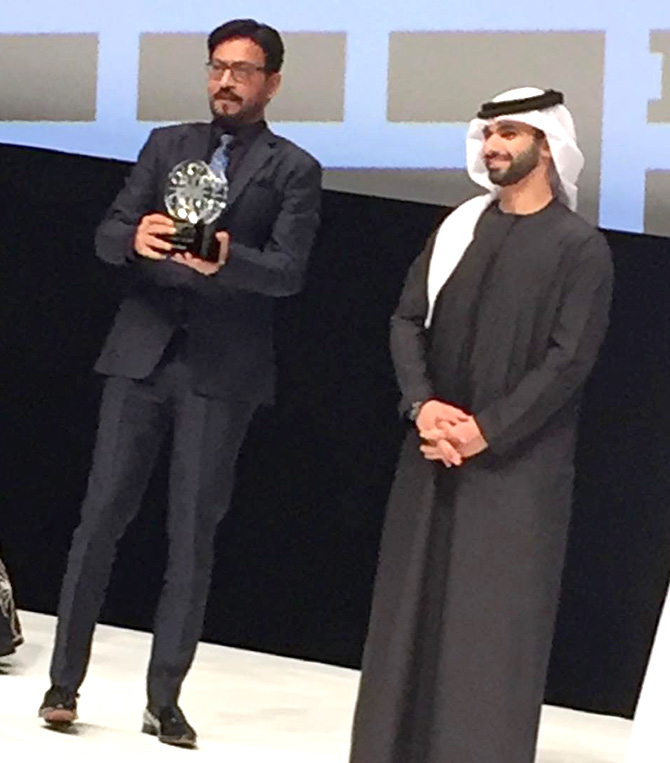 Irrfan's last award ceremony was at the Dubai International Film Festival in January 2018 where he was honoured for The Song Of Scorpions, Anup Singh's 2017 Swiss-French-Singaporean Hindi film. 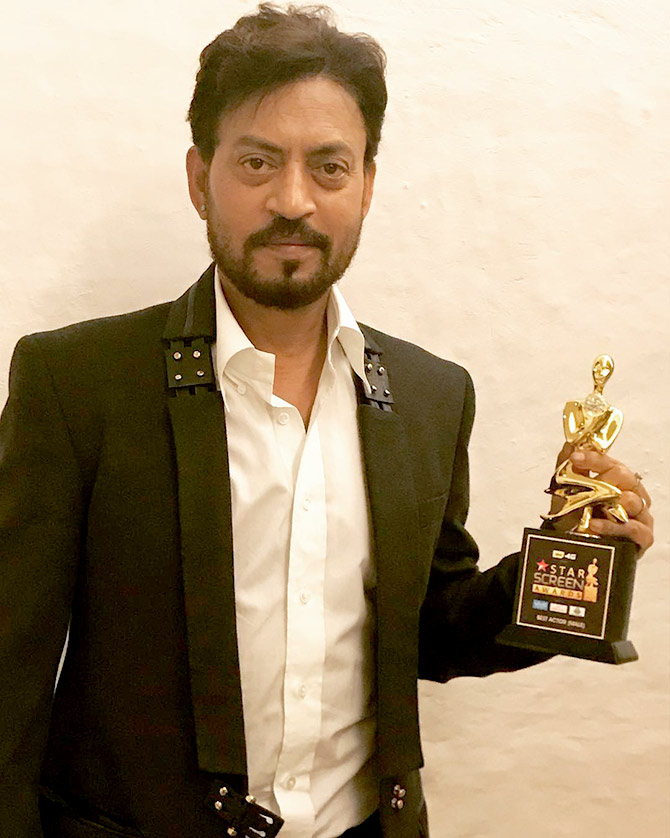 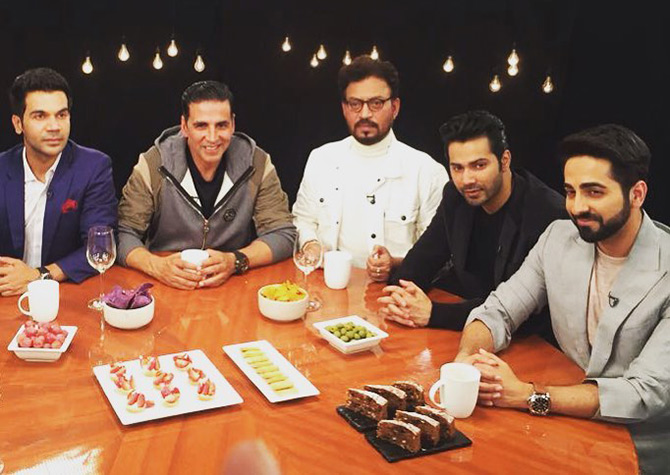 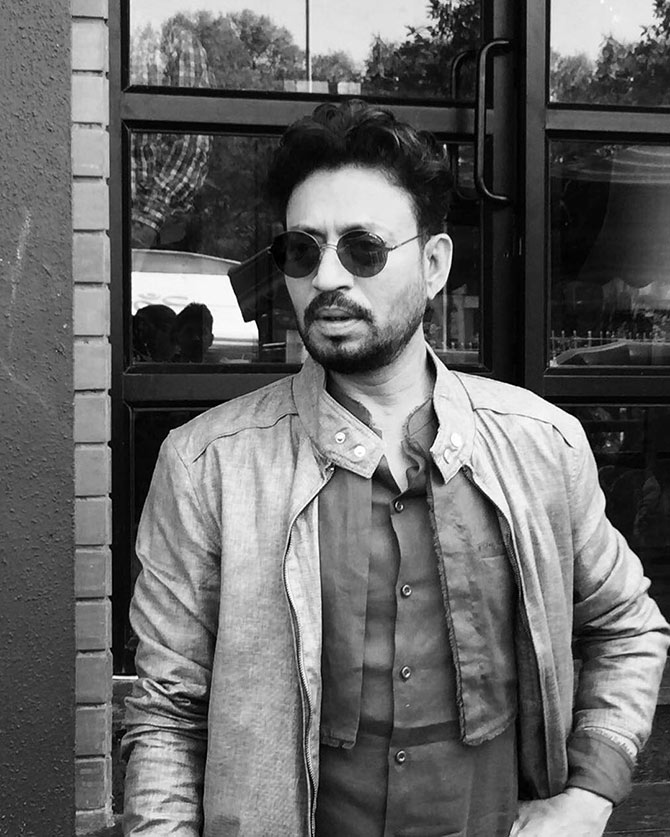 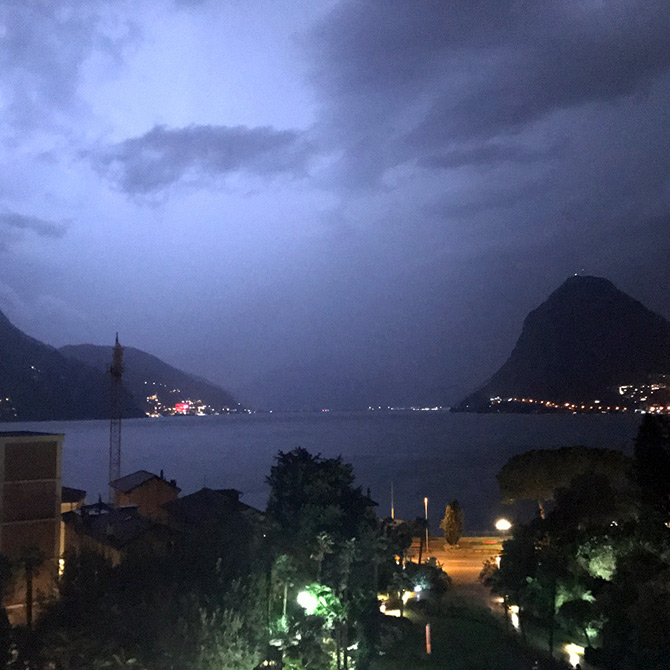 Irrfan shares a view from his room in Switzerland where he was shooting for The Song Of Scorpions. 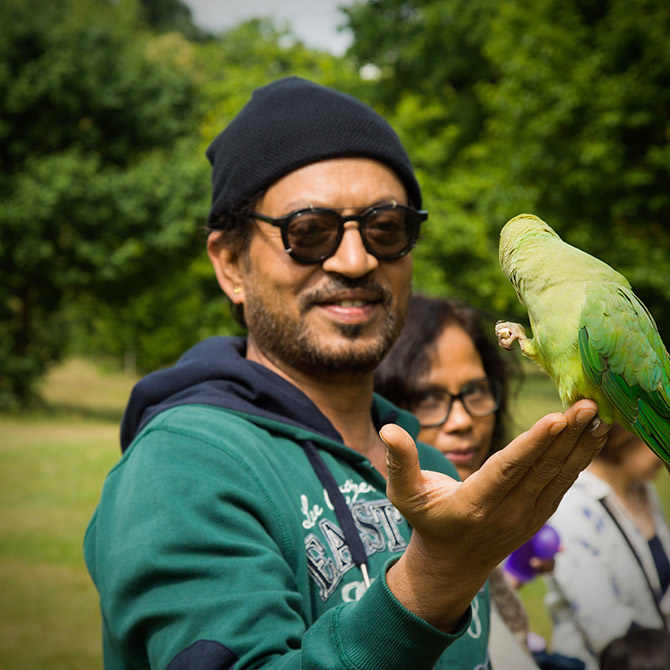 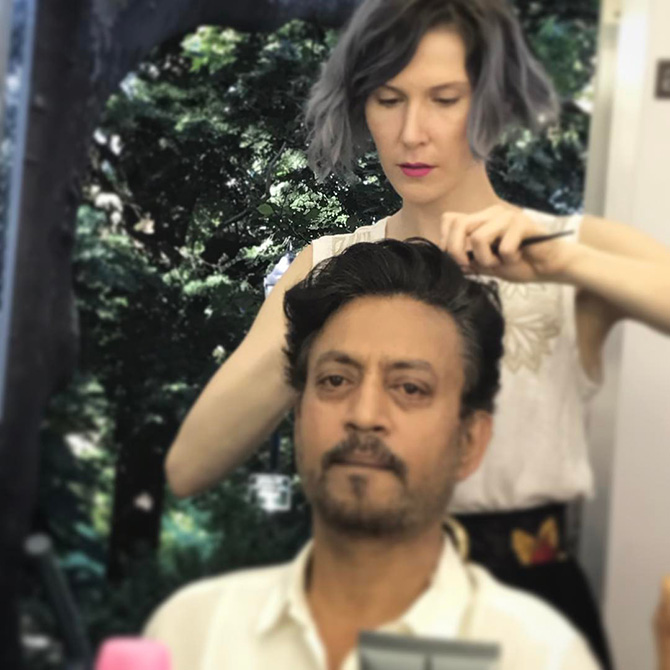 Getting ready for his role in Puzzle. 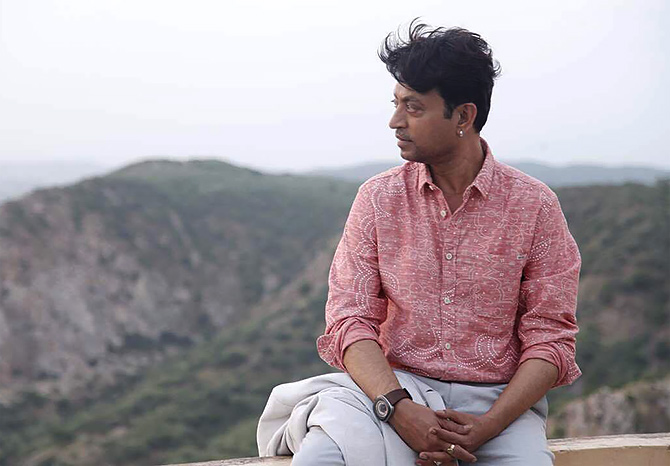 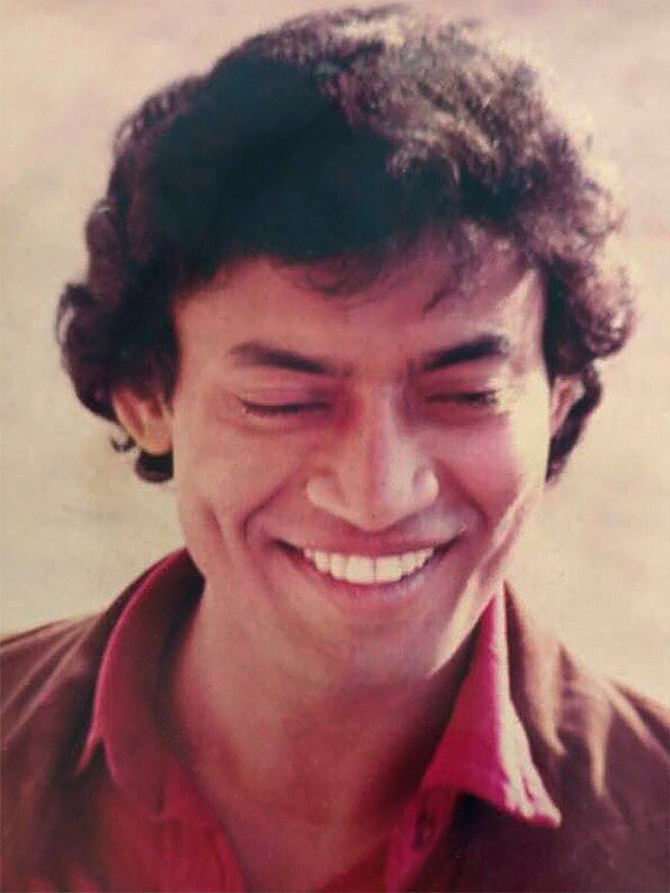 Can you recognise him?

'I wanted my hair to be like #MithunChakraborty, so I used to go to a barber shop and tell them ke mere baal seedhe kar do ... because my hair were curly and kind of stiff .. Aur kya hota tha ke first day my hair would look good .. just like Mithuns, but after that they would turn into a bird's nest!' 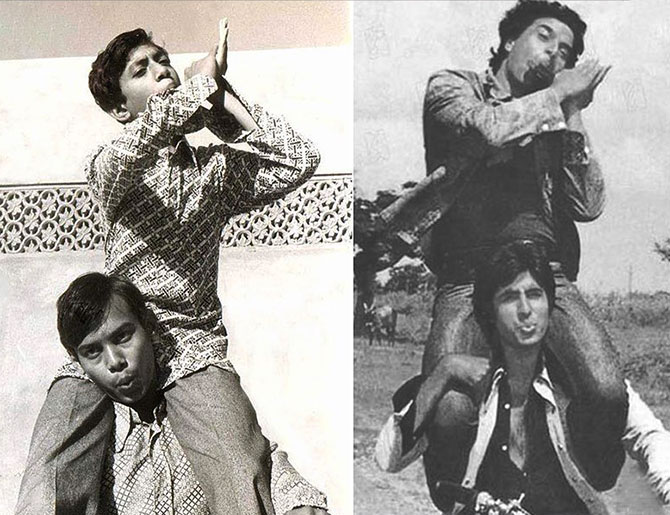 The acting bug bit Irrfan early, and he pays a tribute to Sholay. 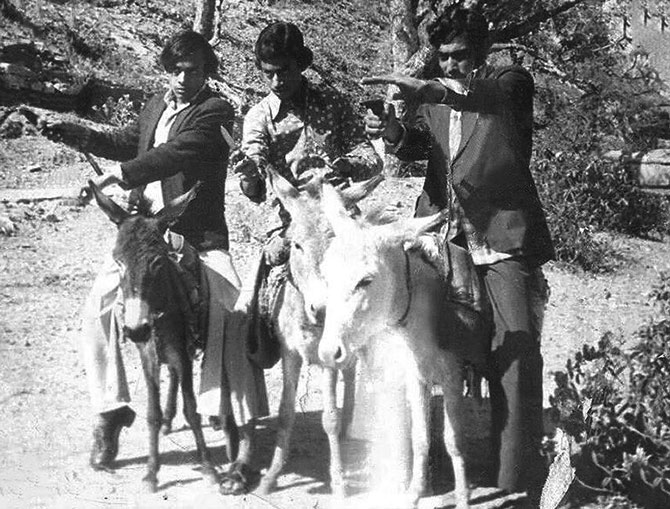 'We were supposed to be riding horses... but we didn't find any horses toh we found these ... ummm... donkeys. The guy on the right has a gun (fake of course) ... Arif (on the left) didn't get anything toh usne hunter utha liya ... and who we are threatening in the picture .. I have no idea!' 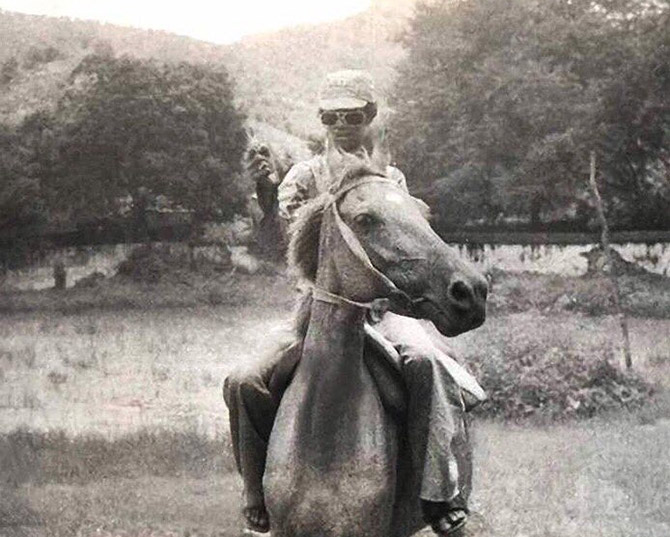 'Somebody told me that to be an actor you must know horse riding so whenever I went to ride (or learn to ride - which I didn't at that time), I made it a point that when I sat on the horse … my look would be inspired by Rajesh Khannaji …. ;) Hero toh banna hi tha!' 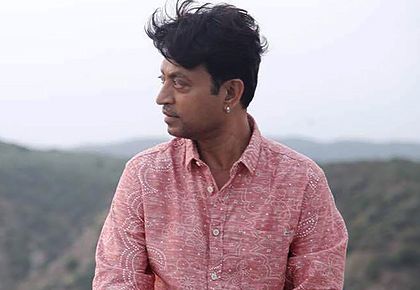 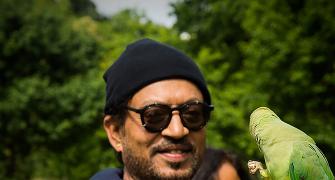