The failure of Decoupled is that, as it deals almost solely in 'snapshots of insight', it fails to showcase how life flows, how the world goes round, how things unfold, feels Rohit Sathish Nair. 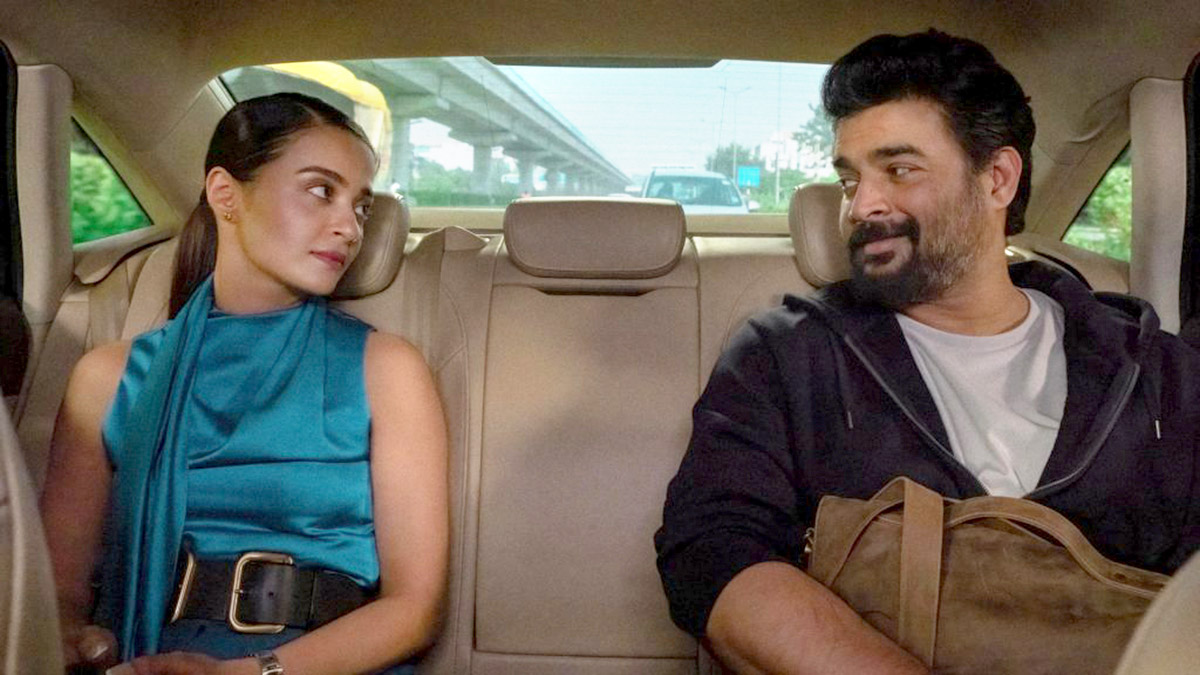 Who is the Manu Joseph character in Decoupled?

Most of the initial reviews seem to say that the protagonist of the series, Arya Iyer (R Madhavan) is the spitting image of the columnist (not entirely without reason, since most of what the character mouths are Mr Joseph's own observations which we have come across in his columns).

In return, Mr Joseph has said in interviews that he distributed his 'self' between Arya and his buddy Guru Agni, played by Atul Kumar (he even auditioned for the role of Agni).

What I found intriguing instead, as part of the pre-release press, was the author's act of 'distancing' the character from himself, in making him a pulp novelist (a profession Mr Joseph has confessed about having great admiration for) and the character's feud with 'Number 1 Author' Chetan Bhagat (a relaxed, un-actorly performance, inspite of all the 'bestselling' punchlines).

We don't get a lot about Arya's writing, except something about the protagonist of one of his novels coming out as transgender, and a line about 'shitty marriages behind windows and walls' but the most puzzling incongruence as part of this artistic choice was to see Arya, who seems to cruise with confidence for the most part, turn insecure when he, for instance, sees his books below Mr Bhagat's at the Bestsellers rack.

Even at other times, Mr Bhagat seems to hop in and out of the situations Arya finds himself in, as do other characters in the series, and these appearances don’t exactly work as gags either visually or tonally.

As for the other characters in the series, they seem to exist as grace-losing devices, sitting ducks for embarrassment, which reduces some of the risk involved, and by extension, undercuts the humour.

To the makers’ credit, these characters do get the upper hand but these seem to be conceived as deliberate ploys to showcase Arya in icky situations and thus, the programmatic nature of the joke is hard to ignore. 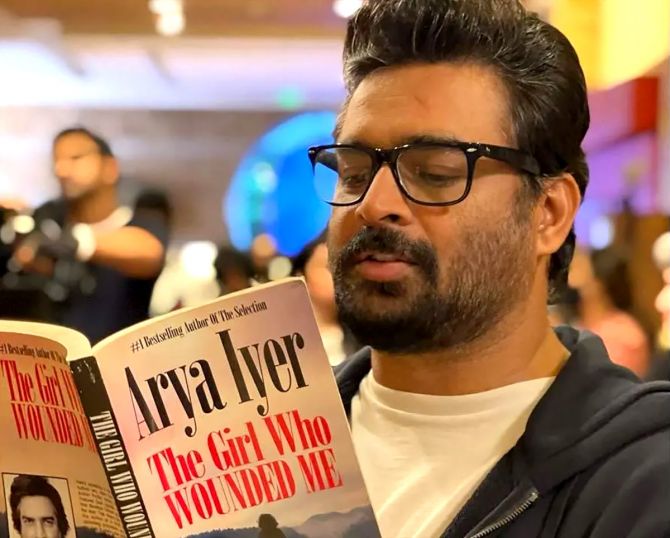 At-least at a one-liner level, the similarities between Decoupled and Curb Your Enthusiasm are undeniable. Yet curiously, one might wonder whether the former has opted for methods opposite to those of the latter, to achieve similar effects.

Loosely scripted and shot, what occurred in Curb Your Enthusiasm was a certain 'distribution of agency' that was evident in the show's frames and the actor's movements and line deliveries. Also, the sense of the elements of the scene colliding organically.

You'd only have to see, say the 'white liberal nodding guilt' bit in the first special, and the restaurant climax of the show's pilot, to see the difference.

Most situations in Decoupled on the other hand, seem to be mounted solely to underscore Arya's (and Mr Joseph's) theories and we don't even get extrapolation on the same.

Since, like I have mentioned before, readers of his columns are already familiar with these theories, the added disappointment for us is that we don't get to see any ideas, either as statements or as visual or non-verbal cues.

The visual style (the show is directed by Hardik Mehta) consists mostly of rather self-conscious zooms and pans, which has the effect of over-emphasizing the joke and killing all lightness of touch.

There is also the fact that the frames seem so bare, that more often than not, there seems to be nothing else going on as background action.

The show thus seems to be stranded between pale mockumentary and a sparse version of reality.

A certain lack of feel that plagues the show is further evident in how it uses jazz music solely as a pointer to the milieu of jazz-lovers, and a light, easy-to-remember title theme aside, it neither augments the narrative nor effectively evokes the particular tastes of its setting.

Its slightly more modern visual syntax aside, Decoupled is much closer in spirit to old filmed theatre sitcoms, with the self-conscious style of the show effectively serving as something of a 'silent' laugh-track.

It is thus a strange beast having a weird mix of moods, with the blithely scornful awkwardly meshing with the sentimental, not too dissimilar to the tonal shift that occurred in the pre-climactic scenes of Serious Men. 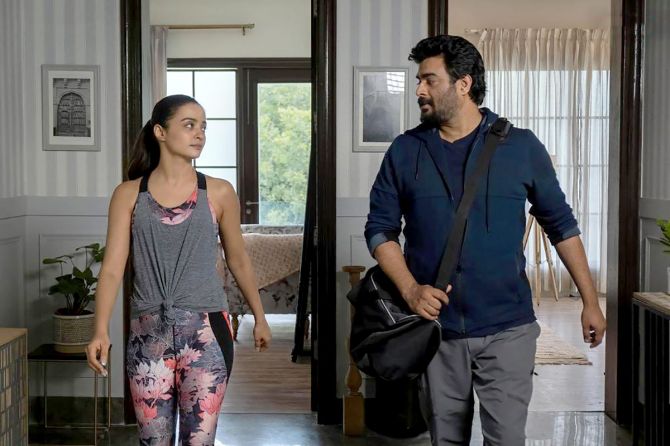 To the creators's credit, Arya's bouts of verbal sparring with his wife Shruti (Surveen Chawla) do get close to between equal-opponent battles.

Shruti's lines reek of the page in the initial but they get better and less stilted as the series progresses.

Among actors who are a little too bound by the lines, and not able to actively suggest how each person talks differently, Akash Khurana (as Shruti's father, who seems to be going through what Shakespeare called second childishness) speaking rather lived-in Hinglish comes across as very refreshing.

The sight of him munching snacks and flapping his hands in negation is a welcome change from most of the other, mannered performances.

The failure of Decoupled is that, as it deals almost solely in 'snapshots of insight', it fails to showcase how life flows, how the world goes round, how things unfold. 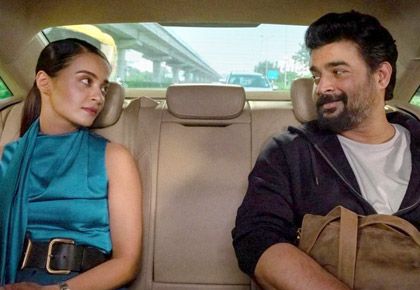 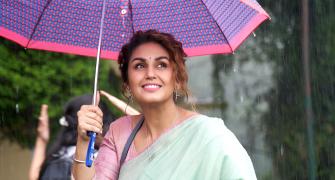 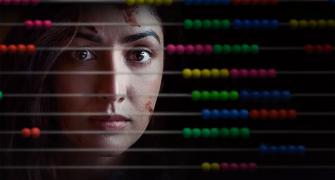 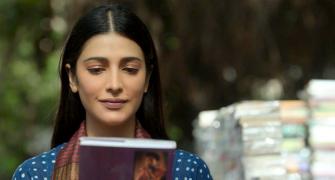 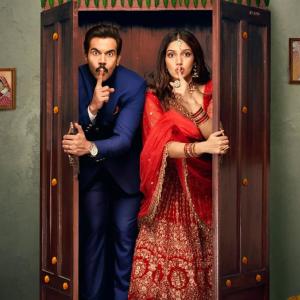 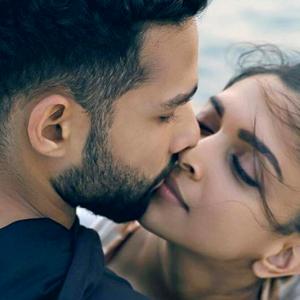