SRK's persona and brand power has been built over nearly 30 years of public acclaim and love.
Brands perhaps believe that his troubles are transitory and that as a human brand he has long legs capable of striding over controversies, explains ad guru Sandeep Goyal. 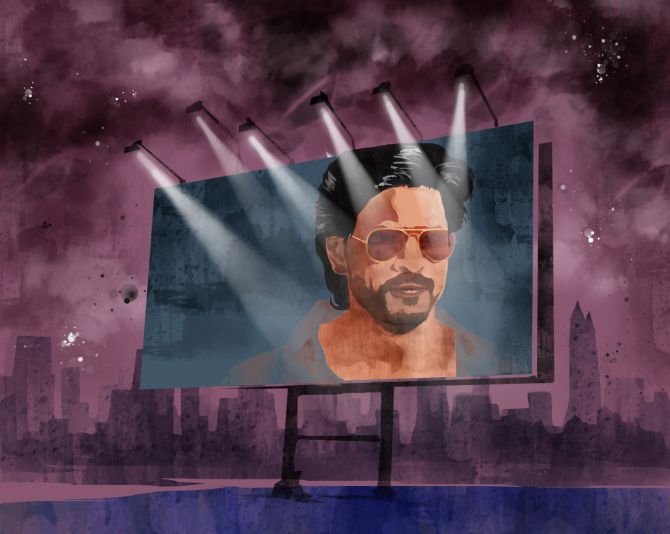 The Aryan Khan episode has once again turned the focus lights on Bollywood.

The son of India's top megastar languished in Arthur Road jail in Mumbai, without bail, for well over three weeks. No amount of the father's stardom, or his political clout, or his personal rapport, or even his money power seemed to help.

If anything, the Bollywood connection only seemed to intensify the glare, with the authorities making sure that the star-son got no special privileges and was not granted any untoward favours.

The investigative agencies, for good measure, also dragged in Ananya Panday, the daughter of Chunky Pandey, for questioning.

Arjun Rampal was also summoned. So was Karan Johar.

Despite all of Bollywood's supposed influence, and of course star power, these silver screen biggies just couldn't wriggle out of trouble. Instead they became the subjects of much derision, much speculation, much mudslinging, and even crucifixion in the media and social media.

Which begets a very simple, but relevant, question: Is Bollywood beginning to lose its sheen? And its famed clout?

The bad news has not all been about drugs alone.

It took Kundra 60 days to get bail.

In another sinister development, Jacqueline Fernandez has been interrogated over the past month by the Enforcement Directorate in connection with a Rs 200 crore money laundering (some say it is extortion) case involving conman Sukesh Chandrashekhar, who is currently lodged in Tihar jail.

Actor and performer Nora Fatehi has also been questioned by the agency over her reported links with the conman and his wife Leena Paul.

Both Fernandez and Fatehi have, of course, claimed to be completely innocent and have in fact said that they are actually aggrieved victims. But the investigation is still work-in-progress.

It would not be out of context to mention here that the NCB had last year arrested comedian Bharti Singh and her husband Haarsh Limbachiyaa following seizure of ganja (cannabis) from their house in suburban Andheri.

So the shadow of drugs has been eclipsing Bollywood for quite a while now. And surprisingly, Hindi filmdom has so far been unable to shake off the investigators.

Which is a far cry from the good ol' days when Bollywood could manage visibly quick exits out of trouble. Even big trouble.

Salman Khan was convicted of culpable homicide in a negligent driving case in which he ran over five people with his car, killing one, but his conviction was set aside on appeal.

Khan was also convicted in a blackbuck poaching case and sentenced to five years in prison, but is currently out on bail while an appeal is being heard.

A gun was found in Sanjay Dutt's house following the horrific 1993 Mumbai serial blasts; he was convicted under the anti-terror law TADA for his alleged involvement in the terrorist attack.

However, the charges against Dutt's involvement with the blasts were dropped later and the actor was then convicted under the much kinder Arms Act for which he served a term in Yerawada jail.

Bollywood used to be able to manage softer treatment for its errant stars.

The silver lining is that despite all of the malevolent dark clouds hovering over Bollywood, Corporate India has not curtailed its patronage of Hindi cinema.

Byju's did put its Shah Rukh Khan campaign on hold for a few days. But the ads were back soon on-air.

So, it seems that brands and agencies tend to think that negative headlines and crime connections do not really impact the goodness of their brand ambassadors.

In a way, I would agree.

SRK's persona and brand power has been built over nearly 30 years of public acclaim and love. Today his role as a parent may be under question. But brands perhaps believe that his troubles are transitory and that as a human brand he has long legs capable of striding over controversies.

Such small mercies notwithstanding, Bollywood's cup of woes brimmeth over. They should urgently hire Akshay Kumar as a lobbyist, and Kangana Ranaut as their PR agent! 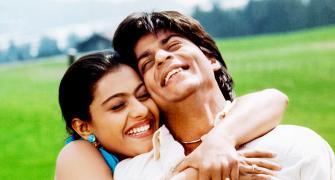