Parasite's razor-sharp characterisations ensure that the picture is thoroughly entertaining though it falls short of greatness, declares Sreehari Nair. 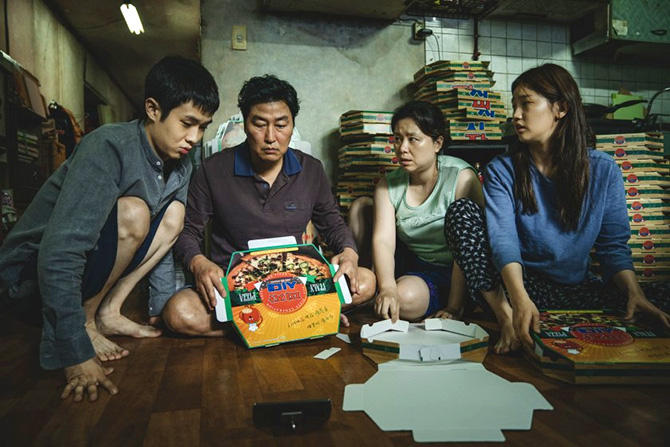 Is it just me, or has there been a noticeable drop in the enthusiasm of Parasite's biggest cheerleaders, since the film's Oscar-sweeping night, on February 9?

Discounting the initial 'I told you so' reactions, the social media fiestas have by and large seemed subdued, the air of excitement thin, and many a passionate supporter has used the occasion to declare Director Bong Joon-ho's 2003 effort, Memories of Murder, the better motion picture.

Can this enthusiasm fatigue be explained using an analogy?

Is it comparable to what a War General feels upon completing one of his dream conquests and arriving at the pointlessness of it all?

Maybe so, but my hunch points me in a different direction.

As I see it, the Oscars's current reputation, among the rabidly artistic lot, is so bad, is so battered, that most of the early championers of Parasite have, following the announcement of the awards, begun to doubt their own judgment of the film.

The secret thinking seems to be: 'I would have preferred it if the Academy had snubbed Bong Joon-ho completely. That, to me, would have better confirmed Parasite's greatness than this present unqualified embrace.' 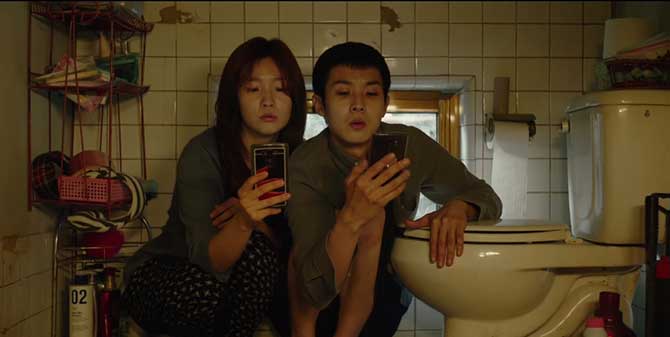 If you believe the above surmise is not all baloney, I am obliged to lead you a little deeper into my hunch-pool.

Another reason -- the more significant reason perhaps -- why Parasite's success at The World's Greatest Consensus Show (as one friend described the Oscars) sits so awkwardly is the very subject and thrust of the movie.

For, at its heart, Bong Joon-ho's film is a sharp, satiric look at the consumerist tendencies that make ceremonies like the Oscars possible, make them the global phenomena they are, and make them so damaging to the soul.

The picture is such a pungent indictment of capitalism that it becomes -- in its most inspired moments at least -- a South Korean's wholesale rejection of America.

Just as all great art will open you to dimensions beyond the particulars of 'the plot', so also a true artist's vision of a place, or a setting, is bound to be more complicated and more interesting than that suggested by a few quick Wikipedia facts. 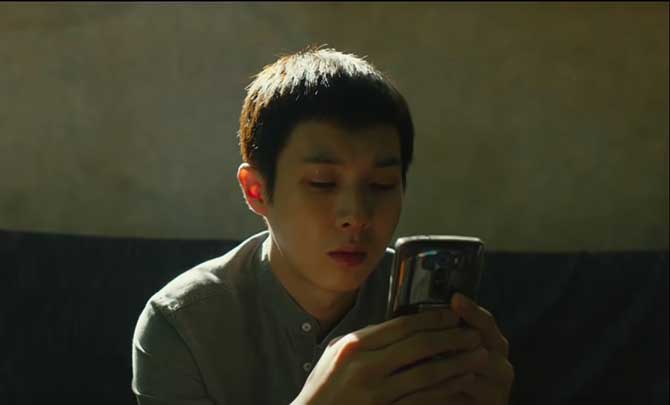 Parasite's plot concerns four members of the lowly Kim family (a father, a mother, a young son and a young daughter), who, by posing as accomplished domestic professionals, sneak their way into the wealthy Park family (comprising a father, a mother, an adolescent daughter and a school-going son).

Soon, a bunker in the Parks'S mansion is revealed, and the situation progressively turns murky, dirty, and bloody.

Though, speaking on a plot-level strictly, Parasite's tragedy takes 130 minutes to take shape, Joon-ho's characters are, from the very outset, products of a larger cultural tragedy.

They are clowns who ape the worst pomposities of Americans; proponents of Americanism to such a great degree that they may even be seen as apostles or ambassadors.

In Memories of Murder, set in 1986 -- a year before South Korea became a formal democracy -- investigation into a high-profile serial murder case is temporarily suspended because a semen sample has to be sent to America for DNA matching.

Parasite, set in the South Korea of today, presents a subtler but a more telling version of this brand of dependence and enslavement.

Mrs Park, the nervous first lady of the Park family, hires an art teacher for her carefully carless son, because this teacher goes by the moniker 'Jessica' and because her Korean name is not worth remembering.

Jessica's unconventional teaching methods correspond to the exoticism evident in her name and it turns the mother on to merely hear this lady being described.

"She sounds fantastic," says Mrs Park, "I am so curious."

What gives such characters their marrow is Bong Joon-ho's vision of South Korea as a country which, despite its growing GDP, intersecting freeways, endless neon signs, and giant stadiums, is without roots and faced with an uncertain tomorrow.

Historically besieged by Japan, and its future besieged by dictators as well as by addictive forces swarming in from the other side of the Pacific.

This vision of South Korea, as a besieged country, is not a humanistic vision like, say, Jean Renoir's.

Nor is Parasite a Marxist's simple-minded take on the tensions between the haves and the have-nots -- which is how 'sensitive critics', with compassion leaking from their every orifice, have read the movie.

Bong Joon-ho's film, at its best, isn't so much a commentary on class differences as it is a comic eye hurled at those aspects that bind the haves and the have-nots.

If the four Kims cannot reveal to their new employers, the truth that they are part of the same family, it's because only the Kims's 'unrelatedness' will allow the wealthy Parks to maintain their illusion of power and control.

I thought the film can also be viewed as an example of a movie-struck kid trying to extract the concept of 'the double' from the spies-and-superheroes universe, and placing it in a world of ordinary-seeming human beings.

Bong seems to be saying in effect that 'double lives' are something we are all capable of leading, and something we are often forced to lead so that the fantasy of a smoothly functioning society is kept alive. 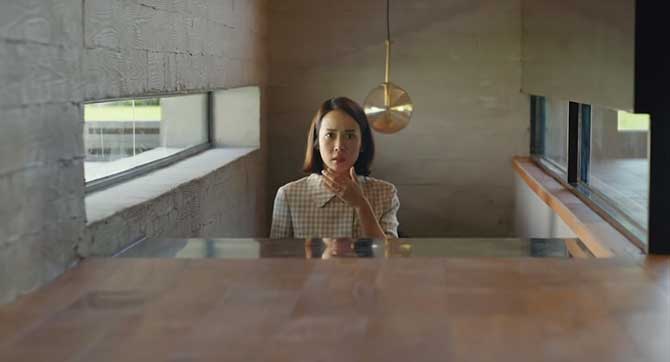 By and by you realise that the comic danger running through Parasite is not owing to the outward reinventions that members of the Kim family engineer; it's because these reinventions now threaten to let loose parts of them that they had kept simmering below a jolly surface.

Kim Sr, who reinvents himself as a driver of the Parks, has the disposition of a priest, of a monk (when their home Internet facility is restored, the old man parodies the Family Head at the Dinner Table scene, toasting 'to the bounteous Wi-Fi'), and, as with the best pacifists, it's those casual assaults on dignity that hurt him the most.

Mrs Kim, who makes herself over as a cook, is an ex-sportswoman, and one gets the feeling that when faced with a conflict, she would rather solve it physically than waste time on words.

Kim Jr, the son who gets hired as an English tutor, has a poet's temperament, with a God-given talent for reducing every experience to its nearest metaphor, and is on some level troubled by his slenderness, his softness -- he wants to prove himself 'a man'.

Miss Kim, the daughter who poses as 'Jessica the art therapist', can control minds.

This vacant-eyed, silken-voiced girl is so psychically evolved that she exists on a different spiritual plane from the others.

She seems to con just for fun, but is otherwise inclined to accepting her fate than fighting it.

Parasite is about the Kims's submerged parts getting released in the course of the narrative, to comical and often dire consequences, and their rich counterparts aren't spared their kinks and kooks either.

The Parks, like one of James Joyce's creations, seem to be 'living at a little distance from their bodies, regarding their own acts with doubtful side-glances'.

Mrs Park has perspectives on issues, gleaned from overhearing conversations at parties; while her husband is an expert at bringing to domestic and social scenarios the very corporate tactic of 'marking out one's territory'.

These are Faustians of our age, who have exchanged their vitality and spontaneity for some sophistication.

Bong may keep us in the throes of a shape-shifting narrative, but he also gives subtexts to all his characters, before finally getting these subtexts to ingeniously overlap in a ground-breaking foreplay scene where Mr Park fondles Mrs Park, unaware that the Kims are eavesdropping on his perverse thoughts and her moaning demands.

"I get hard, thinking about cheap, trashy underpants," says the sophisticated honcho while his starchy wife, her eyes closed, her lips parting in pleasure, responds with, "Buy me drugs, please."

It's a ground-breaking scene, not just because it manages to be sexy and hilarious at the same time (when Mr Park rubs Mrs Park's insides, her immediate reaction is, "Clockwise, please") but because it creates an atmosphere that saturates the themes of the movie.

If the Kims have reinvented themselves to cash some easy cheques, for the Parks, every moment of their living, breathing existence is a performance -- they are acting to keep their image.

If, publicly, what turns on these germaphobes, these control freaks, is the exoticism of far-away lands, it's the cheapness and the dirtiness of their own people that they seek, for their private seductions.

Watching Parasite was, I felt, akin to reading a Flannery O'Connor story, where the inner lives of characters are worked out in great detail, and then used to precipitate shocking plot twists.

That said, what Bong Joon-ho lacks, is O'Connor's sickness, this view that 'We are all damned creatures.'

He is a relatively happy pessimist who has a North Korean flag-waver's revulsion for consumerism and his foolish pride in racial purity transformed into a South Korean artist's skill for using his countrymen's quirks and deviances as laboratory material for his movies.

Though his natural cheerfulness is what sustains the eerie-yet-funny tone of the picture for the most part, Bong is, clearly, better at establishing this tone through dialogues than through blocking and staging.

It's when he has to balance the cheerful and the macabre, while choreographing his actors' movements, that Parasite's edifice shakes, and the movie turns uneven.

A set of sequences where the Kims work as a team to overthrow Parks's housekeeper is shabbily done, as also is a party scene at the end, where the chaos seems to have been directed with stiff hands, and not allowed to emerge, Altman-like.

Bong Joon-ho, my guess, is a diligent executor of his crazy ideas.

But he's not, a crazy enough director, someone who'll let the energy on the day of a shoot positively affect the valence of his conception.

Just the same, Parasite's graceful notes of irony that often skim past you (There is a passing bit in a bunker where the Kims, a family obsessed with the Internet, wish that the Wi-Fi wouldn't work; and heartbreakingly enough, it does) and its razor-sharp characterisations ensure that the picture is thoroughly entertaining, though, unmistakably, it falls short of greatness. 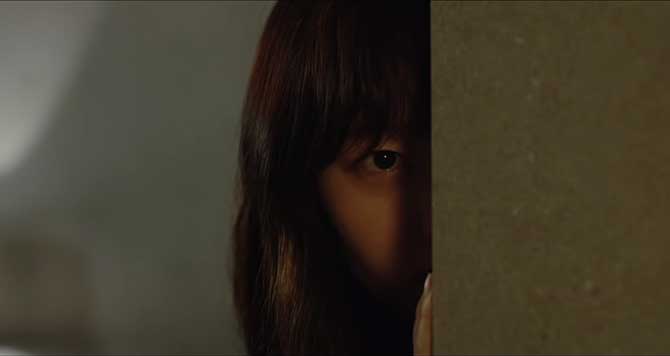 But how does that matter to the Oscars jury?

They have rewarded Parasite because it was, finally, the most fashionable thing to do.

Never mind if the film's subject prompted you to scan, the preening attires and the exaggerated smiles of those up on the stage, for the dirt that may be shining underneath.

Never mind if Bong Joon-ho's supremely sincere acceptance speech suggested that the artist had, for the night, traded souls with a bureaucrat.

Never mind if America was, in all her vapid innocence, applauding a sensibility that had made its bones out of her little pretences.

Yes; be blind to their designs, and some parasites do become family. 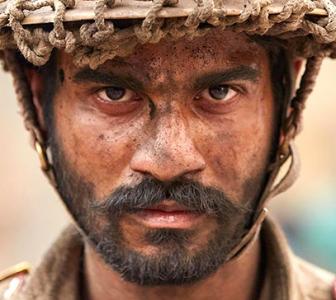 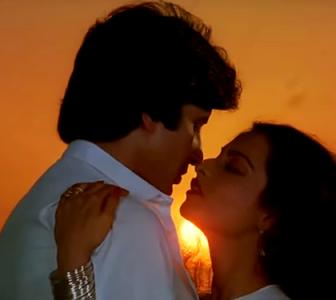 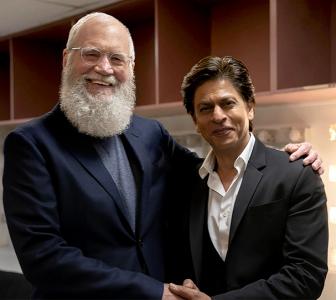 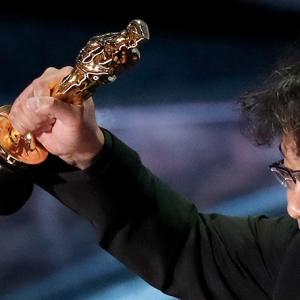 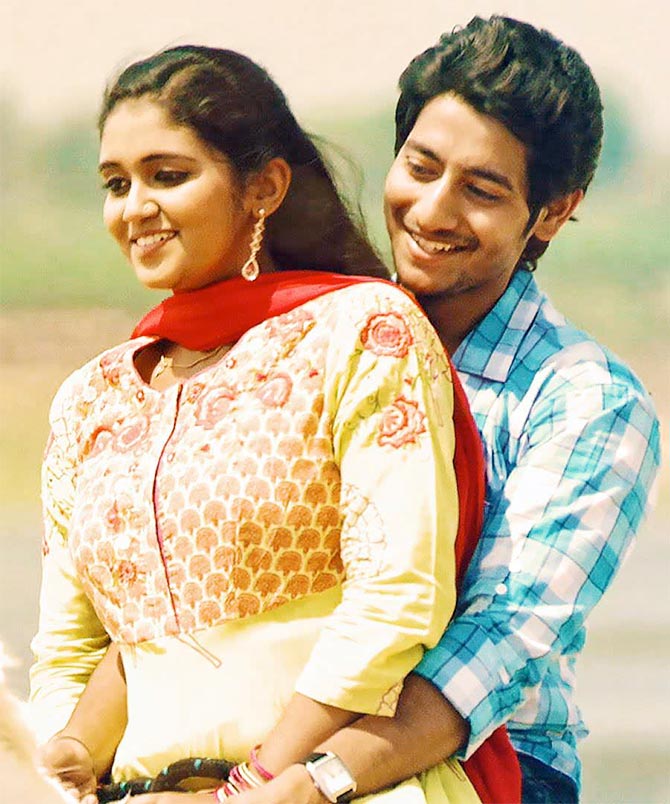