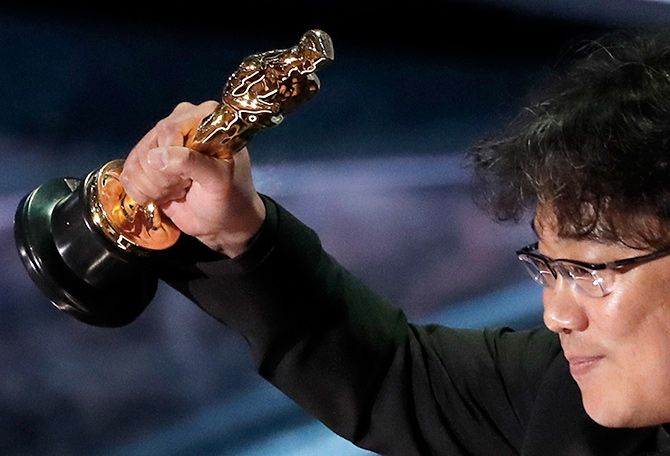 Bong Joon Ho is a master of unsubtle symbolism. He calls Parasite (2019), the standout global release of 2019, his 'staircase movie'. He takes us to some of the lowest depths of Seoul, into the semi-basement house of the Kims where Wi-Fi goes to die, and the city's most impressive heights, the modernist hilltop mansion where the Park family lives.

Without ruining the film, it can be said that the South Korean director lets inequalities of space show the gaping distance between the working and monied classes.

His indictments, variously of capitalism and of establishments, are clear as daylight. He designs films to be both festival favourites and blockbusters, resolutely unconventional yet very commercial.

The approach allows him to inject anti-class sentiments into the mainstream. In two hilarious segments in the new film, in an unmistakeable bit of irreverence, the characters coo softly: 'It is so metaphorical.'

The struggling Kim family in Parasite use dubious methods to get enrolled as members of the staff in the Parks's household. Although the Parks come to rely on them, the hierarchy, amplified by all the stair-climbing, hardly shifts even when they are under one roof.

In the confined spaces they operate in, Bong Joon Ho, and his production designers and cinematographers, make references that are easy to circle back to. Two private conversations between the two families, which take place at separate times in the Parks's living room, shift the viewer's perception of greed.

The director is concerned with the question of where the subaltern in any equation live, where they are told they fit in, and what they come to value in those conditions.

The allegory in his 2006 film The Host (available on Netflix) is self-evident but spectacular at the same time.

The perils of US interventionism and South Korean compliance take the literal shape of a monster here -- a mutant creature the size and colour of a dusty tank.

Bong Joon Ho based this fiction on a real story where an American worker in a US military morgue neglectfully instructed a Korean worker to empty large batches of poisonous formaldehyde into the sink which carried it to the river Han.

Han (which is also the name for the Korean concept of grief and sorrow), and the lizard-like beast shown rising from the river later, stand for the pressure on smaller countries by hegemonic superpowers -- a circumstance still wholly relevant to ongoing developments in world news.

The creature roams the waters, waiting to nab people and dump them in a sewer to snack on later. The victims who survive are typically young and must work out ways to climb out of the dark recess.

Meanwhile, America, which has carelessly spawned the problem in the first place, ends up marketing a remedy with damaging side effects. A somewhat Chomsky-esque takedown.

The confined society of a train, where the last survivors of the Ice Age are trapped, lends itself to Snowpiercer (2013) or the 'corridor film'.

In the dystopian power struggle within, the front section has emerged at top. It controls supplies and subjugates those living in the train's tail, who then plot revolutions inventively using whatever little is available to them.

For anyone who doesn't follow, in the final act, the screenplay (based on a graphic novel by Jacques Lob) lays out in no uncertain terms that the train is a microcosm of the world.

Only Bong Joon Ho knows how to work with a heavy hand and still get respectable results. 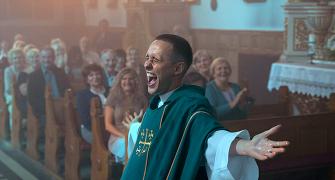