Sign in  |  Create a Rediffmail account
Rediff.com  » Business » The all new Scorpio W105 to hit the roads soon! 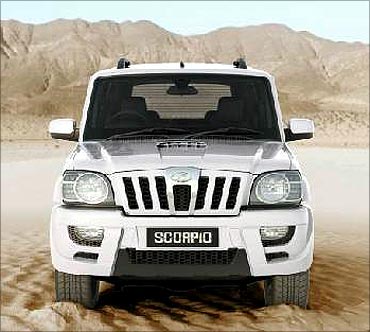 At the Mahindra Research Valley in Chennai, a group of engineers are eating, sleeping and breathing 'W105' these days.

W105 is the codename for an all-new Scorpio -- the brand that marked the transition of Mahindra and Mahindra from a tractor manufacturer to a sports utility vehicle maker exactly 10 years ago.

The new model is expected to hit the showrooms in two years. 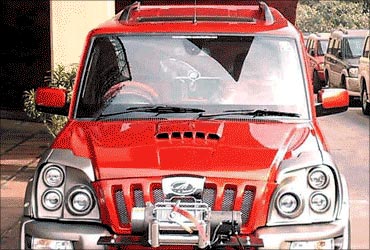 Pawan Goenka, the man who was firmly in the driver's seat when Scorpio was launched in 2002, says the vehicle's success (it is the largest selling SUV in India at a price tag of less than Rs 10 lakhs or Rs 1 million) has been a pleasant surprise, but it would have been incorrect to assume that Scorpio would continue to do well on its own in the future as well.

"We always have to do things to it in terms of product and marketing to ensure it continues to stay on track.

"But whatever we do, we would ensure that the customer sees it as the next generation Scorpio and not a new car or a new SUV", says Goenka, who is now president (automotive and farm equipment sectors) at M&M. Goenka isn't willing to share many details, except that subtle design changes would be made to make the SUV look more rugged.

"Screaming to be a Scorpio is the brief we have to give to the design department," he adds.

The buzz also is that a more powerful engine option will be provided to complement the style of the new vehicle.

Apart from the need to do something new in its 10th year, there is another reason for Scorpio's latest makeover: increased competition in the space. 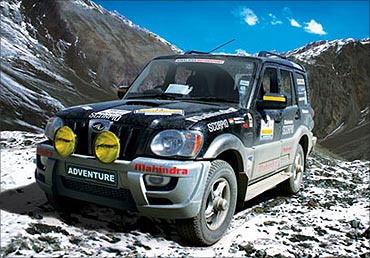 Scorpio, which has had a free run in the entry level SUV segment so far and is still selling 4,000 units a month, knows that several other companies like Maruti Suzuki, Ford, Toyota, General Motors, Nissan are developing products that would compete against the Scorpio in the next few years.

Maruti showcased a concept SUV at the Auto Expo which it intends to launch commercially.

The story of Scorpio is now a case study at Harvard Business School, where M&M vice chairman and managing director Anand Mahindra did his MBA in 1981. 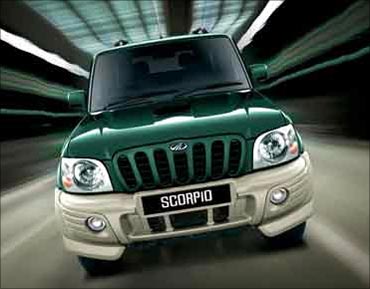 There are reasons why Harvard chose Scorpio, which has sold more than 400,000 units in a decade.

It was in fact a make-or-break venture for M&M, which was then a tractor manufacturing company with no prior expertise in developing sports utility vehicles.

But Mahindra wanted to develop an SUV from scratch in India -- then considered to be an audacious plan. In 1997, he turned to Pawan Goenka who was working for General Motors as General Manager for Research and Development. 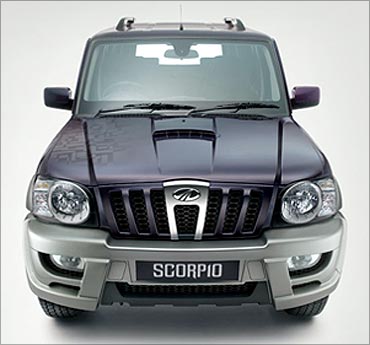 Goenka, a specialist in engine technologies, bought into Mahindra's dream along with Alan Durante, former M&M executive director and president of the automotive sector.

Scorpio was developed at a total project cost of Rs 600 crore (Rs 6 billion) -- at a 10th of the cost that a large manufacturer would have incurred.

Though M& M now promotes the Scorpio as an SUV, it was initially positioned as a car, as the company wasn't convinced that the Indian market was ready for an SUV.

"SUVs were seen as utility vehicles, unless you were buying a (Mitsubishi) Pajero, which just about five people bought in a month then. 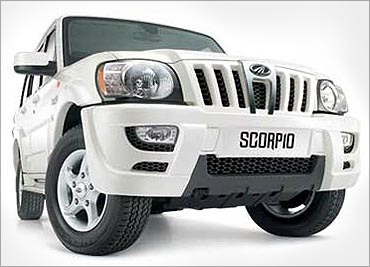 "Therefore, we had to project the Scorpio as a big car which could give you a lot more than a car", adds Goenka.

It was a good learning experience as M&M tried the same marketing gimmick during the launch of the Xylo, a multi-seater utility vehicle launched three years ago and positioned above the Scorpio.

The MUV was promoted as a 'sedan-killer.'

Though the latest makeover will be much bigger in comparison, Scorpio has had a series of variants ranging from a stripped down budget variant to a six-speed fully automatic and loaded variant. 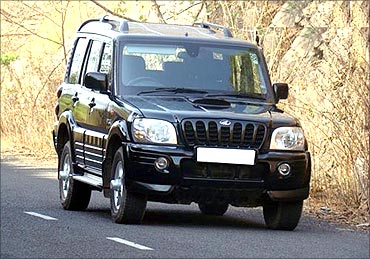 Its keenness to straddle the entire spectrum in the SUV space was understandable as penetration of SUVs in India is far lower compared to some of the other markets.

According to Goenka, SUVs in India has a share of just 15-16 per cent against 30 per cent in the US market.

Yet utility vehicle sales in India grew 16 per cent last year at 367,000 units as against 315,000 units recorded in the previous year.

The growth is impressive considering that the car segment grew by only two per cent to 2.01 million units.

M&M commanded a share of 55 per cent of the UV segment.