News
Business
Movies
Sports
Cricket
Get Ahead
Money Tips
Shopping
Sign in  |  Create a Rediffmail account
Rediff.com  » Getahead » Inspiring! Why we should celebrate this topper

Payal Kumari, daughter of a migrant worker from Bihar, battled the odds including financial woes, to top the BA archaeology course at Kerala's Mahatma Gandhi University. 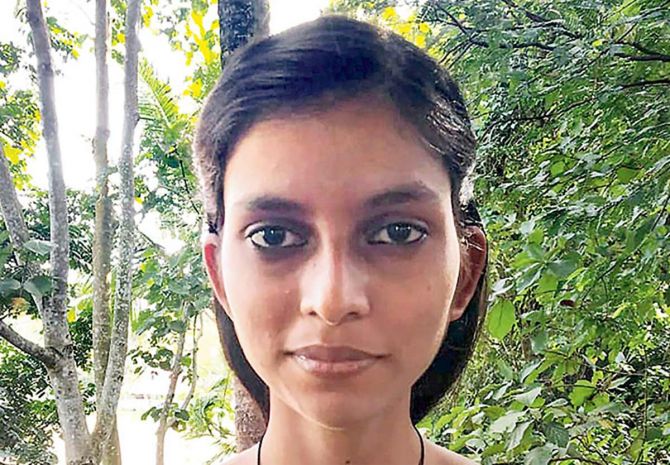 Getting a university first rank was never in the mind of Payal Kumari, daughter of a migrant worker from Bihar who topped the BA Archaeology course in the Kerala-based Mahatma Gandhi University, surmounting all odds, including financial woes.

Paying the annual college fee of Rs 3,000 itself was a big problem for her family, which migrated to Kerala nearly two decades ago, but thanks to good samaritans including, her teachers, she overcame the hurdle and has now set her eyes on post-graduation in the prestigious JNU and on civil services.

Congratulatory messages have been pouring in for Kumari with Kerala Chief minister Pinarayi Vijayan calling her up on Saturday and praising her for her achievement.

"College fees was a problem and arranging around Rs 3,000 for each year in the institution was a big task. But there were good samaritans who lent a helping hand", said Kumari, who passed out of the Marthoma Women's College in Perumbavoor near Kochi in flying colours with 85 per cent marks this year.

Kumari's father Pramod Kumar, hailing from Gosaiymati village in Sheikhupura district in Bihar, had reached Kerala 19 years years ago seeking a better life for his family.

Driven by the desire to ensure good education for his three children, Kumar slogged all these years, making Kerala his second home.

All praise for her History lecturer Priya Kurian, Payal said the teacher had paid her first year fees learning about the plight of her family, living in a two-bedroom rented house at Edappally in Kochi.

In the following two years also teachers helped her and they were more confident she would do well in the final year, Kumari said, speaking in fluent Malayalam and English.

"I knew I had done well, but did not expect to get a rank", she told PTI, adding her parents always encouraged her.

Kumari is keen to do her postgraduate studies at the Jawaharlal Nehru university in Delhi and also plans to prepare for the Civil Services.

Her father and mother Bindu Devi have always encouraged her to study as much as she wanted and there had never been pressure for marriage, she said.

"My parents were very happy with the result. They told me to continue studying and do much better in life," she said.

She was four when her family shifted to Kalamassery near Kochi. The tongue twisting Malayalam language was at first difficult, but she soon learnt it along with her elder brother Akash Kumar, who is now employed, and sister Pallavi Kumari, presently doing Bsc Physics. But at home, the family speaks in Hindi, as the parents do not know much Malayalam, she said.

"I am confident in Hindi, English and Malayalam," Kumari said.

Vijayan spoke to Kumari over the phone and congratulated her saying her achievement was a matter of pride and joy for the state.

'Her achievement is a matter of pride and great joy for us. This shows that the steps taken by the state for the welfare of the guest workers never went in vain. I wish her all the success for her future endeavours,' he said.

'Payal Kumari, daughter of Pramod, a migrant worker from Bihar, graduates from MG university Kerala with first rank BA Archaeology and History (85 % marks). She hails from Gosaimaty village in Shaikpura district. She wants to join JNU. Feel so proud of you Payal. Congratulations,' Dr Tsaac tweeted.

Thiruvananthapuram MP Dr Shashi Tharoor -- himself a topper throughout his academic career -- said Payal's success was another story of inclusive India from Kerala.

'Another story of #InclusiveIndia from Kerala! Payal Kumari, daughter of a migrant labourer from Bihar, wins first rank in the BA (History and Archaeology) exams of Mahatma Gandhi University in Kerala. Congratulations Payal!' Dr Tharoor tweeted. 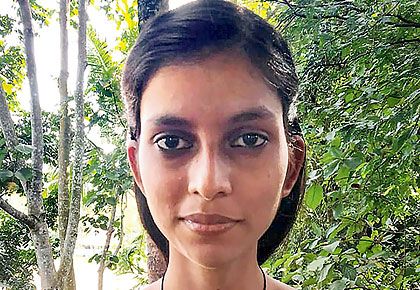 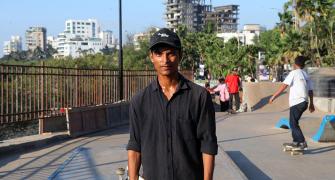 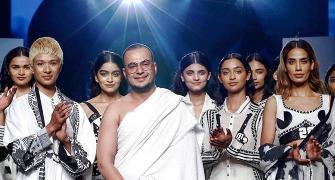