The story behind Sonam's lehenga will melt your heart

After being called out for wearing a 'plagiarised' Anamika Khanna outfit, Sonam Kapoor came to her designer friend's rescue. 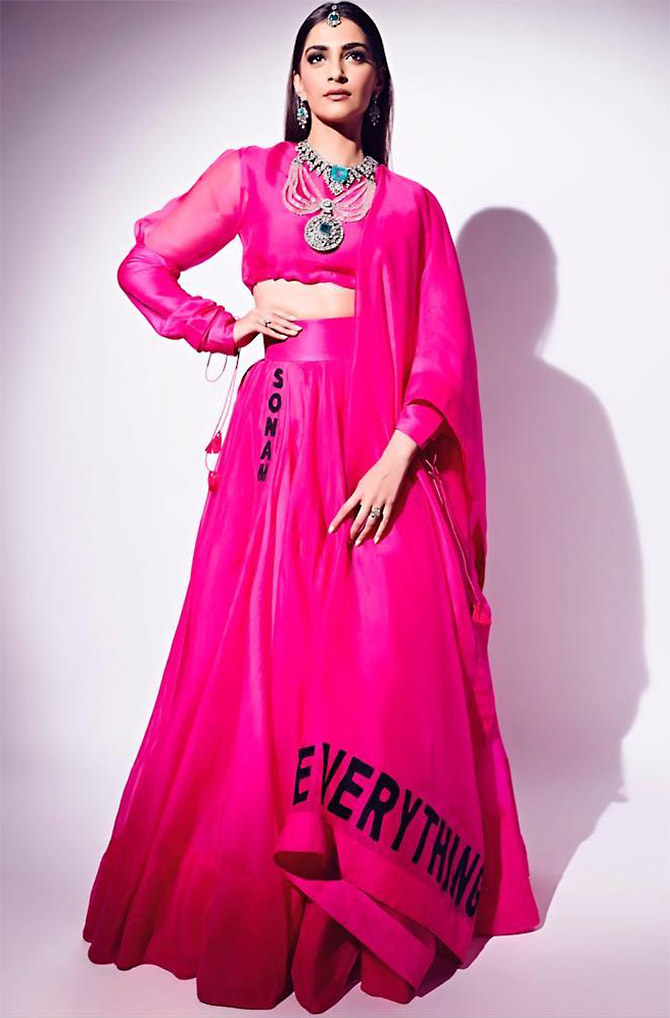 Sharing a post with a side-by-side comparisons of Anamika's 'AK-OK' design with Vogue editor-in-chief Anna Wintour's 'AWOK' signature, they wrote: 'We know this is going to cause major heartburn, but we simply cannot ignore the fact that @anamikakhanna.in's AK-OK is TOO CLOSE in concept to the Jordans @voguemagazine launched in June 2018, with AW-OK. What would Anna say?? Thoughts?' 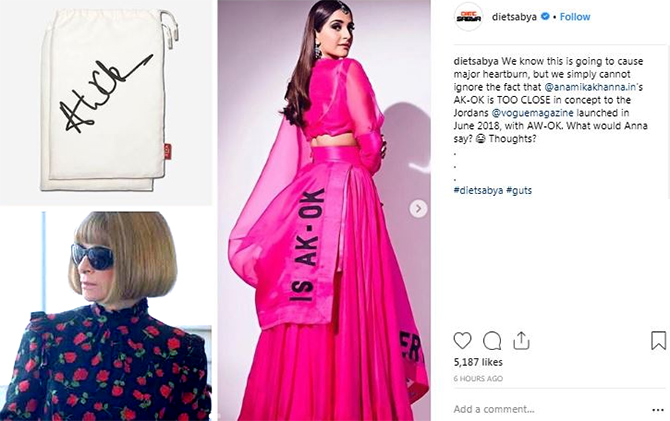 However, the post didn't go down well with Sonam Kapoor, who quickly jumped to the rescue of her friend.

Expressing her pride being an Anamika Khanna muse, she wrote: 'My dear friend @anamikakhanna.in had gone through a terrible illness in the last year.

'Her beautiful twin sons @viraj_khanna and @thevisheshkhanna banded together and surrounded her gave her comfort and inspiration.

'The common slang that is used amongst people is A-Ok in America.

'Viraj and Vishesh who just returned from America after four years in the prestigious university of Southern California, used the same term playfully with their mom when she was down, saying "mom everything is going to be AK-OK". 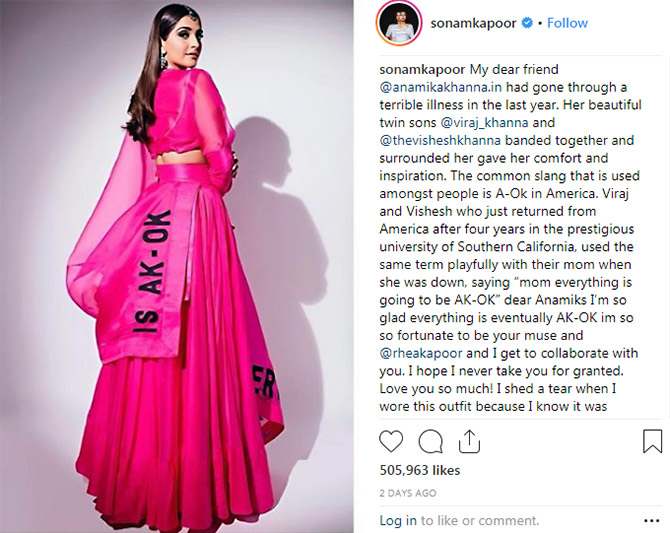 'Dear Anamiks I'm so glad everything is eventually AK-OK.

'I'm so so fortunate to be your muse and @rheakapoor and I get to collaborate with you. I hope I never take you for granted. Love you so much!

'I shed a tear when I wore this outfit because I know it was inspired by your boys and they gave you strength during your lowest.' 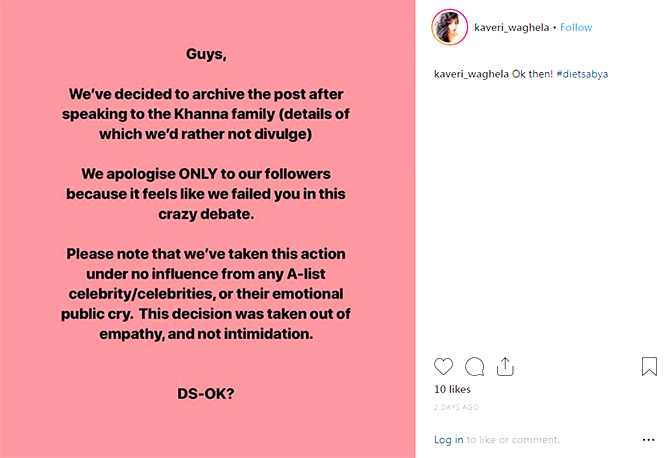 The decision to archive the post was taken after Diet Sabya spoke to the designer's family. Photograph: Courtesy Kaveri Waghela/Instagram

Eventually, Diet Sabya had to archive their post with this message:

'We apologise ONLY to our followers because if feels like we failed you in this crazy debate...

'Please note that we've taken this action under no influence from any A-list celebrity/celebrities, or their emotional public cry. This decision was taken out of empathy and not intimidation... DS-OK?' 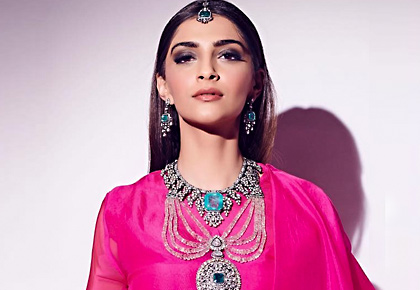 StyleDiaries: Sonam shows off her dramatic side!