This is not the first time that Kim Kardashian has bared for the cover of a mag.

However, this is special because it celebrates 20 years of Richardson mag.

The anniversary issue features the TV personality posing in just a pair of undies.

With her hair worn loose and nude make up, the mom of two sizzles on the cover, which has been shot by Steven Klein.

Several fans were shocked by her uncanny resemblance to the singer on the cover.

Another added: 'I thought it was Lady Gaga.'

Someone also confused her for Beyonce's sister Solange. 'So this isn't Solange,' questioned the fan on Instagram. 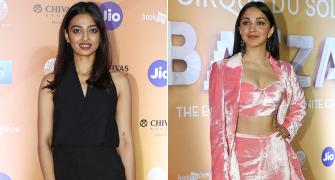 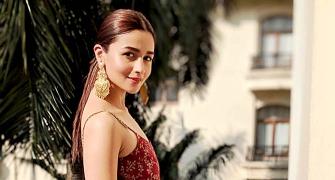 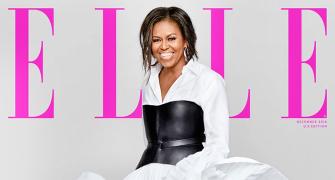 Wait, what! Michelle Obama's Elle look is worth Rs 6 lakh Bikini-clad Rhea Chakraborty is the definition of SEXY