The National Commission ruled that a person must opt for a policy and submit the proposal form after acquainting himself with the terms and scope of coverage to determine where it would be suitable and adequate.
Consumer activist Jehangir B Gai explains a recent the National Commission order on the scope of an insurance policy. IMAGE: Kindly note the image has been posted only for representational purposes. Photograph: Kind courtesy Sozavisimost/Pixabay

Sumit Kumar Ojha took a home loan of Rs 83 lakh and a further loan against property of Rs 39 lakh from ICICI Bank.

The total loan came to Rs 122 lakh. His wife Shipra Tripathi was the co-applicant in both the loans.

One policy, which was called Secure Mind, provided a coverage of Rs 2,118,915 against illness, personal accident, job loss etc, for which the insurer charged a one-time premium of Rs 129,784.

The other policy was called ICICI Home Safe Plus.

Both policies had a tenure of five years.

Tripathi lodged a death claim, which the insurer settled by paying Rs 2,118,915.

It was only then that Tripathi realised the coverage under the policy was inadequate for discharging the entire loan.

So Tripathi alleged that they had been issued a useless policy.

She filed a complaint before the National Commission terming it to be a deficiency in service.

She argued that they should have been issued a term insurance policy, which would have covered the risk of loan repayment entirely.

Both the bank and the insurer contested the complaint.

They raised a technical objection that the complaint was not regarding a consumer issue, but a dispute between a borrower and a creditor.

The bank stated that the complaint should be dismissed as there was no deficiency in service.

The bank had neither suggested nor compelled the insured to take that particular policy.

It pointed out that the claim had been paid and settled according to the terms of the policy.

The National Commission observed that the crux of the dispute was whether any deficiency in service or unfair trade practice could be attributed for not having suggested an appropriate insurance policy which would have covered the repayment of the entire loan amount.

The Commission noted that there was neither any evidence to show that the insured had been compelled to take a particular policy, nor was there anything to indicate that the insured had sought information about the various policy options available in order to ascertain which policy would cater best to his requirement.

The Commission observed that a person must opt for a policy and submit the proposal form after acquainting himself with the terms and scope of coverage to determine where it would be suitable and adequate.

Since both the deceased, who was the insured, and his wife, who had filed the complaint, were practising doctors, the Commission held that it would be reasonable to infer that they were aware of the scope of the policy.

Accordingly, by its order of October 10, 2021 delivered by C Viswanath, the National Commission castigated the complainants for unfairly attempting to blame the bank and the insurer for not having given proper guidance, and dismissed the complaint as being devoid of merit. 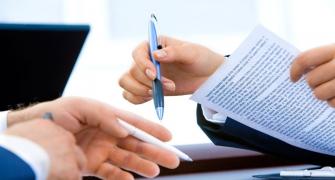 If you have elderly parents, please read this 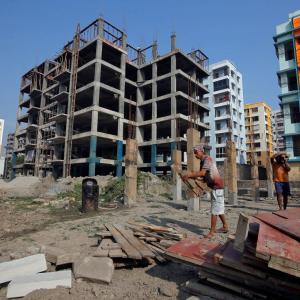