India won the inaugural T20 World Cup, as a young Indian team under the captaincy of Mahendra Singh, in 2007 in South Africa.

Since then their best finish has been second place in 2014, when they lost to Sri Lanka in the final and made the semi-finals two years later.

Just like 2021, India will begin their World Cup campaign with a big match against Pakistan in the Super 12s stage on Sunday, October 23. 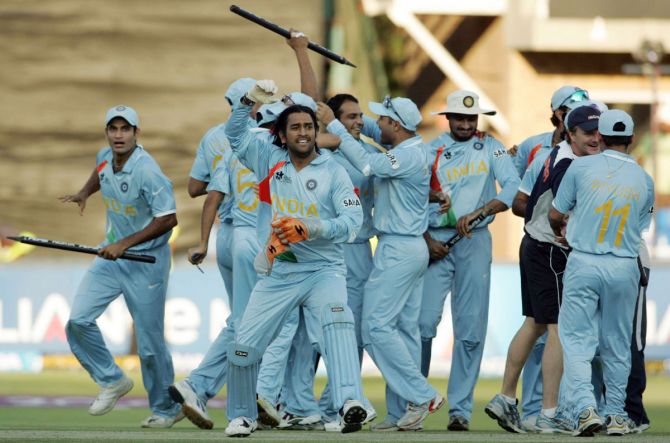 After a first-round exit in the ODI World Cup in the West Indies earlier in the year, India fielded a young team in the inaugural T20 World Cup in South Africa, with a new captain.

Mahendra Singh Dhoni -- in his first tournament at the helm -- proved a shrewd captain and created history by winning the tournament.

India's first match against Scotland was washed off with both teams sharing points. This meant that Dhoni's boys had to make their World Cup debut against Pakistan. The match ended in a thrilling tie and India won via the bowl out.

India then lost to New Zealand, but defeated England and South Africa in their next two matches to enter the semi-finals, where they got the better of Australia.

They went on to clinch the trophy by defeating Pakistan by five runs in a nail-biting final.

Includes one match won in Bowl-out after a tie. 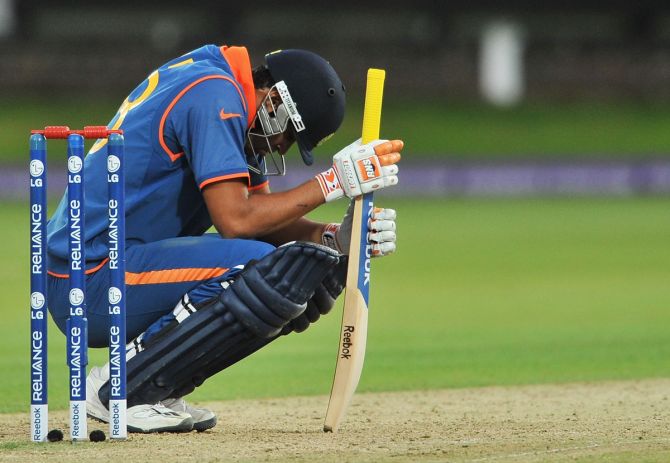 They started the tournament well beating Bangladesh and Ireland to qualify for the Super 8s.

However, they had a horror run in the Super 8s as they succumbed to defeats in three consecutive games against the West Indies, South Africa and England and crashed out of the tournament.

Pakistan made up for their narrow loss in the 2007 final by beating Sri Lanka to win the 2009 T20 World Cup. 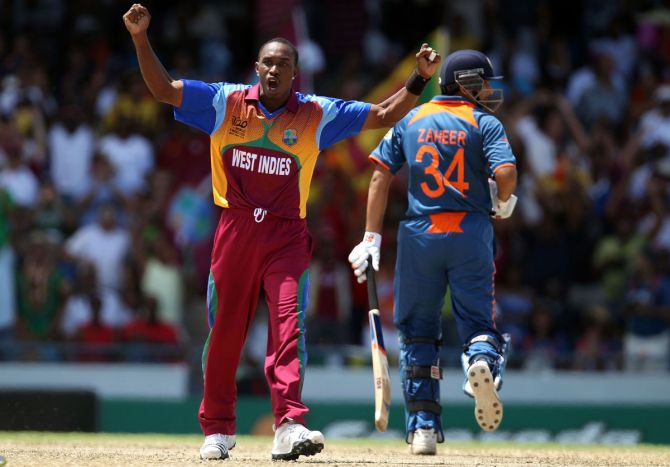 A year later, India's campaign followed a similar pattern to their journey in the 2009 competition. Once again India won both their group matches (against South Africa and Afghanistan), but faltered in the Super 8s.

The defeats against Australia, hosts West Indies and Sri Lanka meant India exited in the Super 8s for the second consecutive tournament.

England were the eventual winners after they beat Australia in the final. India put on much better show than the last two World Cups, but still failed to go beyond the Super 8s for the third World Cup in a row.

India beat Afghanistan and England quite convincingly in the group stage to qualify for the Super 8s.

Australia handed India a nine-wicket defeat in their first Super 8s match, but India bounced back by beating Pakistan by eight wickets.

However, despite their narrow one-run win over South Africa they failed to advance to the semis.

Batting first India made 152/6, which meant that they needed to restrict South Africa to 121 to qualify for the semis on net run-rate. 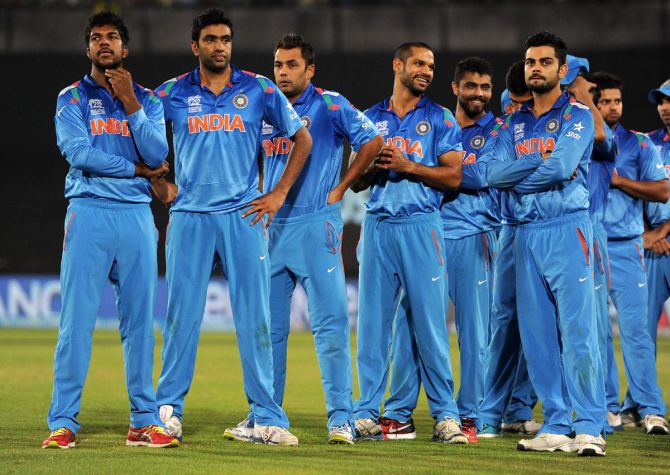 India looked like a team on the mission as they swept opposition one after the other to make it to the final, but faltered at the last hurdle.

Slotted in Group 2 with four other teams, India beat Pakistan, the West Indies, Bangladesh and Australia in emphatic fashion to progress to the semi-finals.

In the semi-final against South Africa, India chased down 173 with six wickets and five balls to spare.

India faced Sri Lanka in the final and for some inexplicable reasons the Indian batting choked despite Virat Kohli's brilliance. Virat made 77 off 58 balls, hitting five fours and four sixes, before his run out proved to be the turning point.

All the other Indian batsmen could manage only 47 runs off 62 balls with just three boundaries. The result was that India ended with a below-par 130/4 in their 20 overs and Sri Lanka chased down the target without much fuss to clinch their first and only T20 World Cup title after losing in the final twice. 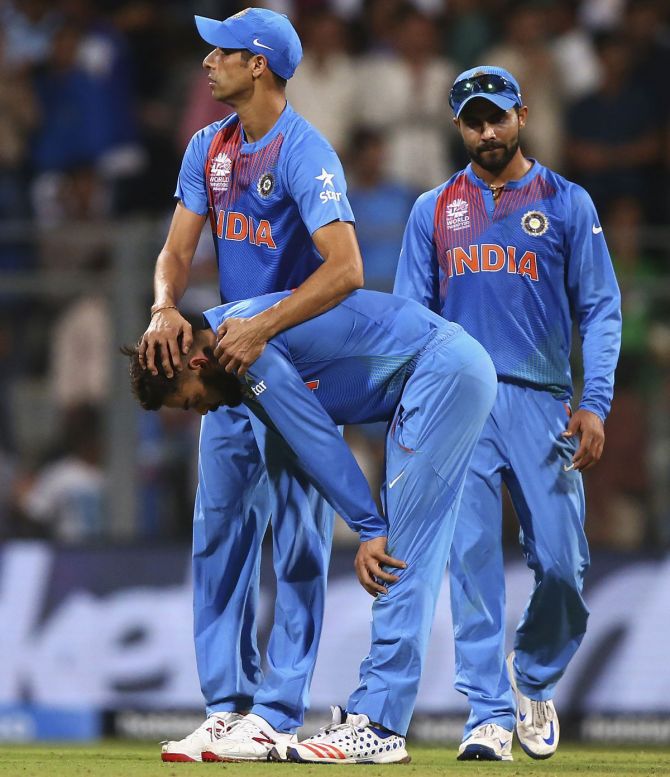 India hosted the event for the first time and suffered a crushing defeat at the hands of New Zealand in their opening game.

India bounced back strongly and won all their remaining games against Pakistan, Bangladesh and Australia respectively to set a semi-final clash with the West Indies.

In the semi-final, India posted a healthy 192/2, but the West Indies' T20 stars overhauled the total with seven wickets and two balls to spare.

The big West Indies batters took the Indian bowlers to the cleaners, plundering sixes at will to keep their team on course in the huge run chase. There were 11 sixes in all in the West Indies innings, while India's batters could only manage four.

The West Indies beat England in the final to become the only team to win two T20 World Cups. 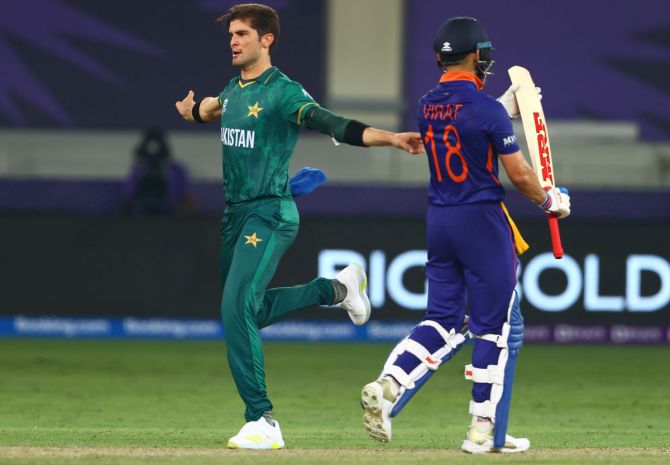 India were the hosts of the tournament, which was shifted to the UAE and Oman because of COVID-19.

India, who were in Group 2 with five other teams, suffered two crushing defeats in their first two games against Pakistan and New Zealand which made qualification very difficult.

India made amends by beating Afghanistan, Scotland and Namibia in the remaining matches. However, that was not enough as India needed New Zealand to fare badly to qualify as the second team from the group along with Pakistan.

New Zealand went on to win their remaining three games to finish second, and India had to make an unceremonious exit. T20 World Cup: Which keeper has most dismissals 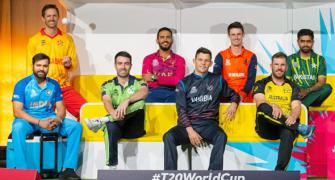 Why Australia are favourites for T20 World Cup 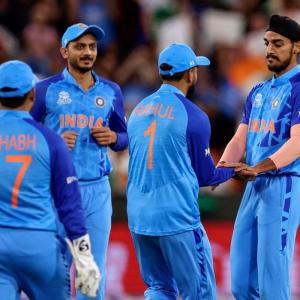 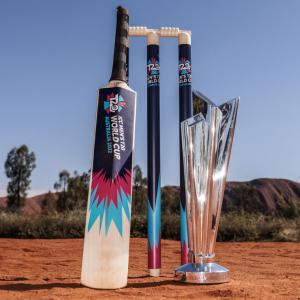