IMAGE: The 45 matches in the T20 World Cup 2022 will be played in the cities of Geelong, Hobart, Perth, Brisbane, Adelaide, Sydney and Melbourne. Photograph: Brook Mitchell/Getty Images

Factbox on the eighth Twenty20 World Cup, which takes place from October 16 to November 13 in Australia:

* The tournament was originally scheduled for late 2020 but postponed due to the COVID-19 pandemic. India staged the seventh edition in the United Arab Emirates (UAE) last year.

* The 45 matches will be played in the cities of Geelong, Hobart, Perth, Brisbane, Adelaide, Sydney and Melbourne. The semi-finals take place at Sydney Cricket Ground and Adelaide Oval with the final at Melbourne Cricket Ground.

* Hosts Australia are the reigning champions after beating New Zealand in the final in Dubai last year to win their first title.

* Despite being former champions, West Indies and Sri Lanka will play in the opening qualifying stage. Eight teams have been split into two groups with the top two from each progressing to the Super 12.

* The Super 12 will also be played as a round robin with two groups of six. The top two from each go through to the semi-finals.

* Teams will get two points for a win and one point if a match is unable to be played or is abandoned. Ties in the group standings in both stages will be decided by net run rate.

* In the event of scores being tied at the end of 40 overs, Super Overs will be played until there is a winner.

* New laws in place for this edition of the World Cup include the permanent ban on the use of saliva to polish the ball and the 'Mankad' being allowed as a method to run out a batsman. 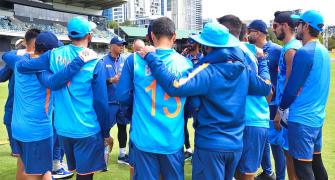 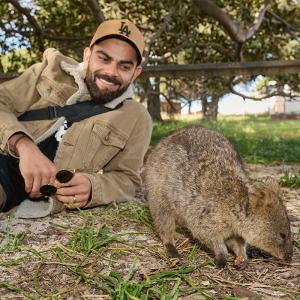