Will Rohit or Virat smile tonight? 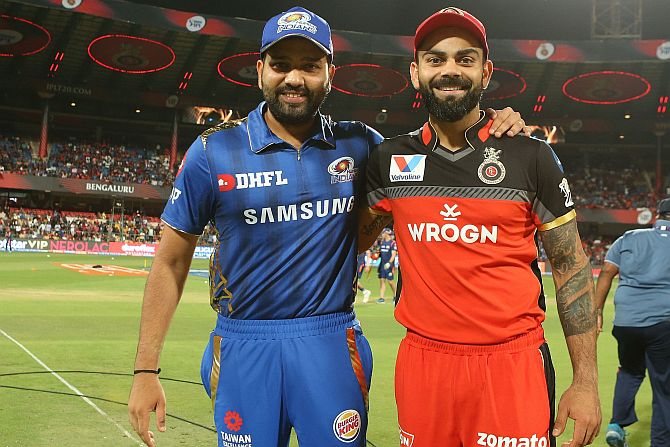 6:1 Mumbai Indians' win-loss record against the Royal Challengers Bangalore since 2016.

9.75 Virat Kohli's batting average against Mitchell McClenaghan in the IPL.

McClenaghan has dismissed Virat four times in 40 balls while conceding only 39 runs.

33 Number of sixes hit by Royal Challengers Bangalore batsmen in IPL 2019, the fewest by any side.

47.91 Percentage of Royal Challengers Bangalore's runs in IPL 2019, which have come from Virat Kohli and A B de Villiers.

78.40 Virat Kohli's batting average at the Wankhede in IPL matches.

100 Hardik Pandya needs 4 wickets to complete his century of wickets in T20 cricket.

8,000 Rohit Sharma will become the third Indian batsman after Suresh Raina and Virat Kohli to aggregate 8,000 runs in T20 cricket if he scores 40 tonight. 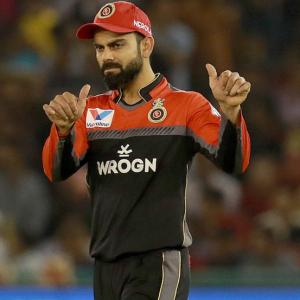