The two areas where India's team management and selectors need to do a lot of brainstorming are the No 4 slot and an extra fast bowler, reports Harish Kotian. 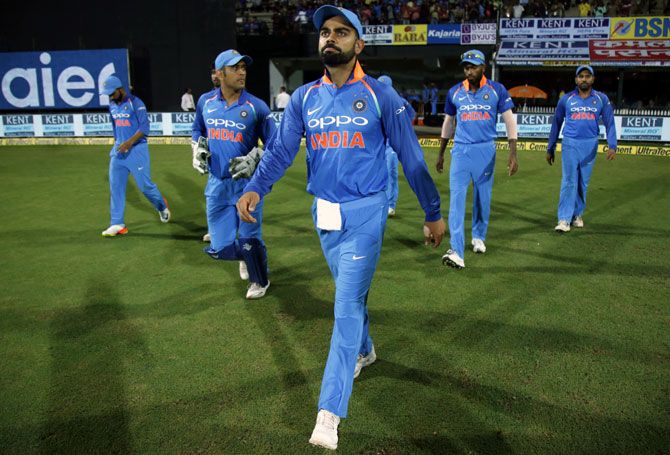 IMAGE: Captain Virat Kohli and the selectors face a few tough questions as they pick India's squad for the 2019 World Cup. Photograph: BCCI

With just a week to go before the selectors reveal the 15 players who will represent India at the 2019 World Cup, the question has become all-important.

Most of the players, who are regulars in ODIs, automatically pick themselves and there could be a debate only for a slot or two.

The two areas where India's team management and selectors need to do a lot of brainstorming are the No 4 slot and an extra fast bowler.

The likes of Dinesh Karthik, Ambati Rayudu, Rishabh Pant, Ajinkya Rahane, Vijay Shankar and Manish Pandey are all on trial during the ongoing IPL, but so far none of them has caught the eye.

Former batsman Sanjay Manjrekar tipped all-rounder Vijay Shankar to get the nod for the crucial No 4 position.

"Vijay Shankar is my number 4 for his ability to hit sixes as well as rotate the strike. Play him as a batsman. As a bowler, he's worth only three-odd bonus overs, not seven or the full quota of 10," the former cricketer told the Times of India.

On Rayudu, Manjrekar said: "After his 90 against New Zealand in Wellington, I was sure he had cemented his spot. But three low scores and the rise of Vijay Shankar thereafter have put his place in question."

"Rayudu is my man. I can't believe India is even questioning that. For so long, he has been so good. I don't know why they are questioning, maybe because you need to speak about something before the World Cup. I don't see KL Rahul taking that slot, as much as I admire him. His time will come. And if anything he is more of a stand-by opener for me as opposed to the number four slot," he told IANS.

Former selector Raja Venkat believes Karthik is the right man for the No 4 slot because of his ability to play well against the fast bowlers.

"In English conditions, it won't be easy and you need someone experienced in the batting order. That is where Karthik will come in handy because he is very good against the fast bowlers."

Delhi Capitals’ coach Ricky Ponting backed the exciting Pant to bat at No 4 in the World Cup.

"I would be picking him in the Indian team as the batsman for No.4 as he can win you the game with his talent," he said.

KKR captain Karthik, who was recently dropped from India's ODI squad, hasn't made most of the opportunities. He played a good innings of 50 from 36 against Delhi Capitals but failed against Sunrisers Hyderabad (2) and Royal Challengers Bangalore (19) despite coming out to bat with enough overs in hand.

The young Pant started the IPL well with a cracking innings of 78 from 27 balls at No 5 against Mumbai Indians but since then his batting has gone on a downward slope as he switched from No 5 to No 4. Also, twice in run chases he has thrown his wicket away to reckless shots -- against Kings XI Punjab and Royal Challengers Bangalore -- which could go against him.

Playing for Chennai Super Kings, Rayudu has struggled in the IPL so far with 55 runs in five innings, with a best of 28. But it's important to note that Rayudu has opened in four of the five innings, where he struggled, before he was slotted at No 5 in CSK’s last match against Kings XI Punjab, where he made 21 not out from 15 balls.

Kings XI Punjab's Rahul took time to get going as he got out early in the first two games, but has since played a match-winning 71 not out from 57 balls against Mumbai Indians and 55 from 47 balls against Chennai albeit in a losing cause. Against Hyderabad on Monday night, he scored an impressive 71 off 53.

Sunrisers Hyderabad’s Shankar has not had a good IPL so far, with 131 runs in six ive matches. He started off well with 40 not out against Royal Challengers Bangalore when he was sent at No 3, before smashing 35 from 15 balls at No 4 in the next match against Rajasthan Royals. However, in the last four innings he has managed just 9, 16, 5 and 26.

His Sunrisers team-mate Pandey has not made the opportunities count with 35 runs from five innings. He failed against Rajathan Royals and also didn’t make it count when sent at No 4 against Delhi Capitals and Mumbai Indians. Against Kings XI Punjab on Monday night he made 19 off 15 balls.

It is difficult to see Rahane breaking into the World Cup. He last played an ODI in February last year and has not done anything of note in the IPL except for his innings of 70 from 49 balls against Sunrisers, despite opening in all five games.

Delhi Capitals captain Shreyas Iyer has thrown his hat into the mix with his consistent batting in the IPL at No 3. He played a superb innings of 67 from 50 balls to lead Delhi to victory against RCB, and is third on the run scoring charts with 215 runs at an average of 35, the best by an Indian in IPL-12.

There is also a school of thought that Kohli could drop down to No 4 and someone like Rahul getting slotted at No 3 but India would ideally not want to gamble with their captain’s batting position in an important tournament like the World Cup.

Talking about the bowling, India’s top three fast bowlers -- Jasprit Bumrah, Bhuvneshwar Kumar and Mohammed Shami -- have shaped up well recently along with all-rounder Hardik Pandya, but the search for the elusive fifth fast bowler continues with any success.

Umesh Yadav has struggled, going at nearly 8.5 runs per over in four games before he was dropped while his RCB team mate Mohammed Siraj has also conceded at over 8.5 in the six games while also being poor in the field.

But their younger fast bowling colleague Navdeep Saini has been impressive, taking four wickets in the five games at an economy of 7.85.

Left-arm pacer Khaleel Ahmed has struggled to break into the Sunrisers’ playing XI in the first six games which could hurt his World Cup chances. But his other SRH fast bowling colleagues have made quite an impression. Sandeep Sharma has been the best Indian fast bowler in IPL-12 so far with eight wickets from six games, while Siddarth Kaul has bagged six wickets from as many games.

Deepak Chahar has benefitted playing under the experienced Mahendra Singh Dhoni at CSK, who has used him quite wisely. The pacer has taken five wickets from five games but his economy rate of 6.15 stands out as Dhoni has preferred to bowl most of his overs with the new ball where he has not only bowled tight but also provided early breakthroughs.

In English conditions, having a good back-up fast bowler will be critical and as such it will be interesting to see who gets the nod, with just one more week for the players to catch the selector’s attention.

Will spin play a part in the World Cup? It will be interesting to see if Ravindra Jadeja makes the cut as the third spinner or if selectors prefer to go in with an extra batsman or a pace bowling all-rounder in Shankar.

Do you agree with our choices? Let us know.

You could also play the selector by picking your own 15-member Indian team for the World Cup in the message board below: 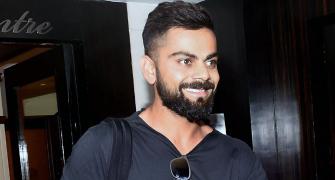 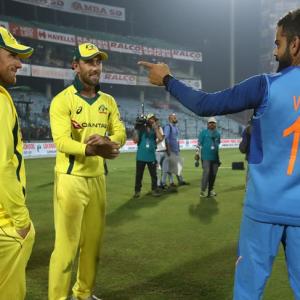 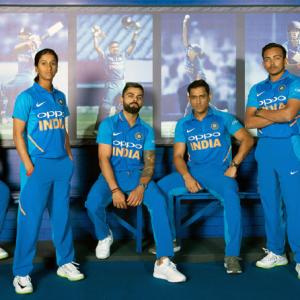