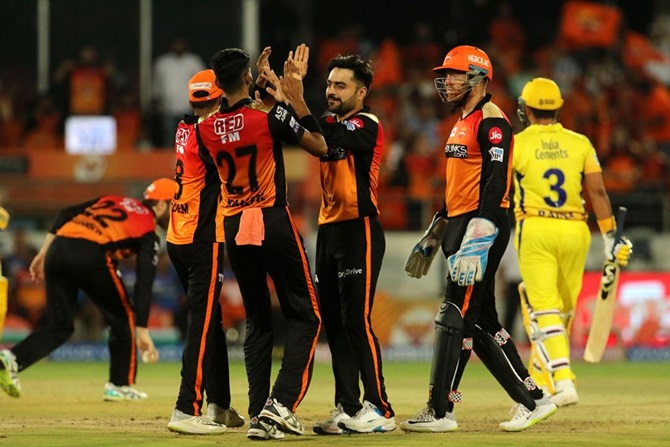 Openers David Warner and Jonny Bairstow went all blazing to help the Sunrisers Hyderabad break their losing streak as they defeated the Chennai Super Kings by 6 wickets at the Rajiv Gandhi International Stadium in Hyderabad on Wednesday, April 17, evening.

Before the Dave and Jonny show, the SRH bowlers did well to restrict Shane Watson (31) and Faf du Plessis (45). The CSK opening pair added just 41 runs in the powerplay.

Both openers lost their wickets in quick succession. The Aussie all-rounder was castled by Shahbaz Nadeem in the 10th over. In the very next over, Vijay Shankar got the better of du Plessis.

It was a jolt for the visitors, but considering their batting depth, CSK fans would not have been worried about their side at that juncture.

With SRH's reputation of leaking runs in the death overs, CSK would have fancied their chances of posting a challenging total. But the SRH bowlers came back strongly.

Suresh Raina and Ambati Rayudu found it hard to get going as Rashid Khan turned on his guile.

In the 13th over, the Afghan leg-spinner delivered a game-changing over in which he dismissed Raina and Kedar Jadhav, both lbw.

The visitors slipped to 99/4 and struggled to get going thereafter.

In the remaining 10 overs, all CSK batsmen managed was 52 runs for the loss of 4 more wickets.

SRH reached the 133-run target with 19 balls to spare to move to the 5th spot in the IPL table. 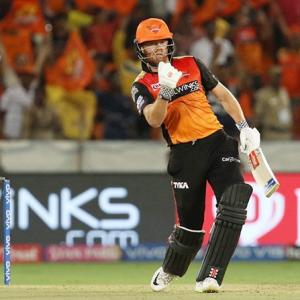 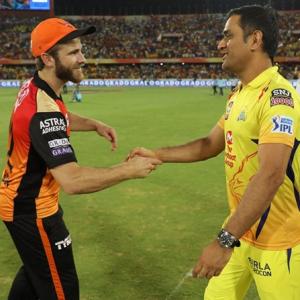