'Bumrah is a class act.'
'Bhuvneshwar makes the ball move and that is why he will be successful over in England.'
Brett Lee on why India's pace attack makes Kohli & Co one of the favourites at the World Cup.
Harish Kotian/Rediff.com listens in. 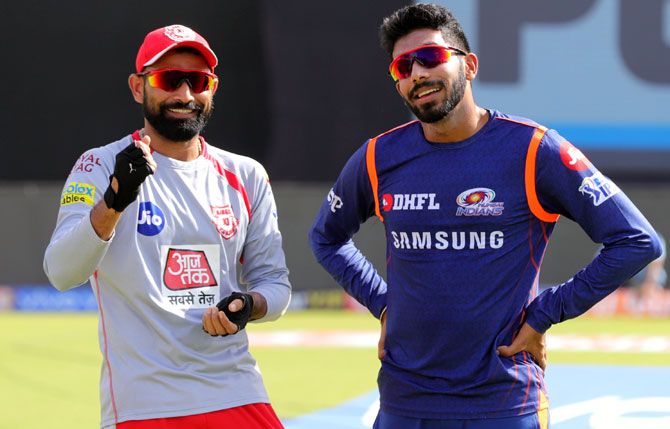 Australia cricket legend Brett Lee believes India are one of the favourites at the 2019 World Cup because they have a good pace bowling attack.

"India is in pretty good hands at the moment. I reckon their chances will be very, very good (at the World Cup) because they have got a good bowling attack," Lee said in Mumbai on Wednesday, April 17, at the launch of the Runwal Group's tie-up with Cricket Australia to provide world class coaching at their residential projects in Mumbai.

India have gone in with three specialist pace bowlers in their 15-man squad -- Jasprit Bumrah, Mohammed Shami and Bhuvneshwar Kumar. All-rounders Hardik Pandya and Vijay Shankar are also expected to make contributions with the ball.

India have also picked three specialist spinners -- Kuldeep Yadav, Yuzvendra Chahal and Ravindra Jadeja -- for the World Cup, which begins on May 30.

Two-time world champions India begin their World Cup campaign on June 5 against South Africa at the Hampshire Bowl in Southampton.

Lee, who was part of Australia's World Cup winning team in 2003, is full of praise for Bumrah and Bhuvneshwar, who he believes will make an impact in England.

"Bumrah is a class act, he has a different action, but he has got good pace."

"You don't need to bowl 145kmph to be successful, someone like Bhuvneshwar, he doesn't bowl around 145kmph, but he makes the ball move and that is why he is so successful and he will be successful over in England," he said.

Bumrah, Bhuvi and Shami have a good record in ODIs -- overall and also since January 2018 -- with all of them having an economy rate of under 6 as can be seen in the table below.

"We have seen Prasidh Krishna throughout the IPL bowling at around 145kmph and thereabouts. Navdeep Saini is another promising young fast bowler coming through, so the pleasing thing about the Indian fast bowlers currently is that they have got some good pace," Lee, who took 380 ODI wickets in his career, pointed out.

"We all know that 130kmph is not good pace, I have always said it is slow. What is good pace is anything over 145kmph, and finally we are seeing some Indian bowlers touching the 145kmph barrier which is exciting for Indian cricket," Lee, who was the fastest bowler in his time, added.

Lee urged India's cricket administrators to come up with good wickets to encourage youngsters to take up fast bowling.

"I urge the ground staff to prepare wickets that are a bit more conducive to fast bowling. I want to see a wicket with a little bit more in it (for the fast bowlers), thoda thoda (little bit) grass to make the bowlers smart," Lee said, "to give the bowlers an opportunity to bowl fast". 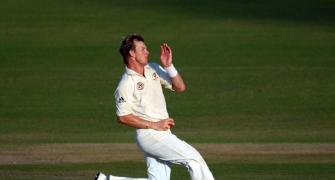 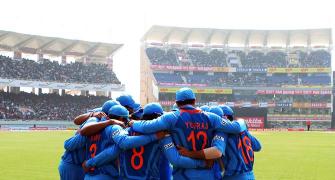 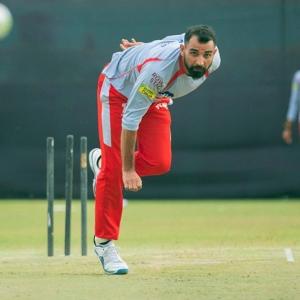 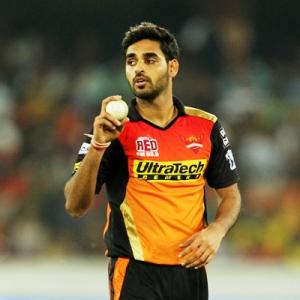 The big secret of much improved Bhuvneshwar