At 37, Dinesh Karthik could well be playing his last ICC tournament, having been a part of the global event squad since 2007.

At 25, Rishabh Pant has years of top-flight cricket left in him. He batted from start to finish during the nets but a place in the playing eleven still looks like a distant reality.

Both are at different stages of their lives, Karthik doing some special 'blind drills' so that people don't criticise his keeping in what could be his last big tournament. While gathering a powerful throw, he seemed to be in pain and took off his main gloves and looked at his 'inners'. Karthik had missed an easy stumping chance against the Netherlands.

It was mental conditioning coach Paddy Upton, who batted left-handed during Karthik's drills.

In fact, coach Rahul Dravid had instructed net bowlers (spinners) to bowl fast and quick into the stumps when Karthik was keeping.

"We got an instruction from the Indian coaches to flight it less and bowl fast and keep it within stumps without many turns for Karthik to keep. We are not used to bowling this quick in Grade cricket but it was good fun," said one of the net bowlers Khilesh.

As Karthik did his drills, Pant batted and batted at the other nets.

Pant was a picture of aggression in the nets as Rahul Dravid spent the maximum time looking at his batting. At times he treated Shardul Thakur and Mohammed Siraj with utter disdain. At other times, he played and missed but didn't leave the nets.

After the two-hour session, when everyone thought he was packing his kits, he took out his keeping gear and asked Nuwan Senaviratne to give him throwdowns for another 15 minutes.

Pant obliged the selfie hunters as well as the journalists He shook hands with familiar faces and exchanged pleasantries. 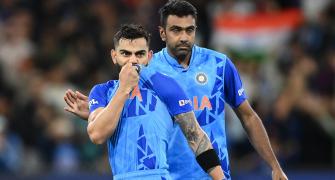 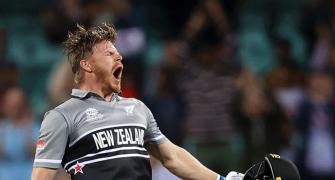 T20 World Cup: Ervine's focus is on B'desh, not semis