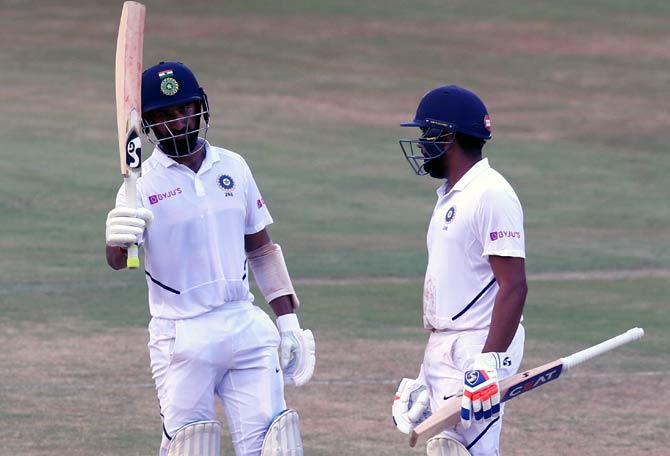 After Rohit Sharma had a momentary abusive outburst over Cheteshwar Pujara during the ongoing Test match between India and South Africa, England all-rounder Ben Stokes, on Saturday, came out with a witty tweet drawing comparisons between Indian captain Virat Kohli and Sharma.

Stokes, who has in past as well, displayed his wit and humor during similar cuss-words usage by the Indian captain, took to Twitter to pass out his comment over the usage of the Indian curse word during Saturday's match. "This time it's Rohit, not Virat....if you know you know," Stokes tweeted.

Rohit was seen using the curse word during the first Test match between India and South Africa. On day four of the match, right-handed Sharma used it, urging teammate Cheteshwar Pujara to take a run.

The outburst of Sharma invoked a flood of humorous responses on Twitter, with 'Pujara' also making it to one of the top trends in the country.

One fan used a famous scene from Bollywood movie '3 Idiots' in which the father of Rohit Sharma is urging Kohli to stay away from him.

Earlier this year, Stokes had taken a jibe at Kohli, saying the cricketer uses the curse word rather than his name. The 28-year-old also said that it used to be funny but it is not anymore.

"I may delete Twitter just so I don't have to see another tweet reading, "He's saying 'Ben Stokes' (when he's clearly not) in reply to a video of Virat saying you know what it was funny the first 100,000 times," Stokes had tweeted.