India coach Shastri hails 'one of the greatest series ever' 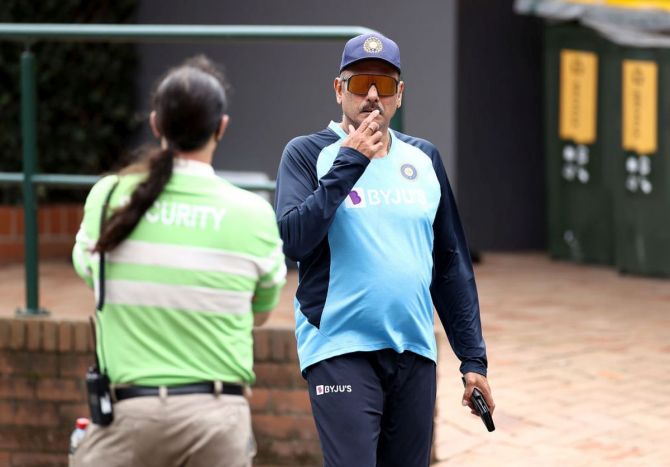 An injury-ravaged India's 2-1 triumph in Australia under a stand-in captain will go down as one of the greatest series ever played, coach Ravi Shastri said on Tuesday.

India were bundled down for a record low of 36 in Adelaide and regular skipper Virat Kohli left a demoralised team behind him as he returned home to attend the birth of his daughter.

Under Ajinkya Rahane, India levelled the series in Melbourne and drew in Sydney but had lost their entire frontline bowling attack to injuries by the time they arrived in Brisbane.

Washington Sundar and T Natarajan, retained as net bowlers, made their Test debut, helping India pull off a series victory for the ages after prevailing by three wickets in the decider.

"I'm not someone who really has tears in my eyes but I had real tears because this is unreal," Shastri told a video conference.

"The penny has still not dropped, and it will take a long time to drop. Unreal."

Playing his first series, opener Shubman Gill laid the foundation for India's chase with a classy 91 and number three batsman Cheteshwar Pujara took several blows on his body and helmet during his obdurate 56.

Rishabh Pant then smashed an unbeaten 89 to complete a memorable series victory for the tourists.

"What these guys have pulled off will go down in history as one of the greatest series ever played," Shastri said.

"When you take the COVID situation and the spate of injuries into account, showing stomach for a fight after being bowled out for 36 is unimaginable."

The challenges of living in a bio-secure bubble and the spate of injuries made it the toughest tour he could remember, said the former Test player.

"This is the toughest tour ever. We're playing in COVID times, quarantine times and with the multiple injuries -- nothing comes close. It surpasses all."

Rahane inspired India's comeback with a captain's century in Melbourne and the Mumbaikar was his modest best after the win.

"I was emotional too. I still don't know what happened and don't know how to describe this," said Rahane, who gifted a signed India jersey to Australia's Nathan Lyon on the spinner's 100th Test after the match.

Rahane also pointed how the coach's contribution was the key to the team's success.

"Ravi bhai's contribution matters a lot for us. The way he handled the situation and supported us not only in this series but in all the tours before this," Rahane said in the virtual press conference.

"He had backed us in 2018 also when we won in Australia. I personally have learned a lot from him. The way he backed the team, made my job as a captain easy," he added.

© Copyright 2021 Reuters Limited. All rights reserved. Republication or redistribution of Reuters content, including by framing or similar means, is expressly prohibited without the prior written consent of Reuters. Reuters shall not be liable for any errors or delays in the content, or for any actions taken in reliance thereon.
Related News: Congratulate Team India, Ravi Shastri, Rahane, COVID, Australia
SHARE THIS STORYCOMMENT
Print this article 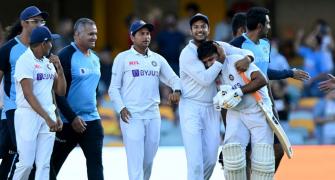