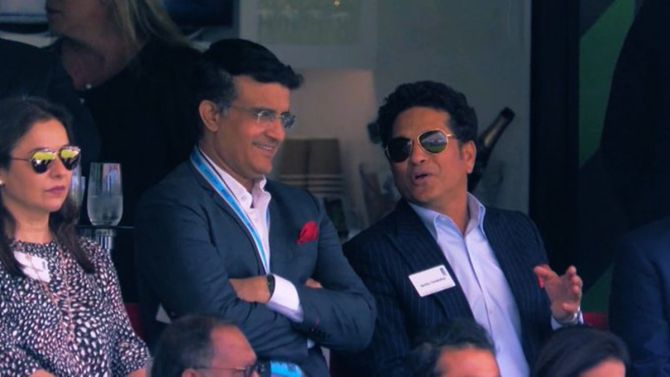 IMAGE: Sachin and Dr Anjali Tendulkar with BCCI President Sourav Ganguly, centre.
Mr Tendulkar and Mr Ganguly, according to ESPNCricinfo partnered each other in 136 innings between 1996 and 2007, scoring a world record 6,609 runs with a highest of 258 runs. Photograph: Kind courtesy BCCI/Twitter

When India played England in the second ODI at Lord's, the stars weren't just on the field, but in the stands as well. BCCI President Sourav Ganguly and his former ODI opening partner were spotted watching the game together. As soon as the camera panned towards the legendary batting duo, the spectators erupted in joy. Mahendra Singh Dhoni was also among the attendees at the game.

Suresh Raina, who retired from international cricket on the same day as Dhoni in August 2020, caught up with MS, Harbhajan Singh and Ravi Shastri at Lord's. 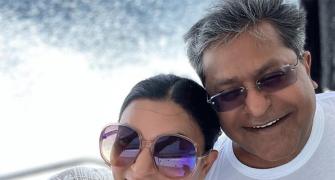 Asia Cup to be moved to Bangladesh amid crisis in SL?