Rajneesh Gupta presents all the interesting numbers from Day 3 of the India-England Test at Lord's. IMAGE: Joe Root acknowledges the cheers at Lord's for his sterling 180 not out, August 14, 2021. Photograph: Paul Childs/Getty Images

2 Number of England players to aggregate 9,000 runs in Test cricket.

Joe Root joined Alastair Cook in this exclusive club. Overall, Root is the 16th player to accomplish this feat.

1 Root is the quickest among the 16 players to reach the 9,000 run-mark in terms of days since making his Test debut, taking just 8 years 8 months and 2 days.

Quickest to reach 9,000 runs in Tests

(from the day of debut)

Till last year, his conversion-percentage was only 25.75 as only 17 of his 66 fifties were converted into hundreds.

38 Number of international hundreds scored by Joe Root -- joint-most by an England player, along with Cook.

22 Number of Test hundreds scored by Root -- third joint-most by an England player.

Root's 11 hundreds as captain are also the second most for England, behind Cook's 12 (Graham Gooch also had a tally of 11).

7 Number of Test hundreds Root has scored against India -- joint-most for any player in India-England Tests.

5 Number of Test hundreds scored by Joe Root this year -- most by an England captain in a single calendar year.

353 Runs scored by Root in the series. All other England batsmen have aggregated 455 runs together.

3 Number of consecutive innings in which Root has top scored for England. He made 64 in England's total of 183 and 109 in 303 at Nottingham in the first Test.

13 Number of no balls bowled by Jasprit Bumrah in England's innings.

The last time an Indian bowler bowled this many no-balls was in 2011 -- Zaheer Khan against the West Indies at Georgetown in 2002. 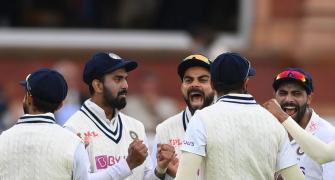 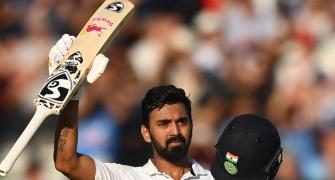 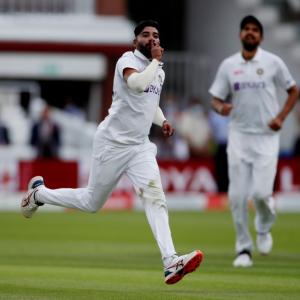 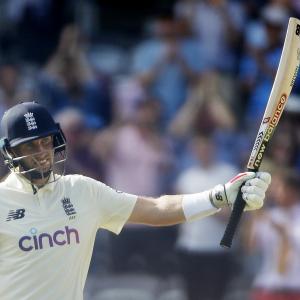