IMAGE: Virat Kohli is perhaps enduring the most challenging phase of his career. Photograph: Shailendra Bhojak/PTI

Chasing an elusive international hundred for 28 months now, Virat Kohli would hope for a turnaround at his 'spiritual home' when India take on an under-prepared Sri Lanka in the second Test, with the action unfolding under flood lights, in Bengaluru, from Saturday.

Interestingly, the last time Kohli reached a three-figure mark, it was a 'Pink Ball' game in which India thrashed Bangladesh by an innings and 46 runs in Kolkata, back in November 2019. He had scored 136 back then.

The former India skipper has taken strike in 28 innings since then but a Test hundred has remained elusive. The 33-year-old has got a 50-plus score only six times with highest being a knock of 79 against South Africa in Cape Town in January this year.

Now he is returning to the M Chinnaswamy stadium, a venue which he knows like the back of his palm as he has led his IPL side Royal Challengers Bangalore (RCB) for a decade. That comforting familiarity with the conditions may also help.

A colossus that he has developed into in world cricket, expectations are always high from the star Indian cricketer, who is perhaps enduring the most challenging phase of his career and not just in pure cricketing terms.

Kohli's run-in with the establishment and the subsequent removal from the leadership role in ODIs may have added pressure but he can breath easy since in Sri Lanka he faces a bowling attack, which hardly has the wherewithal to the trouble the Indian batters in their own den.

Kohli had got a start even in the Mohali Test but could not make full use of that. It's not that he is not batting well. He is still striking the ball with ease and that trademark fluency is also there but lapse of concentration at times is becoming his undoing.

Fatigue that creeps in with a punishing schedule and age could be factors and the lack of confidence due to noise surrounding him outside the cricket grounds is also something which is perhaps affecting his batting.

Batting against a below-average Sri Lankan attack in a comparatively small ground is actually a perfect opportunity to come out of the lean patch in-front of capacity crowd that has always egged him on.

Since it is a pink ball contest, either a fit-again spinner all-rounder Axar Patel or pacer Mohammed Siraj could replace Jayant Yadav in the playing XI because both have ability to cause more damage in a Day/Night game.

Jayant did not do anything special in Mohali. Even when the Sri Lankans were struggling, he went wicket-less in his 17 overs across the two innings.

Axar in his last Pink ball Test had wreaked havoc with his under cutters in Ahmedabad against England, taking 11 wickets in that contest.

He even opened the attack in the second England innings.

However, if grass is left on the pitch then Siraj would be a better option for skipper Rohit Sharma.

It's unlikely if there is any more change even as it will be interesting to see if Hanuma Vihari is given another chance to bat at number three. Rohit had said that it not certain that the slot would remain with Vihari.

Their resources already not good enough to challenge the talent in the Indian squad, Sri Lankans will be without pacer Lahiru Kumara, who has been ruled out due to a hamstring injury. Dushmantha Chameera may replace him in the visiting playing XI.

Skipper Dimuth Karunaratne will have to lead from the front and produce something out of the ordinary to ensure that they do not meet the same fate as that in the series-opener. He had got starts in both innings but could not convert.

Also, veterans like Angelo Mathews have to show a bit more stomach for fight.

While the batters, at least found runs, intermittently, the Lankan bowlers cut a sorry figure.

Pacer Suranga Lakmal, playing his last series, was the lone from among six bowlers, who managed an economy of under-4 runs. Others were pretty expensive with every Indian batter going after them, especially Rishabh Pant (96) and Ravindra Jadeja (175).

It will be the last Test match on home soil for team India in 2022. There are seven more Tests in the current WTC cycle after the Lankan series. The team will travel to Bangladesh for a two-match series and then Australia will arrive for a four-Test rubber in 2023.

The one Test of the last year's England tour is still to be played away. India need to win all these matches, if the team has to qualify for the WTC final.

For both Sri Lanka and India, it will be their fourth Day-Night Test and both share similar record of two wins and a defeat each. 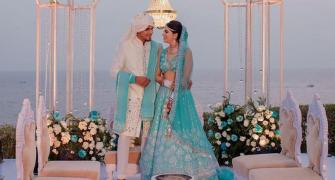