IMAGE: One of the true legends of the game and one of the greatest captains, Shahid Afridi said of Mahendra Singh Dhoni in a tweet. Photograph: Getty Images

The Pakistan cricket community hailed Mahendra Singh Dhoni in one voice, calling him one of greatest captains that India produced and the one, who impacted the game in his own way.

Dhoni, who announced his retirement from international cricket on Saturday, won the ICC World Cup, World T20 and Champions Trophy titles besides taking India to the number one spot in Test cricket.

Inzamam, who won the most caps for Pakistan, said, "He is, in my mind, one of the greatest cricket captains India has produced. A true match-winner against whom I enjoyed playing against a lot."

Rashid Latif felt that Dhoni's legacy will be remembered forever in Indian cricket.

"Fantastic player and captain. He had this knack for reading the game so accurately and using his players accordingly for every situation and he was the perfect match finisher.

"He used to read the situation so well and finish accordingly. The criticism against him after last year's World Cup's semi-final was unjustified as he tried his best in difficult circumstances."

Former Test opener, Mudassar Nazar said there was no doubt that Dhoni was one of the great finishers the game has produced.

"I first saw him when I was coaching in Kenya. There was a triangular tournament in Nairobi and Dhoni scored back-to-back centuries. But even then, I never knew he would go on to leave such a big impact on Indian and world cricket," Mudassar said.

Muhammad Yousuf himself a top batsman said that Dhoni's ability to get runs as captain and wicketkeeper was astonishing.

"He batted at different positions and he always delivered. I remember his innings in the 2011 World Cup final. It was a master stroke the way he promoted himself in the batting order and hit the winning six."

Basit Ali said that in his entire career he had never seen a more versatile player than Dhoni.

"Just look at his record for India and for Chennai Super Kings it is amazing. When he played for Pune in 2016 and 2017 his team played in the IPL final. Such was his impact on any team."

"His balancing act was so impressive. The way he led the senior players, gave them respect and kept the calm in the dressing room. The way he picked and then backed so many young players who have eventually become world class performers for India including Virat Kohli and Rohit Sharma."

"Personally, I find him to be a very exciting and a class player who fits the description of an impact-player perfectly. He really came through for India and he deserves all credit for the way he set the example with his bowling, batting and fielding," said Moin.

Flamboyant all-rounder, Shahid Afridi also praised Dhoni in a tweet and wished him the best for the future.

"One of the true legends of the game and one of the greatest captains," Afridi wrote.

© Copyright 2021 Reuters Limited. All rights reserved. Republication or redistribution of Reuters content, including by framing or similar means, is expressly prohibited without the prior written consent of Reuters. Reuters shall not be liable for any errors or delays in the content, or for any actions taken in reliance thereon.
Related News: Mahendra Singh Dhoni, Shahid Afridi, Waqar Younis Mudassar Nazar, India, Basit Ali
SHARE THIS STORYCOMMENT
Print this article 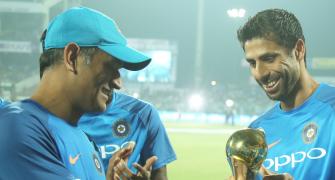 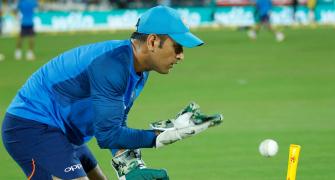 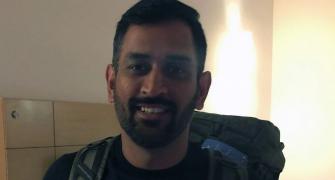 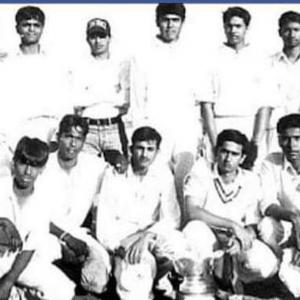