So we won't be seeing Mahi wield his willow in an international game again.

There is sadness reading about Dhoni's departure from the cricketing world stage, but also wonderment at haveing seen him in action.

Whipping off the bails with abracadabra before the opposing batsman could figure out what was happening.

How we will miss him! 2. Even after he made his Ranji Trophy debut at the age of 18 in 2000, he was employed as a ticket collector at the Kharagpur railway station in West Bengal between 2001 and 2003.

3. He later joined Air-India. He represented the national airline in the BCCI Corporate Trophy in 2009. Dhoni gave up his Air-India job in 2013. 4.Dhoni was recommended as Team India's skipper by Sachin Tendulkar.

Rahul Dravid had stepped down as captain after the 2007 World Cup debacle where India was knocked out in the first round. 6. In 90 Tests, Dhoni scored 4,876 runs with 256 catches and 38 stumpings. In December 2014, he announced his retirement from Test cricket, abruptly in the middle of India's tour of Australia.

9. The swashbuckler has scored nine ODI centuries and two of those tons came from batting at No 7.

The most by any captain who has played at the lower-order position. IMAGE: Dhoni with the 2011 ODI World Cup at the Gateway of India. Photograph: Ritam Banerjee/Getty Images

11. Dhoni captained India when the team rose to the No 1 spot in the Test rankings for the first time in 2009.

14. Dhoni =has hit the most international sixes as captain. 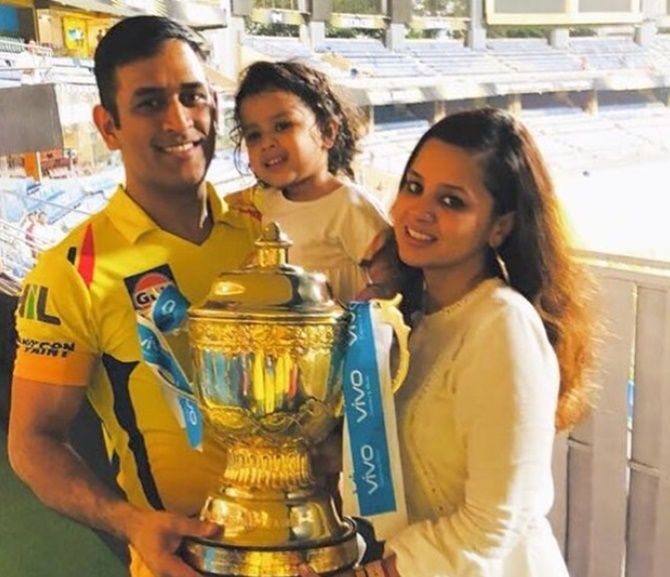 17. The sight of him taking off his gloves and bowling in the Lord's Test in 2011, even before lunch, angered another World Cup-winning captain, the mighty Kapil Dev.

Where would another 'keeper remove pads and gloves and roll his arm over when the game was at a competitive stage?

18. Dhoni has picked up one wicket in international cricket -- against the West Indies during the 2009 Champions Trophy. 19. In 2017, he handed over the captaincy to Virat Kohli in the 50-over format. The wicket-keeper enjoys a great camaraderie with the latter.

20. Dhoni is the only captain to lead his side in all six T20 World Cups.

21. Dhoni holds the record of playing the highest innings by an Indian wicket-keeper in the longest format. In 2013, Dhoni scored 224 against Australia in Chennai. He is also the only Indian wicket-keeper-batsman to score a double-century in Test cricket.

22. Dhoni was not in favour of the Decision Review System. It was no surprise that he would ce the DRS after India began embracing the technology. Dubbed as the 'Dhoni Review System' by his fans, the Ranchi boy gets DRS calls right more often than not.

23. On April 5, 2005 Dhoni registered his first international century. He scored 148 against Pakistan in Visakhapatnam.

24. He last played a competitive cricket match against New Zealand on July 9, 2019 during the World Cup.

25. Dhoni missed out on making it to the U-19 World Cup team back in 2000. Ajay Ratra was selected as the wicket-keeper.

26. Dhoni's first Love: 'I love my country, I tell my wife she is only the third most important after my country and my parents, in that order.' 28. Dhoni tried his hand at golf and participated in maiden golf tournament in the US.

29. Dhoni wore the jersey number 7. He has a special preference for the number since his birthday is on July 7. July too is the 7th month on the calendar. So the number seven keeps repeating in various forms for Dhoni.

30. His favourite actor is John Abraham. His long hairstyle from his initial years of international cricket were inspired by John.

31. Dhoni played badminton and football and was selected to represent district and club in both sports in Jharkhand where his Uttarakhand native parents had settled down.

His reflexes as wicket-keeper are still arguably the best in the business and that can be attributed to the fact that he started out as a goal-keeper in football.

It wasn't until he was in Class 10 that Mahi decided to focus on cricket.

Mahi remains an avid soccer fan and is a co-owner -- along with Abhishek Bachchan and Vita Dani -- of Chennaiyin FC, the football team who participates in the Indian Super League.

32. Dhoni is also a huge WWE fan. His favourite wrestlers are Bret the 'Hitman' Hart and Hulk Hogan.

After the gloves kicked up a ruckus, the ICC forced Dhoni to settle for something more conventional.

35. Dhoni was the most expensive signing at the first IPL players auction, contracted by the Chennai Super Kings for $1.5 million.

36.On his ODI debut, Dhoni scored a duck against Bangladesh, out run out.

37. His motorcycle obsession is well-known. The X132 Hellcat is one of the many bikes in Dhoni's collection.

He also owns a team -- the MSD R-N Racing Team India -- in the FIM Supersport World Championship. It was later named Mahi Racing Team India; Telugu movie star Nagarjuna is an investor in the team.

38. Dhoni made the helicopter shot a trademark of his ODI batting. He was taught the shot by a close friend, Jharkhand cricketer Santosh Lal. 39. Dhoni is a self-proclaimed 'absolute pet-lover'. Dhoni has dogs at home in Ranchi and he once said he loves going back to them after a series because they treat him the same, whether he has won or lost. 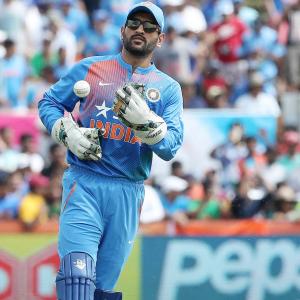 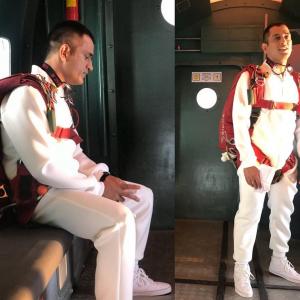