Former India pacer Ashish Nehra, who was a part of the victorious 2011 World Cup squad and also played for Chennai Super Kings in the IPL with the now-retired Mahendra Singh Dhoni, writes about what it meant sharing the dressing room with the reticent icon. I first saw Mahendra Singh Dhoni in the early winter of 2004 before we were to go to Pakistan. It was the Duleep Trophy final and I had a stiff back but then skipper Sourav Ganguly told me that "Ashu, play the final and tell us how you feel".

It was the match where I first bowled to MS Dhoni and I don't remember how much he scored but once you have played for India, you have an idea which player can make it. What I saw in that brief knock made me realise that he can survive in international cricket.

At that time, I was consistently hitting 140kph and one of his strokes was a mis-hit that went for a six over third man. The sheer power amazed me.

If you ask me about his keeping, he certainly wasn't in the league of Syed Kirmani, Nayan Mongia or for that matter even Kiran More back then.

But with time, he got better and when he ended his career, he was the keeper with the quickest hands due to his sheer cricket smartness.

When he arrived in Indian cricket, he wasn't a gym person but had an incredibly strong lower body as he played badminton and football regularly.

What was my first impression when he came into that Indian dressing room in 2004-05 season? I would say he came across an introvert and was polite to a fault.

Five of us -- Sachin Tendulkar, Harbhajan Singh, Yuvraj Singh, Zak (Zaheer Khan) and myself -- had dinner together on most days during tours. I don't recall Dhoni ever joining us. He was always reserved.

He would never go to any senior cricketer's room and mostly kept to himself. That was 2004-05 but till I last played in 2017, he remained the same when it came to socialising.

Approachable but an introvert, who loved being in his own room, which was open to all.

Probably the only cricketer, who never went to anyone's room but would welcome juniors in.

You could enter Mahi's room, pick up the phone, order room service, play video games, talk cricket, and if you had an issues with regards cricket, you could tell him. But yes, no outside gossip, no backbiting. He never let discussions drift that side.

That's why he always wanted issues in the dressing room sorted there only. Nothing was meant for consumption of outside world.

His biggest skill was his incredibly strong mind that made him what he is today.

If you ask me, I have seen Rishabh Pant at Sonnet since he was 14-year-old chubby kid, trust me Pant at 22 has more natural talent than what Dhoni had as a 23-year-old in 2004, when he first played for India.

But whether Pant can be as strong-willed as Dhoni will tell you if he can replicate that success.

I have heard the rubbish about Dhoni being incommunicado when not playing.

He had utmost respect for all senior players, gave them their space and I can vouch that he handled the transition phase pretty well because of his mind-reading abilities.

He gave respect and hence got respect.

It never happened that he didn't give a clear picture to a player about what's on his mind.

Why is he better than the best? Because no one could control emotions better than Dhoni. What do you think, he never felt hurt, insulted or angry? But he knew how to conceal it. It's his second nature.

He was a good reader of other people's mind and that's what made him one of the best man-managers the game has ever seen.

He handled my comeback and the phase between 2009 and 2011 really. He made me bowl the maximum overs in Powerplays and would use me in three or at times four spells.

In a match where you are defending 325, he would tell "don't worry if you go for 70 runs as long as you get wickets. I am with you."

He ensured that selectors in that era didn't resort to a lot of chopping and changing. Once you leave the game, and sit on the selectors' chair, you tend to find it easier to indulge in that.

He had a crystal clear idea about his go-to bowlers in slog overs, the shaky ones who could be clobbered at the death. That's called mind reading and you can't beat MS Dhoni on that.

If he knew that a player had limited abilities, he would use him accordingly without being frustrated or abusing him and that's leadership.

He knew his bowlers in T20 cricket. During my last phase in international cricket, he would make me bowl three overs in Powerplay and the other three would be by three different bowlers.

Even if I went for 18 in first two, he would tell me "don't worry, you bowl the third and if it's a 12 also, it's okay if a breakthrough comes along."

Use of optimum resources was his strength and making top international players like Suresh Raina, Ravindra Jadeja has been one of his biggest contributions. 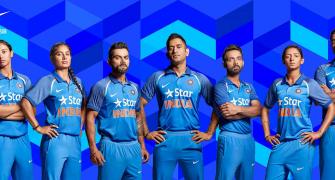 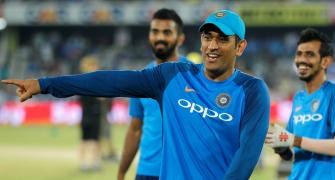 Did criticism in media led to Dhoni's retirement? 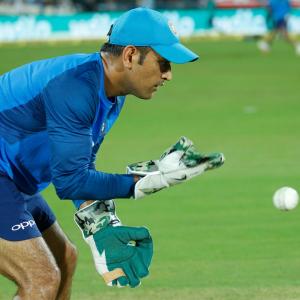 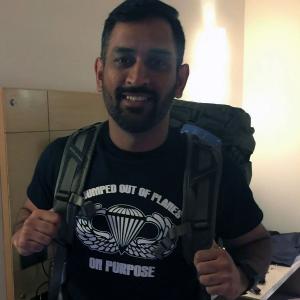