News
Business
Movies
Sports
Cricket
Get Ahead
Money Tips
Shopping
Sign in  |  Create a Rediffmail account
Rediff.com  » Cricket » 'Lord's just seems to bring the best out of me'

'There's something that is extra bit special about Lord's; certainly for me!' 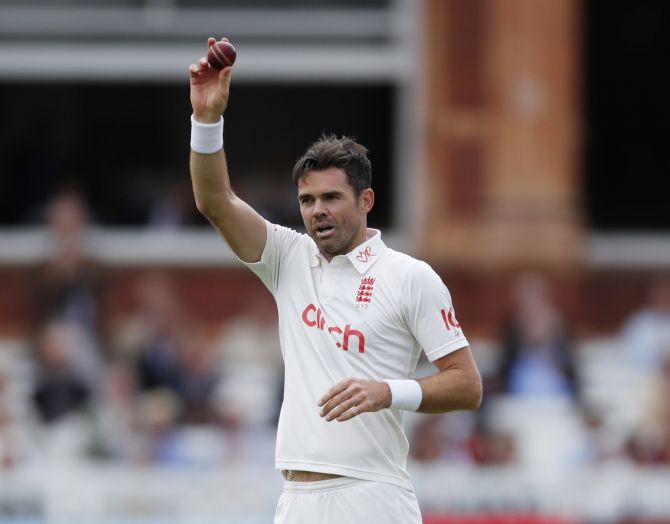 IMAGE: England pacer James Anderson celebrates after dismissing India's Jasprit Bumrah and bagging his seventh five-wicket haul in the longest format of the game at Lord's on Friday, Day 2 of the second Test. Photograph: Paul Childs/Reuters

Lord's does seem to get the best out of me, declared veteran England seamer James Anderson on Friday, after grabbing his seventh five-wicket haul at the iconic venue.

With his fourth five-for against India at the Lord's, the 39-year-old Anderson became the oldest pacer to achieve the feat in Tests since 1951.

"There's something that is extra bit special about Lord's; certainly for me! It just seems to bring the best out of me. The last few times I've come here, you kind of think, well, this was my last time playing here so you want it to be a good performance," Anderson said.

The veteran seamer was all praise for England skipper Joe Root's performance with the bat and his handling of the team over the last years few years.

Root once again showed his class with an unbeaten knock and did not let India dictate terms on Day 2 of the second Test, after Anderson picked up his 31st five-wicket haul in the longest format of the game.

"Absolutely, he's been amazing. Throughout his career, and in this last 12 months in particular, with everything that we've been through with the pandemic and pressure on this team, to be able to captain the side, and perform the way he has is nothing more than superhuman," Anderson said.

"I couldn't speak highly enough of him, and every time he goes out, he just shows the class and today was exactly that."

Root, who was the lone ranger for England in the rain-marred opening Test with scores of 64 and 109, again looked solid and remained unbeaten on 48 to help the home team reach 119 for 3 at stumps on Day 2.

In reply to India's first innings of 364 all out, England lost opener Dom Sibley and comeback man Haseeb Hameed off successive deliveries and were 23 for 2 inside 15 overs before Root and Rory Burns (49) rebuilt their innings with an 85-run stand.

"He looked class from ball one, got through the hat-trick ball which can sort of put you under pressure but he played it quite comfortably," Anderson said.

"Maybe everyone else in the dressing room, when you see a captain go out and play that that first ball and hat-trick ball, it does seem to have a really calming effect on the dressing room. So, I'm sure he's much more confident."

England trail by 245 runs, with Root and Jonny Bairstow at the crease.

"We are in a decent position. I know we still have a lot of hard work to do, but pretty pleased with the way we are." 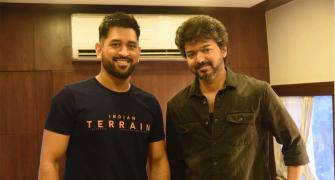 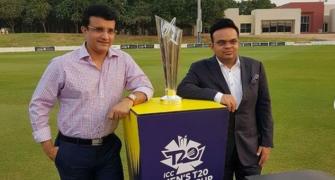 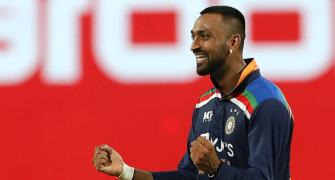 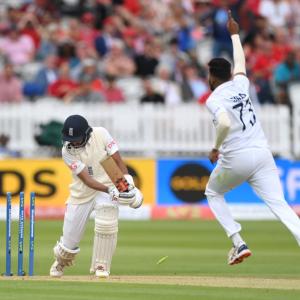