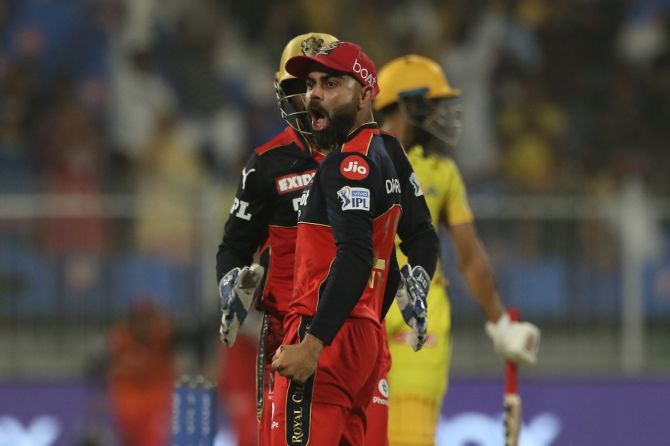 Captain Virat Kohli says his Royal Challengers need to show more courage in crunch moments to get back on a winning run.

His comments came after the six-wicket defeat to Chennai Super Kings in the Indian Premier League match, in Sharjah, on Friday.

Chennai Super Kings’ middle-order delivered big time after Ruturaj Gaikwad and Faf du Plessis provided them a fantastic start with the bat and yellow brigade chased down the target of 156 in just 18.1 overs.

“The wicket did slow down a bit, but I feel we left out 15-20 runs out there. 175 would've been a winning total. Didn't bowl consistently. Didn't show that much courage I guess with the ball," said Kohli during the post-match presentation.

"They bowled well in the back end of the innings, executed the slower balls and yorkers nicely. We spoke of areas we didn't want them to hit and we didn't do that. That little bit of X-factor was missing in the first 5-6 overs," the 32-year-old added.

He urged his players to show more courage.

"Got to get on that winning run again. This one is a bit more disappointing. The first one we just weren't in the game. Have to show more courage in crunch moments. This tournament goes by quickly."

Following Friday’s victory, CSK returned to the top of the eight-team table and are placed ahead of Delhi Capitals on Net Run Rate (NRR).

For Royal Challengers Bangalore, things are getting a tad trickier. They need to get back to winnings ways soon, as the rest of the pack are catching up on them. 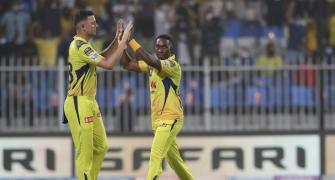 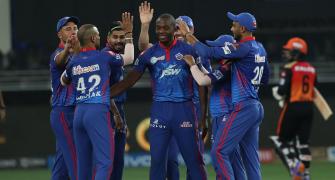 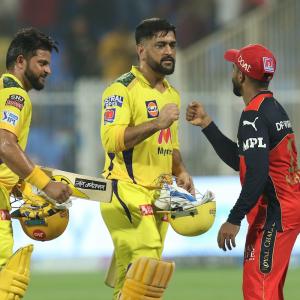 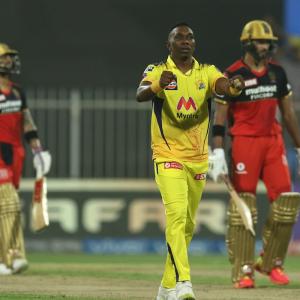