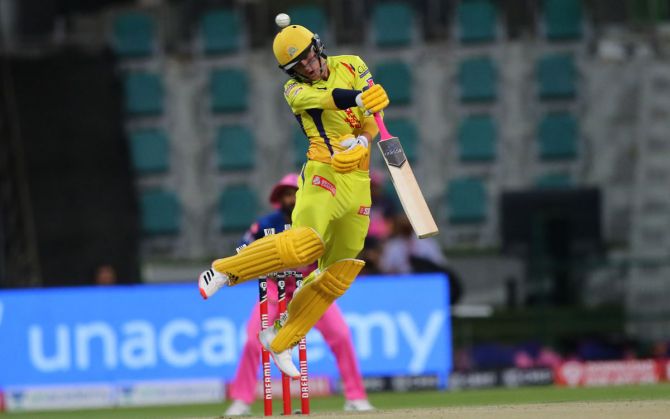 Having elected to bat first, Chennai Super Kings were hoping for a quick start with Faf du Plessis and Sam Curran.

But Curran failed to get started against the Rajasthan Royals pace bowlers.

He managed just three runs from nine balls, which put pressure on du Plessis, who tried to force the pace but ended up losing his wicket, caught by Jos Buttler in the covers off Jofra Archer for 10, in the third over.

Shane Watson also did not last long, caught at mid-wicket off Kartik Tyagi in the next over after scoring just eight.

Curran looked to revive CSK as he lofted England team-mate Ben Stokes for a six straight down the ground and Ambati Rayudu hit the pacer for two fours, in the fifth over.

But Curran came undone against the Royals's leg-spin duo of Shreyas Gopal and Rahul Tewatia before he was dismissed by the former after a struggling knock of 22 from 25 balls.

Rayudu fell in the following over to Tewatia, his top-edged sweep caught by wicket-keeper Sanju Samson on the leg side after scoring 13 from 19 balls.

The Curran-Rayudu partnership for the third wicket put the brakes on the CSK innings in the middle overs, as they could add just 27 runs from 26 balls before both fell in quick succession.

CSK were left reeling at 56/4 in the 10th over and they could never really get their innings back on track, as the lower order, including Mahendra Singh Dhoni, also finding it hard to get the boundaries in the second half and they finished on a below-par 125/5 in their 20 overs. 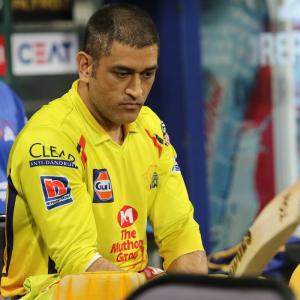 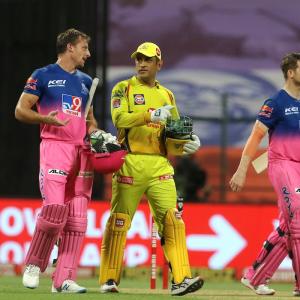