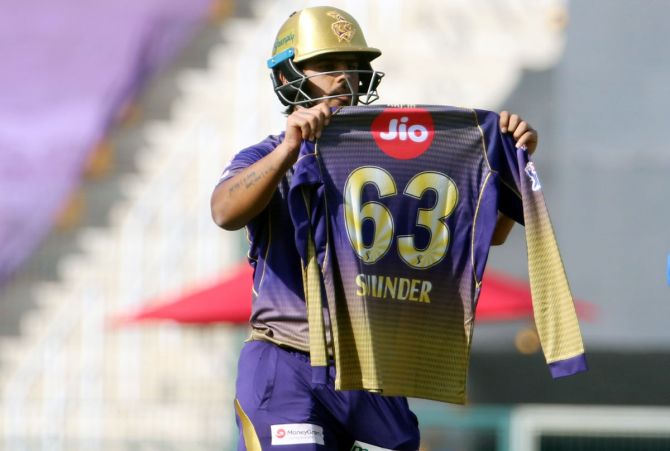 IMAGE: KKR's Nitish Rana dedicates his half-century to his father-in-law Surinder Marwah who passed away on Friday. Photographs: BCCI/IPL

Kolkata Knight Riders batsman Nitish Rana dedicated his half-century against Delhi Capitals to his father-in-law Surinder Marwah who passed away on Friday.

Rana, who opened the innings, hit a brilliant 81 from 53 balls, as he along with Sunil Narine changed the course of the KKR innings after a few early wickets in the IPL game against the Delhi Capitals, in Abu Dhabi on Saturday. 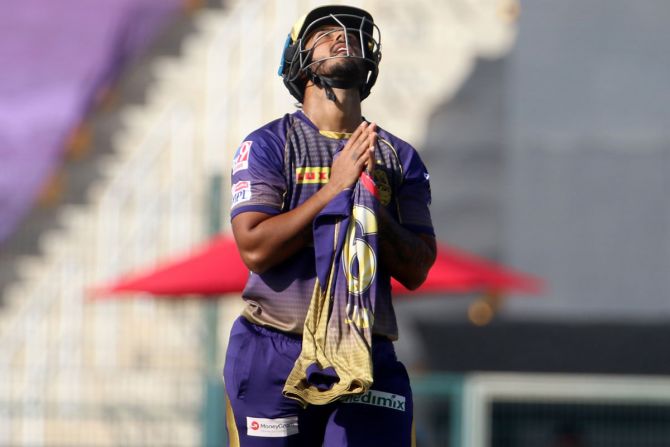 Rana marked his second fifty of the season by showing a KKR jersey with his father-in-law's name 'Surinder', who passed away after a battle with cancer. The jersey was handed to him by a member of the KKR squad during the break in between overs. 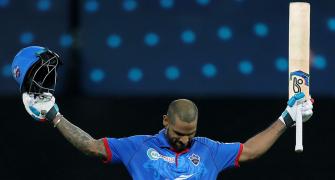 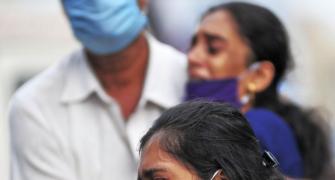 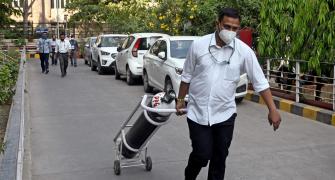 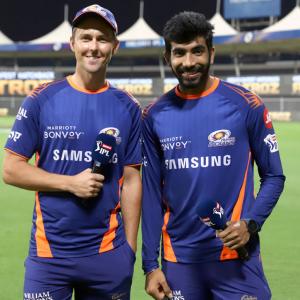