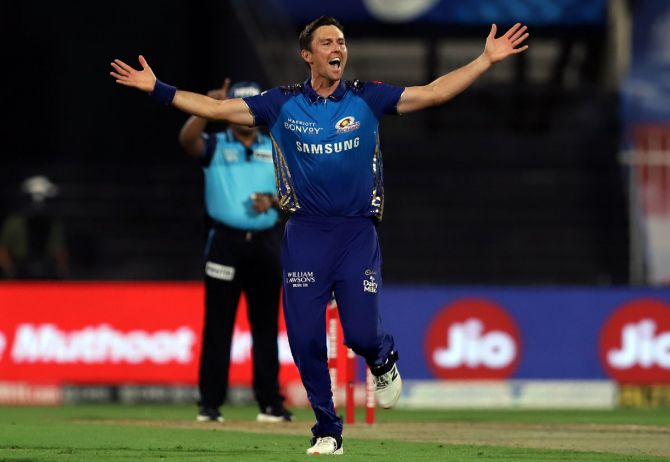 Trent Boult and Jasprit Burmah produced a devastating pace bowling spell in tandem to send Chennai Super Kings crashing and set up a 10-wicket victory for Mumbai Indians in the Indian Premier League match, in Sharjah, on Friday.

Put in to bat, Chennai Super Kings were five wickets down inside the powerplay overs, Boult and Bumrah taking three and two wickets respectively.

The Mahendra Singh Dhoni-led side never recover from those jolts and were restricted to 114 for 9. 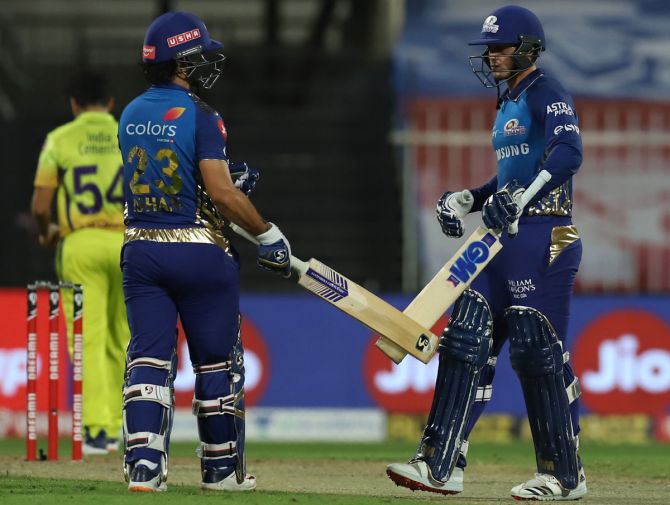 Mumbai Indians openers Ishan Kishan (68 not out) and Quinton de Kock (46 not out) then hit up the required runs easily, posting 116 without loss, in 12.2 overs.

This is the first time Chennai Super Kings suffered a 10-wicket thrashing in the IPL. 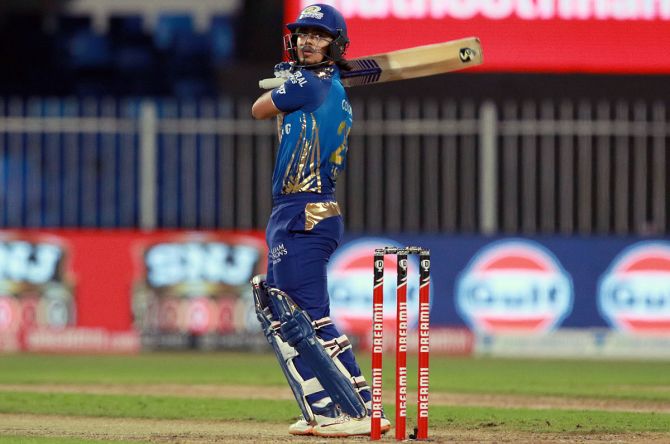 The victory took the defending champions to the top of the table with 14 points from 10 games, the same as Delhi Capitals and Royal Challengers Bangalore, who are placed second and third in that order.

Chennai Super Kings are all but out of the reckoning for the play-offs, with just six points from 11 games.

Chasing 115 for victory, Kishan, opening in place of regular skipper Rohit Sharma, who missed out due to a hamstring injury, and de Kock knocked off the required runs in quick time. 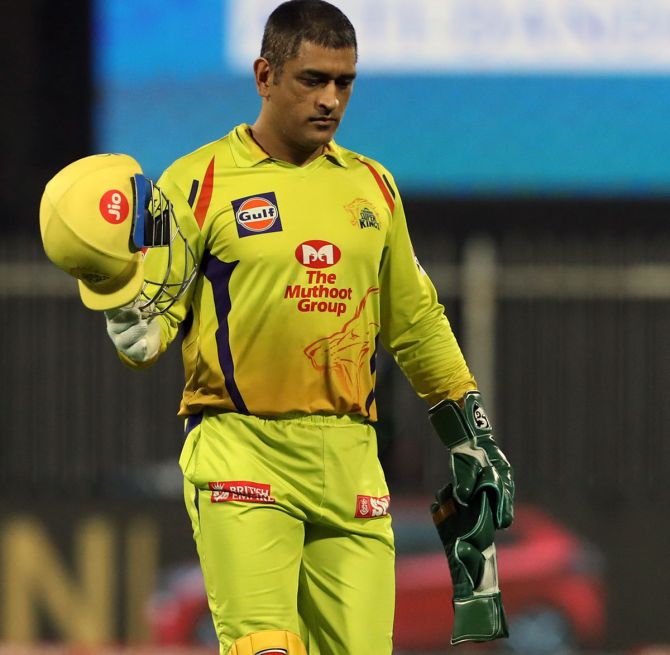 The pair toyed with the Chennai bowlers as they carried their bats through the innings.

The left-handed Kishan, who did not have a substantial score since his 99 against Royal Challengers Bangalore early in the tournament, was at his attacking best as he smashed six fours and five sixes during his 37-ball knock.

Earlier, if the Super Kings could get past the hundred mark it was only because of Sam Curran's enterprising half-century. 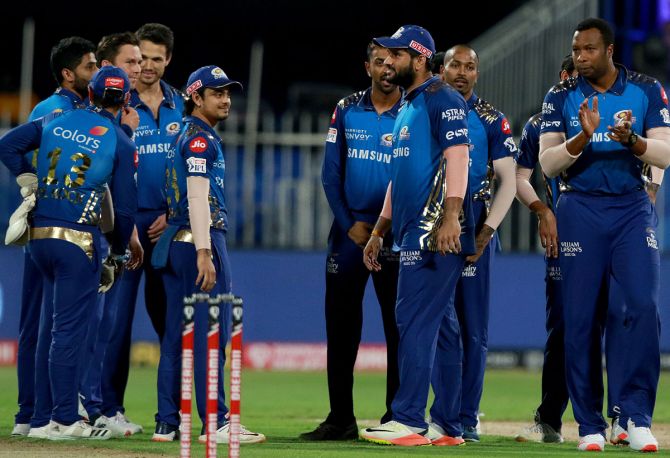 The young Englishman mixed caution with aggression and some creativity to top-score with 52 (47 balls, 4 fours, 2 sixes) in an otherwise pathetic display by the other batsmen.

Boult eventually claimed four wickets for 18 runs, 13 of those coming in the final over.

Bumrah (2-25) and leg-spinner Rahul Chahar (2-22) bagged two wickets each while Nathan Coulter-Nile finished with 1 for 25. 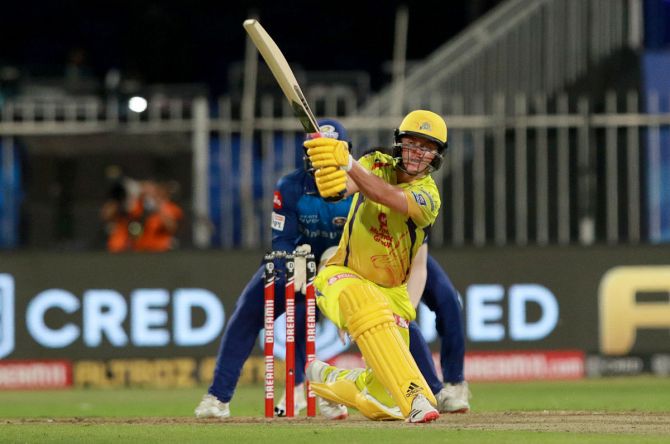 Incidentally, Curran's 43-run partnership for the ninth wicket with Imran Tahir (13 not out) was the highest partnership of the Chennai Super Kings innings which showed the rest of the batsmen in poor light.

The Super Kings had a horror start and were reduced to 3 for 3 after two overs before losing two more wickets before the powerplay ended.

It all started with Ruturaj Gaikwad, back into the side, being trapped LBW in the opening over, bowled by Boult, for a duck.

Ambati Rayudu fell to a short ball from Bumrah, gloving an easy catch to de Kock.

N Jagadeesan followed him to the pavilion off the next delivery, poking at one and was caught by Suryakumar Yadav. Faf du Plessis, the only Chennai batsman to shine this season so far, edged one behind to give de Kock his second catch of the night.

Skipper Dhoni's (16) poor run continued as he fell to leggie Rahul Chahar while going for a big one off a tossed-up delivery after having smacked a six off the previous ball.

Ravindra Jadeja (7) hit a boundary before pulling one straight to Krunal Pandya at mid-wicket to give Boult his third wicket and leave Chennai Super Kings in tatters at 21 for 5.

It was left to Sam Curran to get some runs on the board and he did it with aplomb. 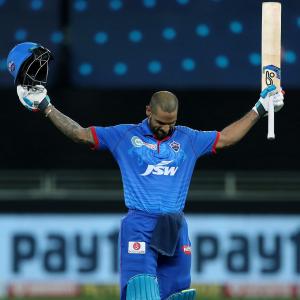