Wanted to play in IPL, glad I could make an impact, says Holder 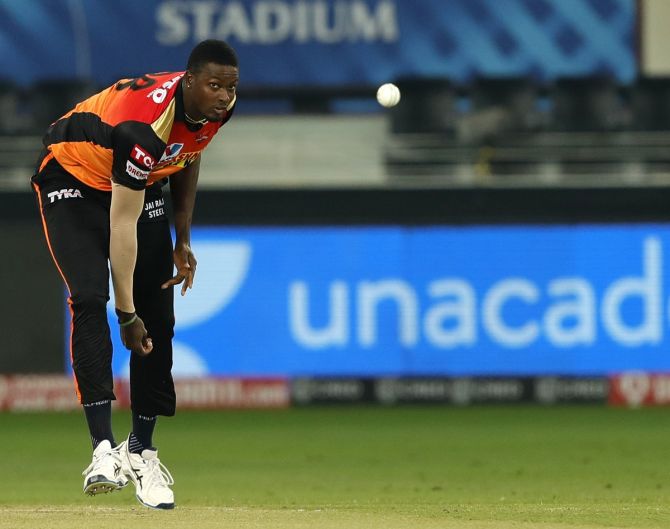 After playing his first game of this season's Indian Premier League (IPL), Sunrisers Hyderabad's (SRH) Jason Holder said he was looking forward to the opportunity of playing in the tournament and is glad he could deliver a good performance against Rajasthan Royals.

SRH defeated Rajasthan Royals by eight wickets in the IPL, in Dubai, on Thursday. Holder took three wickets during the match while conceding 33 runs from his four overs.

"It is pleasing. It has been a while since I last played in the IPL. I really wanted to get back in IPL cricket for a long time and it is really good to get the opportunity. Glad I could make an impact in the game," Holder told teammate Vijay Shankar in a video posted by iplt20.com.

Rajasthan Royals posted a target of 155 runs for SRH. Manish Pandey and Shankar played unbeaten knocks of 83 and 52 as they took SRH to a comfortable win.

Reflecting on his performance during the match, Shankar said: "It was a much-needed performance for me. I have been batting well in the nets. It's just that I batted 18 balls before this innings. So it was a very, very important innings for me to go out there and play. We lost two early wickets and then they sent me and I had to play those overs."

"...Credit to Manish, he was hitting the ball really beautifully and timing it beautifully. It was a good game from the team as a whole," he added. 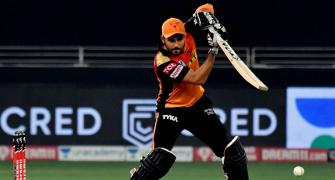 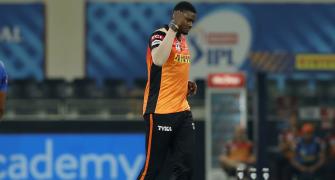 Turning point: Holder proves he belongs at the top 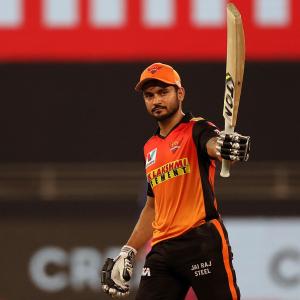 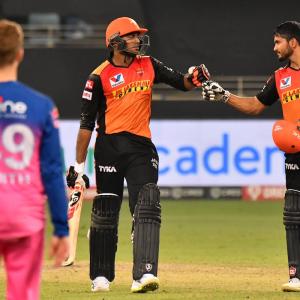