'I know that the CSK squad is deep, they've got a lot of options at the top, but I also believe that as much as the pressure is now on to find that No. 3, it's just probably the most challenging time that I can look for anyway for CSK.' Weeks before the start of the 13th edition of the league, Raina pulled out abruptly citing personal reasons, his decision coming in the wake of the 13 positive cases of COVID-19 in the CSK unit. IPL starts on September 19.

"Personally, I'd put Rayudu in there to take that spot," Styris said on Star Sports show 'Cricket Connected'.

Styris acknowledged that Raina's absence has left a huge void in the CSK middle-order and that it is not going to be easy to find a substitute for the seasoned left-handed batsman who last month retired from international cricket.

"...a player of that class, a player who has been so good for so long. To suddenly finds those runs, even in the field and the odd over as well with the ball, is going to be a big task.

"I know that the CSK squad is deep, they've got a lot of options at the top, but I also believe that as much as the pressure is now on to find that No. 3, it's just probably the most challenging time that I can look for anyway for CSK.

"And in particular, the leadership of this group --  I think with (Mahendra Singh) Dhoni and Stephen Fleming -- it's up to them now to bring the group together, now that they have lost Raina and Harbhajan (Singh)."

Under Dhoni's leadership, CSK will be looking to win their fourth IPL title and draw level with Mumbai Indians.

Moved out of India due to a surge in COVID-19 cases, the IPL will be held in the three cities of Dubai, Abu Dhabi and Sharjah in the UAE from September 19 to November 10.

On CSK, Styris added, "Couple of options they could go with, the two overseas players at the top and bring in the youngster Gaekwad as well or they may decide to have a pitch-hitter."

Speaking about the team's possible bowling combination in the absence of the veteran Harbhajan Singh, who too withdrew due to personal reasons, former India seamer Ajit Agarkar said CSK has a lot of options in the spin department.

"...that kind of experience, quality that you lose, it is going to be a loss, but I think CSK have a lot more cover in that department at least as far as spin is concerned," Agarkar said.

"...And they will be hoping that the conditions are in their favour what they get in Chennai, which is a little bit of turn, then those spinners come into play." 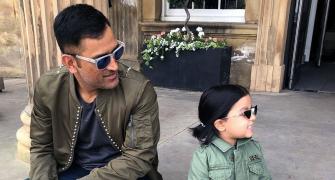 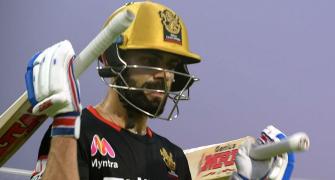 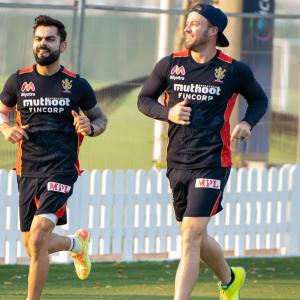