IMAGES from the IPL 2022 game between Royal Challengers Bangalore vs Rajasthan Royals in Pune on Tuesday. 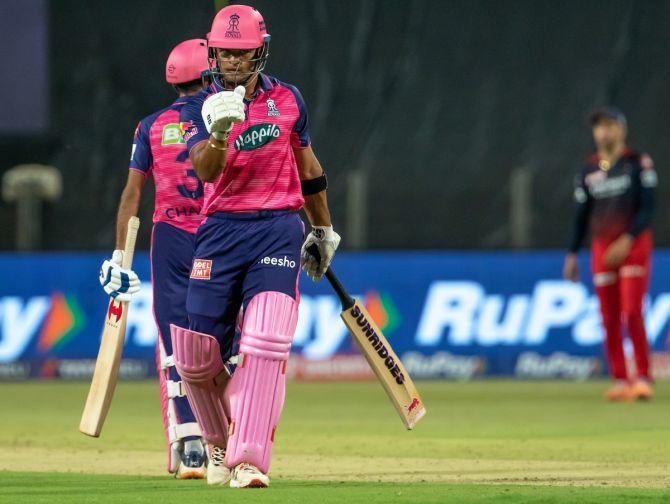 Riyan Parag smashed a match-defining unbeaten half-century before the bowling unit lived up to its reputation to hand Rajasthan Royals a 29-run win over Royal Challengers Bangalore in an Indian Premier League match, in Pune, on Tuesday.

Parag (56 not out off 31 balls) single-handedly took his side to 144 for 8 with his unbeaten half-century, which is his highest score in IPL. He struck three boundaries and four sixes during his knock.

Parag marshalled the RR lower-order brilliantly and smashed Harshal Patel for a boundary and two huge sixes in the final over to take RR to a decent total after being sent in to bat. 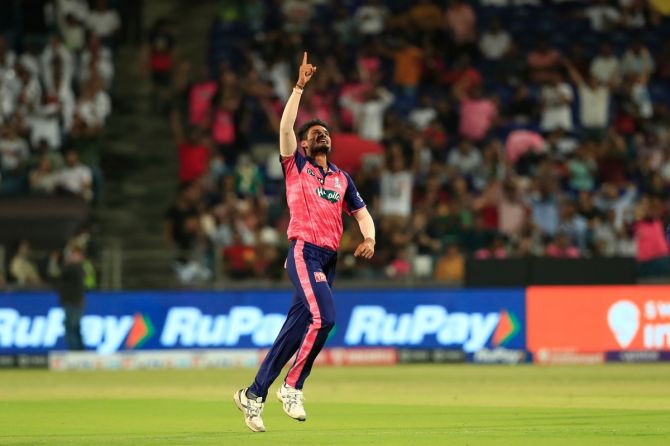 Opening the innings on the back of two consecutive first-ball ducks, Virat Kohli started on a cagey note but lit up the stadium and raised hopes of his fans when he struck two back-to-back boundaries of Trent Boult to start his innings.

But as it has been happening in the tournament, Kohli flopped once again when a Prasidh Krishna bouncer got the better of him in the next over.

RCB's problems compounded in the seventh over when Kuldeep Sen, who replaced Obed McCoy in the playing XI, picked up two big wickets -- of captain Faf du Plessis (23) and Glenn Maxwell (0) -- with successive balls.

But Shahbaz Ahmed somehow kept his wicket intact to deny Sen a hat-trick.

With RCB struggling at 38 for three in the seventh over, it was match on from here on. 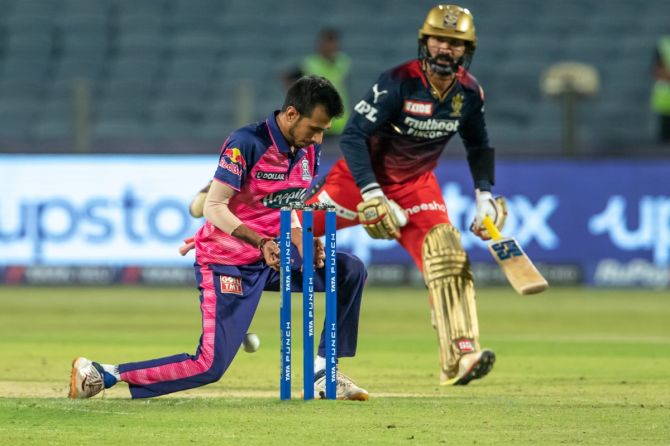 Indian domestic players -- Rajat Patidar (16) and Suyash Prabhudessai -- failed miserably, leaving the difficult task of finishing the innings once again on the shoulders of Dinesh Karthik (6).

But it was not Karthik's day as he was run out cheaply.

Ahmed (17 off 27) too was not in his elements and struggled to hit the ball. 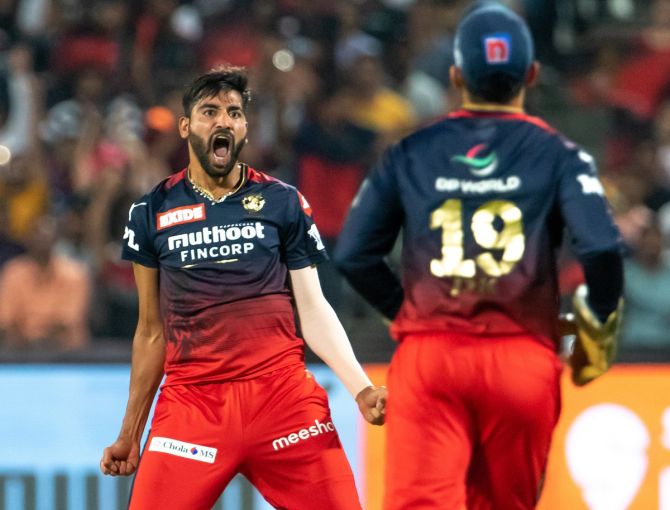 Earlier, RCB's decision to bowl first yielded great results as they picked up wickets at regular intervals, not allowing RR any scope of building a big partnership.

Devdutt Padikkal (7) and Jos Buttler (8) failed to give RR a good start and the decision to promote Ashwin (17) also backfired.

Siraj accounted for both Padikkal and Ashwin in his successive overs, while Hazlewood picked up the all-important wicket of Buttler, caught by Siraj inches above the ground as the batter failed to get over a short delivery, looping his pull to mid-on. 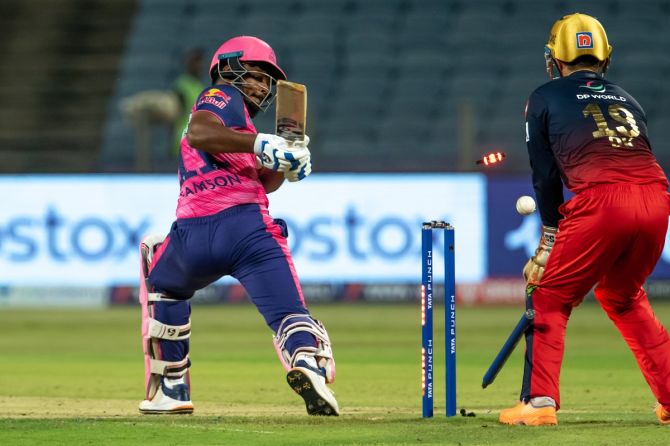 Sanju Samson (27 off 21 balls) and Daryl Mitchell (16) tried to forge a partnership, sharing 35 runs for the fourth wicket before de Silva went through the gates of RR skipper as the batter went for an extravagant reverse sweep.

Mitchell failed to get going and tried to play the role of an anchor, holding one end up and together with Parag added 31 runs.

But the New Zealander's struggle was cut short by Hazlewood as in a desperate effort to break the shackles, he gave a simple catch to Maxwell at long-on.

At 100 for 5 after 15 overs, RR's effort to post a decent target received yet another jolt in the form of Shimron Hetmyer (3), who fell to de Silva caught in the deep while going for a slog sweep.

Boult (5) was the next to depart, courtesy a stunning catch from Kohli at midwicket off Harshal Patel.

RR's struggle can be gauged from the fact that they failed to find the fence for seven consecutive overs from 12 to 18th. Parag finally broke it in the 19th over by lifting Hazzlewood over the extra cover fence.

Riyan Parag was the lone bright spot for RR with an unbeaten 56 off 31 balls.

RCB's decision to bowl first yielded great results as they picked up wickets at regular intervals, not allowing RR any scope of building a big partnership. 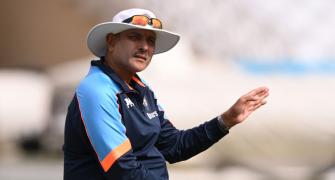 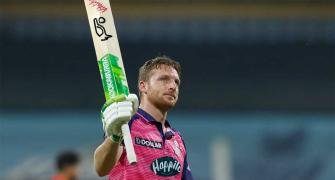 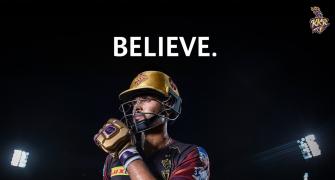 Once we get going, KKR will be unstoppable: Iyer 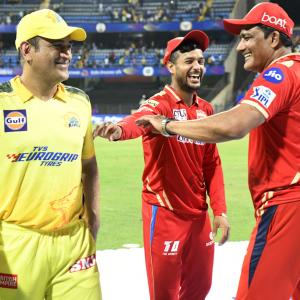 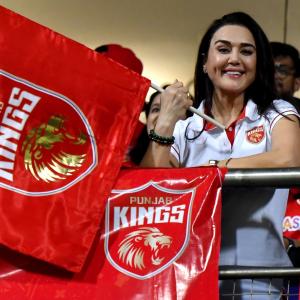