IMAGE: Mahendra Singh Dhoni led India to the 2011 World Cup while Gary Kirsten was coach of the team.

Former India coach Gary Kirsten on Monday doffed his hat to the enigmatic Mahendra Singh Dhoni, calling him "one of the best leaders" he has worked with.

Dhoni led India to the 2011 World Cup trophy while Kirsten was coach of the Indian cricket team.

The 52-year-old Kirsten, who was head coach of the Indian team between 2008 to 2011, thanked Dhoni for all the good memories that he made during his tenure.

"A privilege to work with one of the best leaders I have come across. Thanks MS for many fond memories with the Indian Cricket Team @msdhoni," the former South African batsman wrote on his twitter handle.

Under Kirsten, India had claimed the Asia Cup in 2010 before ending a 28-year long wait to win their second World Cup crown in 2011.

Kirsten had built a strong relationship with Dhoni during his time as coach and on Monday, he revisited a past statement, which described their bond aptly.

"I would go to war with Dhoni by my side." 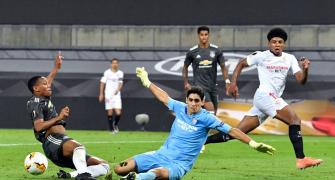