During Chappell's, Ganguly lost the captaincy and also his place in the squad 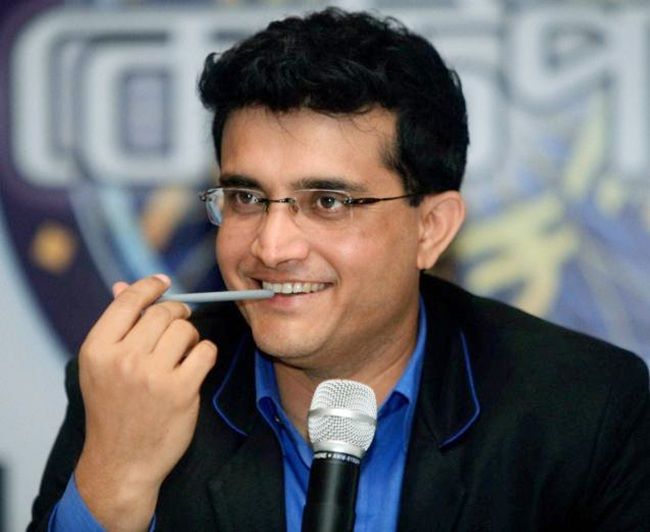 Sourav Ganguly says when he was kept out of the Indian team by coach Greg Chappell and he was desperately fighting his way back, his father was unable to bear his struggle and wanted him to retire.

The former Team India captain makes this revelation in his soon-to-be-published autobiography ‘A Century is Not Enough’.

During Chappell's stint with the Indian team, Ganguly lost the captaincy and also his place in the squad for a while.

Ganguly also says he felt ‘angry’ and ‘disillusioned’ on being left out of the Rest of India squad for the Irani Trophy in 2008, a few months before he announced his retirement, and saw it as a clear indicator of how the selectors thought of him.

He was at his wits end on why he was dropped. He then decided to call up the captain of the team Anil Kumble and try to get to the bottom of the mess.

"I asked him point-blank, did he think I was no longer an automatic choice in his eleven? Kumble - the gentleman that he has always been - seemed embarrassed with my call. He told me he hadn't been consulted before the selection committee chaired by Dilip Vengsarkar took this decision," Ganguly writes in the book, co-authored by Gautam Bhattacharya and published by Juggernaut Books.

The publishing house has posted a free preview of the first chapter of the book on its website.

He asked Kumble another question. Did he still believe that his team wanted his services? "Kumble's reply consoled me. He said if it came to him taking the call, he would pick me again for the upcoming Test match selection. I heaved a great sigh of relief."

Ganguly then played domestic cricket - the little-known J P Atrya Memorial Trophy in Chandigarh - to convey a strong message to the selectors.

The Indian team for the first two Test matches of the Australian series was soon announced. Ganguly found his name in it. Simultaneously a Board President's team was also announced. This was the secondary team that would take on the Australians in Chennai.

"The Board President's XI is traditionally used to vet the potential of promising youngsters or assess veterans whose Test future is uncertain. I was included in it as well. These teams got picked by the new selection committee under Krishnamachari Srikkanth," Ganguly recalls.

"But its mindset seemed to be no different from the previous committee's. The message was crystal clear - that a veteran of 100-plus Test matches, a certain Sourav Ganguly, was again on trial," he says.

"I felt extremely agitated. That is when I told my father that I needed to call it a day. Enough was enough. My father was a bit surprised. In the past when Greg Chappell had kept me out of the team and I was desperately fighting to claw my way back, he had wanted me to retire, unable to bear his son's struggle.”

"Then I had resisted. I had told him, Bapi (father), you wait. I will be back. I still have cricket left in me. When I grow older I don't want to sit on my sofa and tell myself, Sourav, you gave up when the going was tough. You should have tried harder. I wanted to catch the bull by its horns and win," Ganguly writes.

"So three years later when he heard the same person was throwing in the towel, he was surprised," he goes on to add.

Ganguly says he had a chat with Kumble who told him not to decide anything in a hurry.

"I assured him I would. But deep down I knew my time was up. I made up my mind that I would give everything I had to be successful in this series," he says.

"Cricketing history has recorded that I had an outstanding final series. Got a hundred in Mohali and narrowly missed the second in Nagpur," Ganguly tells about his performance.

Sharing another anecdote, he says, "In Mohali a journalist came and asked, 'Did the hundred give you special pleasure because Greg Chappell was watching it from the Australian camp?' I said, at this stage of my cricketing career it didn't matter at all. I had got past all that. For me he didn't exist any more."

He also recalls how in his final match, skipper Mahendra Singh Dhoni in a surprise gesture asked him to lead.

"I had rejected his offer earlier in the day, but could not refuse a second time. Ironically, my captaincy career had begun exactly eight years ago on this very day. I handled the bowling changes and field placements while the last Australian wicket batted.

"But I must admit, at that stage, I found it difficult to focus. So after three overs I handed it back to Dhoni saying, it is your job, MS. We both smiled," he writes. 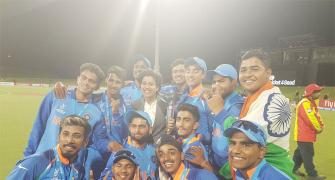 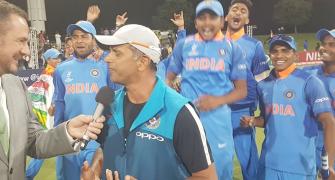 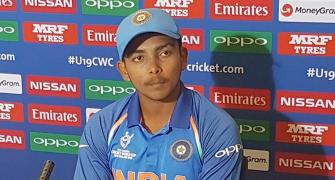 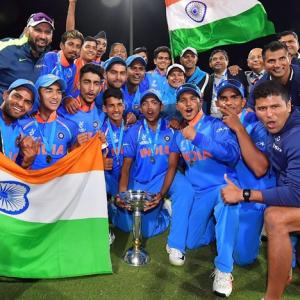 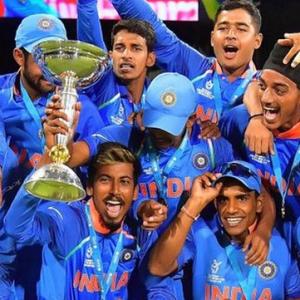