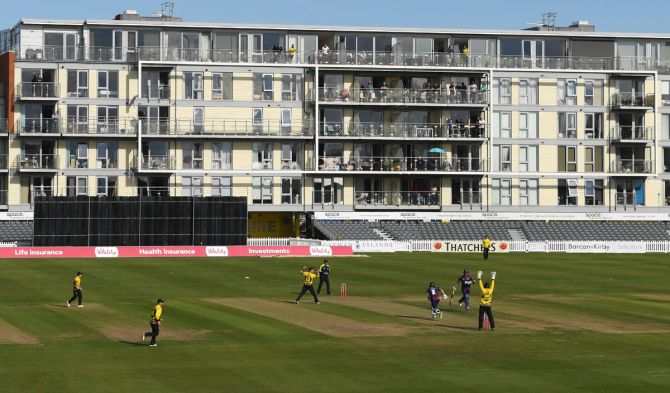 IMAGE: The England and Wales Cricket Board is set to introduce an anonymous phone line to report racism, issue guidance on how people can be held to account for breaches and a forum for sharing experiences of racism. Photograph: Stu Forster/Getty Images

England cricketers -- both men and women -- will undergo anti-racism training courses this year after a survey revealed that more than one-third of black, Asian and minority ethnic (BAME) players have faced the prejudice in the game.

According to a report in The Telegraph the courses will cover dressing room culture, raise awareness of how behaviour can be interpreted by different cultures and encourage people to challenge anything they deem to be unacceptable after 'banter' was identified as a mask for racism.

In the survey, done by the Professional Cricketers' Association, 45 per cent of more than 600 respondents claimed that racism had come from a fellow player, 10 per cent said it was from a coach, and around 30 per cent had experienced it on social media or from fans.

About 62 per cent of the surveyed players agreed with the suggestion, while 70 per cent believed specific education on racism and diversity would help improve the situation.

"Only 173 of professional players replied to the survey which the PCA believes shows the level of work they still have to undertake to ensure cricketers realise the importance of anti-racism education," the report added.

Of the respondents, 24 were identified as black, Asian or from ethnic minority backgrounds (which is around 90 per cent of the number of BAME players in the game).

In total, 12 from BAME backgrounds had experienced some form of racism. Of those who identified as white, 11 had direct experience.

"It would have been far better if the vast majority of players had responded. Why they didn't is very difficult to speculate," said Charlie Mulraine, the PCA's lead personal development manager.

"Sometimes there is nervousness talking about these issues and some are uncomfortable to express how they feel."

The England and Wales Cricket Board (ECB) will introduce an anonymous phone line to report racism, issue guidance on how people can be held to account for breaches and a forum for sharing experiences of racism, the report added.

"We needed to start somewhere. This gives us a clear direction of travel and it is an ambition to increase engagement with our members on this issue," said Rob Lynch, the PCA's chief executive.

"The option to do nothing was not there so the fact it has led us in this direction is a positive for the game." IMAGE: A regular member of the ICC Elite Panel of Umpires since 2012, Bruce Oxenford officiated in 62 Test matches, the last of which was the fourth and final Test of the Australia-India series in Brisbane. Photograph: Hannah Peters/Getty Images

Australian umpire Bruce Oxenford on Thursday announced his retirement from international cricket after officiating in all three formats of the game for over 15 years.

A regular member of the ICC Elite Panel of Umpires since 2012, Oxenford officiated in 62 Test matches, the last of which was the fourth and final Test of the Australia-India series in Brisbane.

"I look back with pride at my international career as an umpire. It is still hard to believe that I officiated in close to 200 international matches. Such a long career was not really something that I had hoped for before commencing on this journey,"  said Oxenford in an ICC statement.

The 60-year-old, who officially stands down in April, made his international debut at the Gabba in a T20 International between Australia and South Africa in January 2006.

Before becoming an umpire, Oxenford represented Queensland in eight first-class matches as a leg-spin bowler and lower-order batsman.

The Queenslander will continue to oversee domestic fixtures despite his retirement from international game.

"I would like to thank the International Cricket Council, Cricket Australia and all my colleagues in the ICC Elite and International panels for their support and encouragement over the years," he said.

"I had a wonderful time as a match official and will miss the camaraderie that comes with being a part of such a professional group. I shall particularly miss seeing and interacting with the magnificent people who are part of the support structure of our game around the world."

Oxenford said he is looking forward to umpiring in domestic cricket in his country.

"Most importantly, I want to thank my wife Jo, son James and daughter Kristen for all their love and support over the years. It would not have been possible for me to have such a long career without their sacrifices and for this I am eternally grateful.

"Whilst I will no longer stand in International matches, I look forward to continuing to serve the game that I love - officiating within Australia," he added. 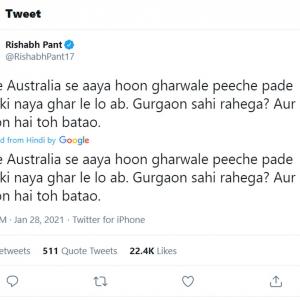 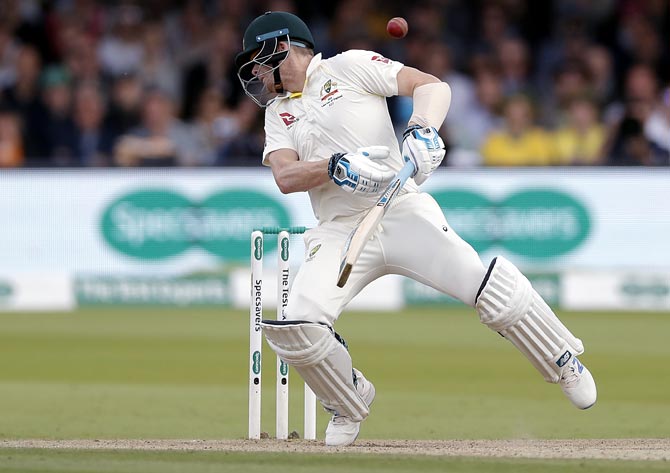 Vaughan against banning bouncers for U-18 players