'With Virat Kohli, if you bowl two bad balls, it might look like he will get angry, but that's just his energy. Ajinkya brings the calmness, of course, even if he buys-in the plan, he makes sure he executes it to the T.' 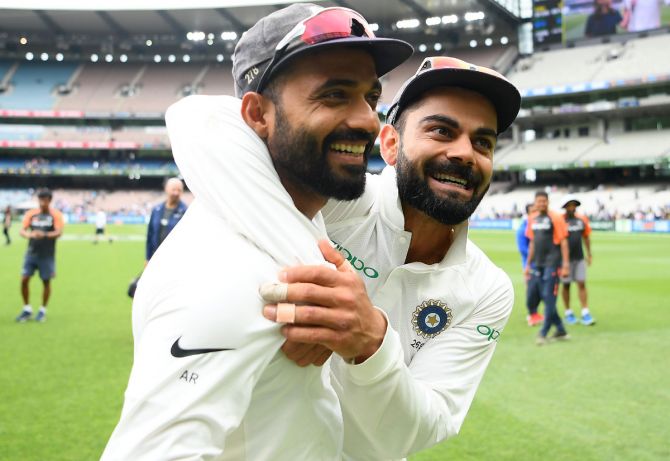 Made of 'steely nerves', Ajinkya Rahane has such calmness that bowlers don't feel scared when they fail to execute a plan under him while regular skipper Virat Kohli's energy is sometimes mistaken for anger, India's bowling coach Bharat Arun said on Wednesday, describing the two contrasting leaders of the side.

Rahane led India to historic 2-1 series-win in Australia after Kohli went on a paternity leave after the end of the first Test in Adelaide.

"When it comes to Ajinkya, he is a calm person. Rahane might look calm from the outside but there is a steely nerve in him," Arun told India off-spinner Ravi Ashwin on his YouTube Channel.

"He backs players and looks calm and even if a bowler goes wrong, he might not be scared of the captain. He knows that he will be backed," he added.

Rahane's calm demeanour helped the team move on from the Adelaide disaster when the side was bowled out for 36 in the second innings.

"With Virat Kohli, if you bowl two bad balls, it might look like he will get angry, but that's just his energy. Ajinkya brings the calmness, of course, even if he buys-in the plan, he makes sure he executes it to the T," Arun said.

Asked if the biggest learning from the Australia tour is that there are many ways of skinning the cat, Arun said, "You hit the nail on the head."

"But to define that process and make that player agree on the same is the coach's top priority. But full credit is to the player because, he is the one who goes there and delivers them under pressure and given the experience of our bowling attack, the pressure is immense.

The 58-year-old revealed that head coach Ravi Shastri hates to see Indian bowlers concede boundaries. This was in reference to Shastri's plan to dry up runs for the Australian on the off-side.

"He will follow the match from the dressing room. But he absolutely hates it when a bowler concedes a boundary. He doesn't want bowlers to concede a run.

The coach said he shares such a relationship with Shastri that they debate and fight on different viewpoints but in a detached way.

"His style is usually, 'No half measures, there'. He conveys us whatever he thinks. I will listen to him patiently. Some of them will be brilliant, some of them will be debatable. Most of them think that myself and Ravi Shastri are close friends and that we get along really well.

"His dialogue delivery is more like our superstar Rajnikanth's. When he starts talking in our huddle, the energy level is insane. So whatever is discussed, he conveys it to the boys with his added enthusiasm and confidence. That is important for the players. 'Whatever we do they are only seeing our effort and not the outcome." 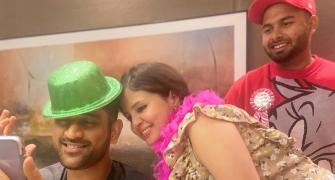 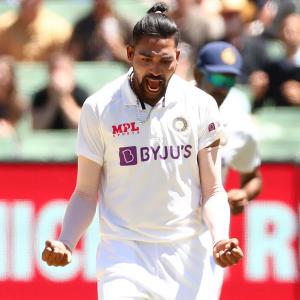