'The 2014 Australia tour and the brand of cricket played by the team laid a great foundation of the brilliant run of success enjoyed across all formats and conditions.'
'It also coincided with Virat Kohli enjoying the responsibilities of leading the team and then putting his heart and soul into taking the Indian team to ascend many unconquered summits.' 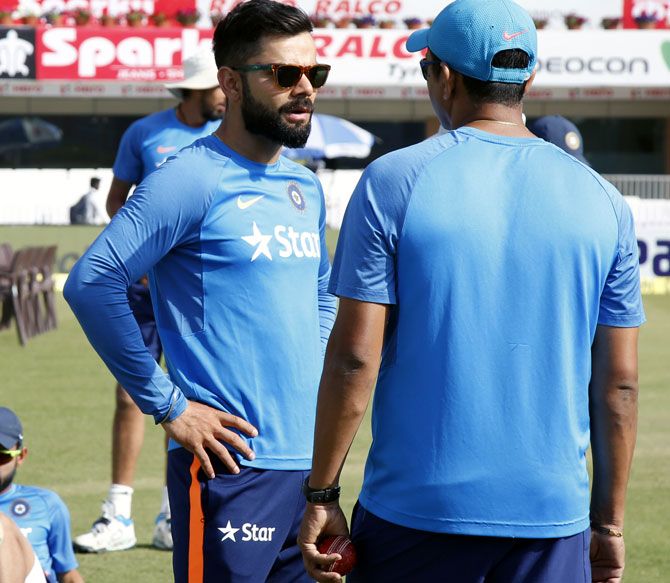 Sanjay Bangar was popularly known as 'Buddha' during his playing days because of his composure even in the most demanding situations.

The all-rounder was instrumental in the Railways's rise in domestic cricket as he led them to their maiden Ranji Trophy title in 2001-2002. The success immediately paved the way for his selection into the Indian team.

Bangar's all-round abilities made him a vital player in overseas conditions. His medium pace bowling gave India the option of playing two spinners even away from home.

"Sourav (Ganguly, then India's captain) always showed faith in my abilities throughout my time with the Indian team," recalls Bangar.

After his playing days, he took up coaching and delivered instant results. Entrusted with the high pressure job of coaching the Kings XI Punjab in IPL 2014, he steered the franchise to its best-ever result as they finished runners-up to the Kolkata Knight Riders.

He then took a huge step in his young coaching career when he was named India's batting coach during the tour of England in 2014, which marked the beginning of an impactful five-year tenure with the national squad.

Players like Virat Kohli and Ajinkya Rahane have credited Bangar for their development as batsmen.

The improvement of Indian batsmen overseas is testimony to the impact Bangar made. It is no surprise that during his tenure the team felt confident to play five bowlers away from home, which was instrumental in getting a lot of Test wins abroad.

Bangar was later promoted as assistant coach in 2017, under Ravi Shastri, as India continued to improve and win Test matches in South Africa, England and register a historic first-ever Test series win in Australia in 2018-2019.

"It was all about preparation, discussions, giving options to the players, keeping them in a good mental space, but ultimately it is because of the sheer will and determination of the players I had the privilege to work with," Sanjay Bangar tells Rediff.com's Harish Kotian. The first part of an exclusive interview:

Your stint with the Indian team began in 2014 when you were appointed batting coach for the one-day series in England after India had been whitewashed in the Tests. Were you surprised by that sudden appointment during the middle of a series?

At that point in time, I had successful stints with Kings XI Punjab and India 'A'. Bharat Arun and R Sridhar also had a successful campaign with India Under-19 and were involved with the NCA (National Cricket Academy).

So slowly the perception that Indian coaches could do a job of handling the Indian team was getting formed.

So when the BCCI chose us under the leadership of Ravi Shastri, we set out quietly confident. At the same time we were aware of our responsibilities of the outcome on the future of Indian coaches.

Hopefully, the perception about Indian coaches has changed for the better since 2014.

You worked under Duncan Fletcher, Anil Kumble and Ravi Shastri. How much did you learn from them?

Duncan was very particular about some technical aspects of batsmenship.

Anil was very methodical in terms of tactics and planning.

Ravi Shastri is big on playing with an aggressive and courageous mindset.

So, yes from that perspective, you could always observe various strengths of a leader and learn from them.

When Ravi Shastri and the new coaching group took over, India were ranked No 7, but since then India has had a consistent run, winning 30 out of 52 Tests and 82 out of 122 ODIs. How does it feel to play a role in taking India to the top of world cricket?

We all believe that the 2014 Australia tour and the brand of cricket played by the team laid a great foundation of the brilliant run of success enjoyed across all formats and conditions.

On that tour India became one of the rare overseas team to score over 400 runs in the first innings of every Test match.

It also coincided with Virat Kohli enjoying the responsibilities of leading the team and then putting his heart and soul into taking the Indian team to ascend many unconquered summits. Virat Kohli, Rohit Sharma and Ajinkya Rahane have credited your role in their growth as their batsmen. As the batting coach, what was key when you worked with these top batsmen in practice sessions?

We were able to forge mutual trust and understanding broadly based around knowing the individual, tapping their phenomenal desire to excel as also to help them mentally during their rough periods.

We used to spend long periods of time in making minor adjustments based on opposing bowlers's strengths and the conditions we were likely to encounter.

Under your tenure, Indian batting improved, especially overseas, to compliment the fantastic bowling attack that had been developed, with the team winning games abroad consistently.

What we worked towards is treating each and every individual just the same. So equal attention and time was spent on getting the all-rounders and wicket-keepers to prepare for them to contribute enough with the bat to compliment our bowling.

Team India's batting in Test cricket during Bangar's tenure from 2014 to 2019:

Team India's batting in ODIs during Sanjay Bangar's tenure from 2014 to 2019:

Team India's batting in T20 Internationals during Sanjay Bangar's tenure from 2014 to 2019:

It was all about preparation, discussions, giving options to the players, keeping them in a good mental space, but ultimately it is because of the sheer will and determination of the players I had the privilege to work with.

The improvement in batting meant that India could feel confident to play five bowlers which we did from 2015 onwards in overseas Test matches. Was that a big achievement for you as the coach?

It was the direction in which Virat and Ravi wanted the team to embark on and the primary goal was to give best chance for the team to pick up 20 wickets.

It also meant the batsmen had to take extra responsibility and convert their 100s into big 100s.

Virat scored nearly five double hundreds in a season and so did other batsmen including Pujara, Shikhar Dhawan, Murali Vijay who did the job.

The progress of Ravindra Jadeja, Ravichandra Ashwin and wicket-keeper Wriddhiman Saha was helping the team's cause.

India won Test matches in South Africa, England and Australia in 2018. That was one of the targets for the Indian team under Kohli to win consistently overseas.

As the batting coach, how would you prepare batsmen for overseas conditions?

We would simulate as per the nature of the tracks whether it was expected to bounce, seam or spin in our practice routines.

We practiced out of our comfort zones and made life as tough for the batsmen as possible so that they would be equipped to handle whatever is thrown at them in the middle.

India registered a historic series victory in Australia when the batsmen again came to the fore in helping setting up totals for the bowlers. Was that the best moment of your coaching career to register a Test series win in Australia?

Without a doubt, it took a long time coming.

A lot of great Indian cricketers and teams came close to winning a series on Australian soil. The crucial thing was the head start we got with the Adelaide Test win.

Historically, most of India's famous overseas wins outside the subcontinent have come when India has batted first.

The team was not shy to bat first on wickets which had close to 14 mm grass.

We followed the same pattern in Melbourne and followed it up in Sydney. The scoreline could have been 3-1 had the Sydney Test would not have been washed out.

One disappointing team performance during your tenure was the England tour in 2018. Much was expected of the Indian team, but we ended up losing the five Test series 1-4. Was the first Test the turning point when India failed to chase 193 in Birmingham? Could the result of the series have been different if we had won that Test?

A fair scoreline would have been 3-2 either side in the England series as the matches were so closely contested.

But yes, the team could not won the decisive moments.

As compared to our lower order batting, the lower order contributions from Sam Curran made a lot of difference.

The realisation was also as to how the spin bowling all-rounders provided batting depth in Indian conditions, but when only one of them played, batting depth is required in overseas conditions at for the first couple of Test matches. The altered combination delivered brilliantly in Australia. 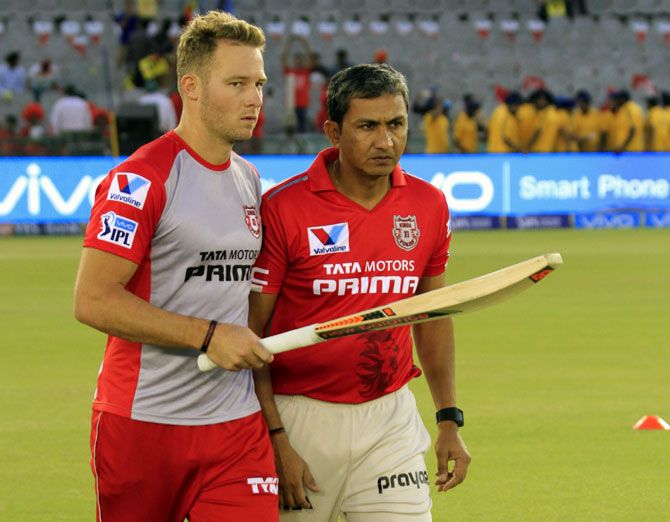 Looking back to where it all started for you as the coach. You didn't have a good experiences as a player in IPL in the first couple of seasons, but you delivered instantly when you took over as the coach. In 2014, you were the only Indian coach in the IPL and immediately took Kings XI Punjab to the final, the only time it made it to the summit clash. What made you click instantly as the coach?

In 2004-2005 when I was out of international circuit and already 32 years old, I asked Mr Vinod Sharma (coach) and Mr Kamlesh Gupta (selector) as to whether my services are required for the team.

Did coaching come naturally to you or was it something that you had planned for years?

While playing first class cricket, I was simultaneously getting educated under the NCA education wing so well set up by Mr Kinjal Suratwala. Add to that, the experience I gained while doing the mentoring role in Railways indicated that I could work with players beyond my playing days.

Why are Indian coaches so rare in the IPL even though some good young coaches are coming up?

Just as there is a mandatory cap on number of overseas players in an IPL team, I believe that there should also be some sort of system as to how a minimum number of Indian coaches/physios/trainers should also be part of the support staff.

It will only help to create better feeder lines for the Indian set-up through an IPL platform.

We have never seen Indian coaches taking up the role of head coach for an international team outside India. Sandeep Patil had a good run with Kenya in the 2003 World Cup but other than that no one else has got the chance to take up coaching with other teams. Why do you think that is the case?

I believe it is up to each and every individual whether he has the desire to take up overseas assignments.

It requires a lot of effort to blend in other cultures and sacrifices on family front have to be done.

I am sure lot of our coaches are good enough to take up overseas assignments, if one is motivated and committed to do so.

Would you be open to coaching an international team if the offer comes up? Have you had any offers in the past?

I had an offer to be the Test batting consultant for Bangladesh and was also in preliminary talks with the Sri Lanka board.

But in order to balance my family commitments I opted to do broadcasting work which allows me more time to stay stationed at home.

But yes, coaching is still very close to my heart. 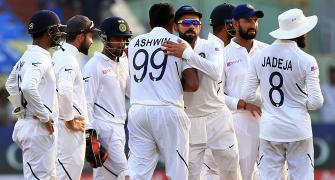