News
Business
Movies
Sports
Cricket
Get Ahead
Money Tips
Shopping
Sign in  |  Create a Rediffmail account
Rediff.com  » Cricket » 'This team will do things no Indian team has done'

'They have a belief that they can go and win anywhere.'
A fascinating excerpt from Mihir Bose's The Nine Waves: The Extraordinary Story Of Indian Cricket. To my great surprise, I got a phone call from Ravi Shastri and we agreed to meet when the team returned to London.

And that is how on that Monday morning, I was sitting in the foyer of the St James with Ravi, flanked by his bowling and fielding coaches.

Just then Vijay Amritraj, just arrived from Los Angeles, sauntered into the lobby and, seeing Shastri, came over and greeted him warmly.

Later, after Shastri and his two coaches had called an Uber and driven away for their lunch, I reflected on whether Kohli could do what Amritraj had failed to do.

When Amritraj first emerged on the international tennis scene in 1973, about the same time as Jimmy Connors and Bjorn Borg, much was made of the ABC of tennis, Amritraj, Borg, Connors, and how this would dominate the game.

But while Borg and Connors did, the A from India did not, despite showing great promise.

In 1973 at Wimbledon he came close to beating Jan Kodeš, the eventual winner, and in 1981, again at a Wimbledon quarter-final, he led Jimmy Connors 2-0, but lost in five sets.

It was after that defeat that I wrote in Mid-day that while Amritraj's play was stylish, often sublime, in contrast to the brute strength and power of Connors, Amritraj did not have the killer instinct that Connors had.

I moaned that this was the old Indian failing of not being able to close matches.

But surely it was now different with Kohli and his men. IMAGE: The Indians celebrate the fall of a Bangladesh wicket during the World Cup game in Edgbaston, July 2, 2019.

During our conversation Shastri waxed eloquent about this new India:

"There's not a negative bone in the body as far as this team goes and I'm not bullshitting. I said it after Lord's, because I know they've been in such a situation before, there's tremendous self-belief. They jolly well know they could have won it at Edgbaston.

The defeat would have hurt."

"After Edgbaston, I said batsmen have to stand up, take ownership, accountability. So, I said 'These are opportunities that won't come again and again.'"

"It would have hurt them even more after Lord's. After Lord's I told them, 'Forget the game.' But, then to show that self-belief, that character, take accountability as a batting unit and come to the party the way they did at Trent Bridge is what makes this team stand out." Shastri dismissed criticism made after Lord's that Indian batsmen could not play swing bowling. That it revealed a faulty technique:

"Not at all, because we knew that batsmen from both sides have struggled, barring Kohli. There's no one who can say that 'Consistently, I've done a great job'."

:You tell me one batsman from the England team for that matter who's looked solid in all the possible scenarios of this series."

"So, we knew that if we could put up the runs on the board, if we could be prepared to get dirty, look ugly, we could win."

"Get ready to get your hands dirty and look ugly in the quest for excellence."

An Indian coach taking about getting dirty and looking ugly was sensational.

These were men from the land where the father of the nation was Gandhi. What did it mean, I asked?

"It means, get in there and scrap it out. You're not going to get a 100 in three hours. You're going to get a hundred in six hours in these conditions."

"When you have (James) Anderson, (Stuart) Broad, bowling with a Dukes ball that swings all over the place, plus when you have overcast conditions, I don't care who the hell you are, you would struggle."

"Bradman would have had to bat six hours to get his hundred, as Kohli showed. So, that's where you have to mentally decide to get in for a scrap."

"It means look ugly. You might be beaten four times in an over." "Kohli said after Lord's, it's not technique, it's mental attitude. Correct, mental discipline. You have to leave the ball. Your shot selection is importantm," Shastri said.

"You should be aware of what shots you can play, what you cannot. You'll still be sucked into it, but that's where the mental games come into play where you challenge yourself."

"You set out to do things that you have planned before the game." 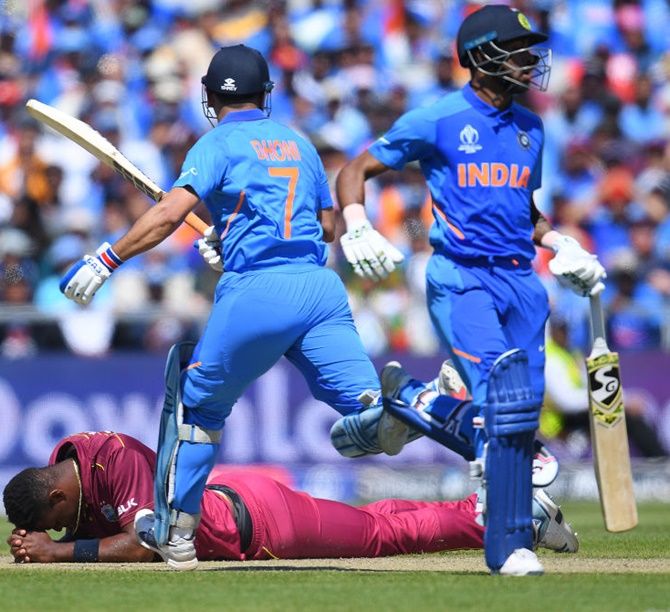 Three days later India went to Southampton and, having been in a winning position several times, lost by 60 runs.

The mental discipline shown at Trent Bridge had melted like an ice cream in the midday sun.

Yet, on the eve of the fifth Test at the Oval, Shastri was still bullish, telling the press that this Indian team's performance away from home was the best in fifteen years.

A bold claim as those years covered teams which included the Fab Four of Tendulkar, Dravid, Laxman and Ganguly and match-winning bowlers like Kumble and Zaheer Khan.

Even the defeat at the Oval by 118 runs, which meant India lost the series 4-1, did not dent this confidence that this team was different to other Indian teams. At the post-match conference Dwaipayan Datta from The Times of India asked Kohli whether he could still argue that this was the best Indian team for fifteen years.

Kohli responded, 'What do you think?' The journalist replied, 'I am not sure.'

Kohli stared at Datta in much the same way he might have at an English bowler whom he had just hit for a four, as if to say how dare you think that, let alone say that to the Indian captain.

Almost spitting out his words, he said 'That is your opinion.' So, could Kohli become the greatest?

"You have to see in this generation, when he is playing, how far ahead he is of the rest. If he's ahead by a long way, then he could qualify or come very close to what you're saying." 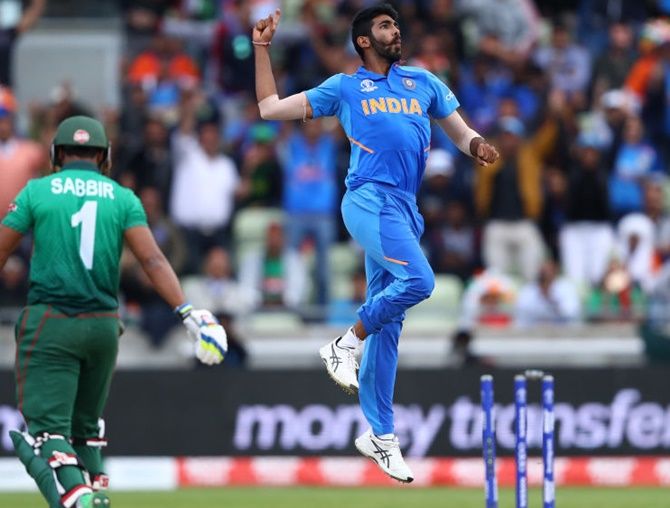 There is, of course, much going for India that is not going for any other cricket nation.

The IPL has meant India has found a domestic tournament that works and makes millions.

No other country can boast that.

And the IPL is the biggest draw in cricket.

The IPL is also not restricting Indian cricket but expanding it.

Jasprit Bumrah is the best example of that.

He is very much a product of the IPL, the best death bowler in T20 matches, who has proved he can transfer his skills to Test cricket.

The IPL, as Shastri saw it, had given India pacemen and also great fielders:

"People in England talk of IPL destroying cricket. I do not believe that. It has improved the Indian fielding tremendously. And produced good hitters." 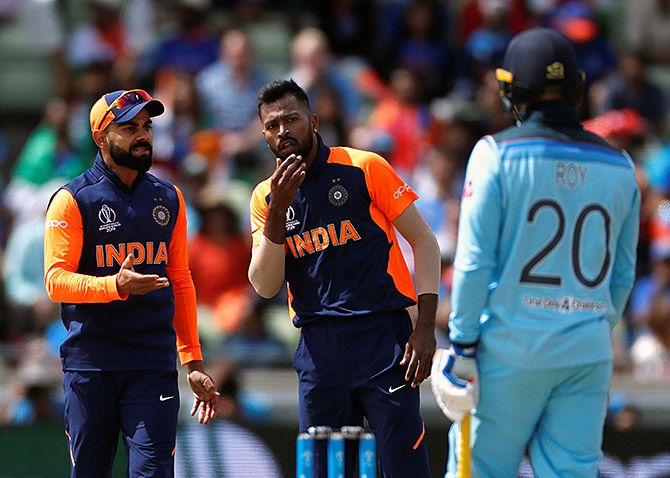 "Bumrah, Hardik Pandya, I can name six or seven players who come from the IPL and are playing for India in the longest format of the game, and they love it," Shastri said.

"It is not at all cricket tamasha. It has improved the running between the wickets. What you are seeing now is the best Indian fielding side ever."

"You are seeing an Indian team with the best pace bowling attack ever. You might have seen great batting sides, but as I've said in the four years I've done the job, 'This team has done and will continue to do things that no other Indian teams have done'."

"They have a belief that they can go and win anywhere, and it's not put on." This is reinforced by the fact that India is also the boss of cricket in economic terms.

All countries want to play India at home as they can sell those rights for many millions to Indian television.

India has a huge following abroad.

And what is more, a following that is proud and keen to show off its Indian colours.

This is not the meek, mild India anymore.

Also, there is a confidence in Indian cricket the like of which I have never seen before.

At the post-match press conferences during the England tour Indian players also spoke in Hindi, answering questions put to them in Hindi.

I have never in forty years of reporting seen questions in any language other than in English at a cricket press conference.

There is also a touch of Indian arrogance here.

No attempt was made to translate it into English as if the Indian players and media did not care about the English media.

And what is more the English media accepted as if to say India are the boss.

They set the tune.

IMAGE: Mohammed Shami celebrates Mujeeb Ur Rahman's wicket to complete a hat-trick and give India a last-over victory over Afghanistan at The Hampshire Bowl in the World Cup game, June 22, 2019. Photograph: Alex Davidson/Getty Images

Back in the sixties Prasanna gave up his career to qualify as an engineer before he came back to the game, now young cricketers, encouraged by their parents, do not feel they need to get a qualification before they become cricketers.

A new board cannot change Indian society and nor should it be expected to do.

But it needs to give leadership to help make sure that the next generation of Kohlis can emerge. If India is to become the dominant power both on and off the field the new board needs to plan wisely.

Without that, the Indian cricket story will continue to be a long tale of 'what-ifs' which has been the leitmotiv of its history.

That can change now, but it is up to Indians on and off the field to step forward and take charge.

Kohli as leader can do a lot, but he needs a support structure to make sure India finally fulfils its enormous potential.

Excerpted from The Nine Waves: The Extraordinary Story Of Indian Cricket by Mihir Bose, with the kind permission of the publishers, Aleph Book Company. 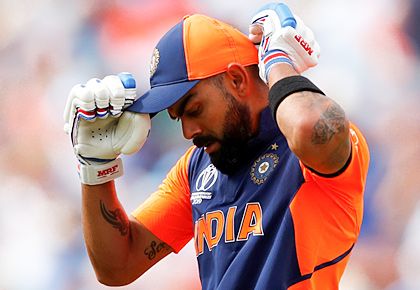