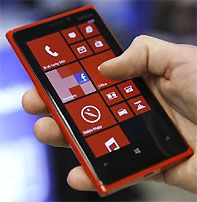 Nokia India on Tuesday withdrew from Delhi High Court its plea seeking permission to urgently sell its mobile manufacturing unit in Chennai, which was frozen over a Rs-10,000 crore (Rs 100 billion) claim raised by the Income Tax department, saying the proposed buyer has backed out.

At the same time, Nokia and I-T department told the court that a report has been received from Ernst and Young India Pvt Ltd (EY) on valuation of the company's assets.

Nokia submitted before a bench of justices Badar Durrez Ahmed and Sanjeev Sachdeva that it was withdrawing the plea seeking permission to urgently sell the unit as the proposed buyer has withdrawn. It told the court that the buyer had offered it Rs 400 crore (Rs 4 billion) for the assets.

In response to Nokia's submission, the court noted the proposed buyer had also offered a price that was in the same range as the valuation by EY.

The matter was listed today after the court had on May 19 agreed to give it an urgent hearing after Nokia said a buyer had been found for its Chennai unit.

Initially, the matter was listed for hearing on September 7. EY was appointed by the court as the valuer for Nokia India's Chennai mobile plant and its other assets.

On April 24, the Income Tax department had told the court that the amount offered by an "arm's length buyer" for Nokia India's Chennai plant was "very little".

An 'arm's length' transaction is one in which the buyer and seller of a product act independently and have no relationship with each other to ensure that they act according to their self-interest and are not influenced by other party.

The I-T department had said that the offer amount was very little and if the unit and related assets were sold, it would be difficult to recover the tax amount which it has tentatively placed at Rs 10,000 crore (Rs 100 billion).

On April 17, Nokia had submitted before the court and IT department the name of the prospective buyer and the offer made in a sealed cover.

The court had on that date asked the department to examine if the offer was acceptable and if not, it should consider appointing an independent valuer to carry out valuation of the plant and related assets. Another alternative, the court had suggested, was to put up assets for auction, by making amount offered as a reserve price, saying "ultimately we have to maximise the price".

The department had claimed in the court that according to previous orders, Nokia or its parent company in Finland had to secure the department up to an amount of Rs 3,500 crore (Rs 35 billion), but this was not done.

Nokia had argued that each day the assets remained attached and unused, their value decreases and suggested the department was free to sell it and take the sale amount towards the company's tax liability.

It had said it had met all the "players" in market and was finally able to find an "arm's length buyer" for its assets, but cannot confirm whether the buyer will buy the assets if too much time lapsed.

The high court in December 2013 had directed de-freezing of Nokia's assets and allowed the company to sell them subject to fulfilment of certain conditions including safe-guarding the I-T department for a minimum of Rs 3,500 crore (Rs 35 billion).

The alleged tax evasion pertains to royalty payment made against supply of software by its parent company, which attracted a 10 per cent tax deduction under the Tax Deducted at Source (TDS) category. 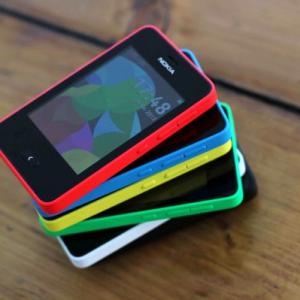