Modi should focus on wealth creation, not wealth distribution 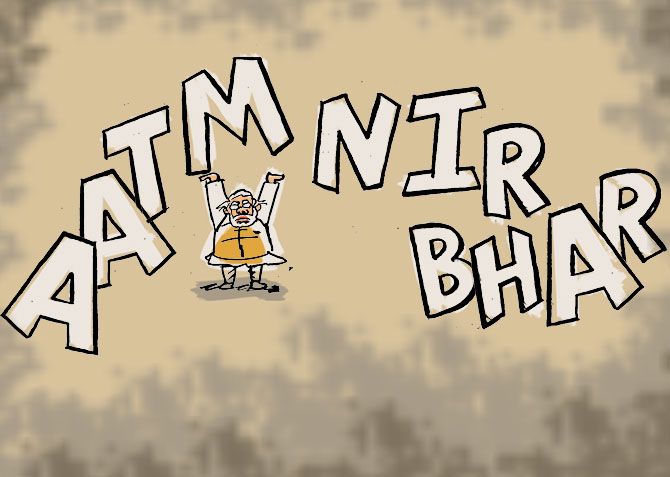 Where is India's economy heading?

After more than 100 days of lockdown, have the green shoots of growth finally started appearing, like what the Government of India claims?

M R Venkatesh, the well known chartered accountant, lawyer and political commentator, along with other professionals came together under the banner Artha Yagna and wrote a letter recently to Prime Minister Narendra Damodardas Modi with suggestions on how to revive the economy.

"The government must focus on a 10%-12% growth in agriculture. We feel strongly that the revival of the economy post-Covid will be in the rural areas and in the agri sector... We feel the engines of growth will not be the cities, but will be several small towns and probably villages," Venkatesh, below, tells Shobha Warrier/Rediff.com in the first part of the interview.

We were not comfortable with two things. One, we felt the government was not getting proper feedback in terms of what it was doing.

And two, this is not limited to the post-Covid lockdown. Even before Covid, in our view, the government was quite oblivious of the kind of development that was happening.

So, some of us were quite keen on providing inputs. Yes, it is for the government to decide whether they are workable, feasible or appropriate. We have put in some alternate thoughts which we felt was necessary.

Yes, there are many people who are giving various suggestions to the government. Feedback or suggestion is not the issue. The challenge is action.

Moreover, we felt those suggestions were predominantly not concentrating on wealth generation, but only on wealth distribution.

We felt that a genuine change can happen only when you start generating wealth.

It was Mr Giridhar Mamidi, an economic, political and strategic affairs analyst, who welded us all together. We brainstormed for many days to prepare the document.

I would say what we have prepared is predominantly an alternate thought on reviving the economy and nation building. Now, it is for the government to decide what they want to do and how they want to do.

It is an honest feedback from a set of people who do not expect any benefit out of this. We are neutral to the outcome of the document.

You spoke about wealth creation. Don't you feel in India even today wealth creators are looked at as villains?

Absolutely. There is a theory in this country for the last 70 years that those who are successful are villains. Wealth creators are abhorred, thanks to Nehruvian socialism.

The reason is because the government thinks laws are created not to make anyone prosperous but only to distribute poverty.

Consequently, it is assumed even to this day that only when you break a law that you can be prosperous. So, anybody who is prosperous is a law-breaker.

This is very clearly etched in the collective wisdom of babudom. We wanted to attack precisely this particular thought.

Last time we spoke, you had said the Rs 20 lakh stimulus package was like asking a patient in the ICU to start exercising.
More than two months have passed since the stimulus was announced, is the patient still in ICU, or is he dead?

He is alternating between ICU and ICCU!

But finance ministry officials are saying they are able to see some green shoots of recovery. That's the phraseology used for the last 10 years. It is very strange that the green shoots are visible to finmin officials and not to us! 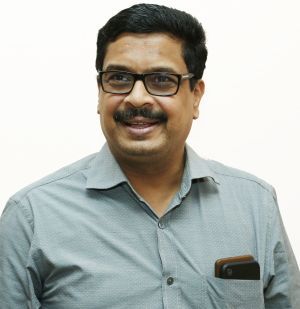 I guess it must be the bamboo shoots; as bamboo takes such a long time to grow. It is definitely not the green shoots of the economy. So, there is going to be a long haul.

That's why one of the important things we have suggested is that for the next three years, the government must focus on a 10%-12% growth in agriculture.

We feel strongly that the revival of the Indian economy post-Covid will be in the rural areas and in the agri sector.

We feel this is going to be the biggest and surest route to wealth creation.

We feel the engines of growth will not be the cities like Bangalore, Hyderabad or Chennai, but will be several small towns and probably villages.

We have also suggested the need to focus on the health sector. The government should focus on building hospitals.

You mean, not public-private partnerships, but the government should start spending on various projects?

We believe that the government must spend.

In fact, one of our first suggestions was to suspend FRBM (the Fiscal Responsibility and Budget Management) Act.

The government should not be worrying about fiscal deficit now. Of course, they should worry about revenue deficit. They should start spending large amounts of money on infrastructure and the pipeline should be frontloaded.

They should concentrate on sectors like healthcare. This is the right time to make India the healthcare capital of the world.

For the last five years, ever since the economy started slowing down, we have been hearing experts talking about the need for the government to spend on infrastructure for the lending cycle to start for an economic revival. But nothing is happening...

Nothing is happening is a very harsh term to use. I would say, things are not happening at the pace at which we would all be happy.

Yes, you are right, the pace is very slow, and we are moving at a glacial pace.

That is why we have suggested two important things. One is to appoint an expert committee to suggest appropriate income recognition and asset classification norm which is the NPA norm. They should look at the NPA 90-day law thoroughly.

Let us be very clear that lending, including infrastructure lending, is not happening.

We are clear that there are certain constraints put on us by our own policy-makers and we want this to be addressed. 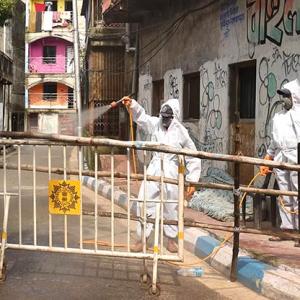