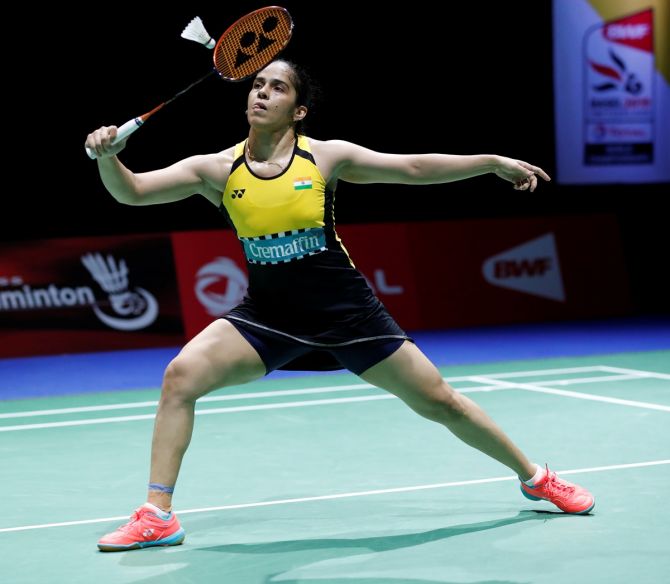 India's badminton team has been forced to withdraw from the Malaysian Open due to a travel ban, potentially impacting the players' hopes of qualifying for the Tokyo Olympics.

The Sports Authority of India (SAI) said on Thursday that the team had pulled out due to the travel ban imposed by Malaysia in the wake of an unprecedented spike in COVID-19 cases in India.

The Malaysian Open is one of the final two events where Olympic hopefuls can collect points towards the Race to Tokyo rankings -- a programme that decides who qualifies for the Summer Games which begin on July 23.

All top Indian singles and doubles players like PV Sindhu, Saina Nehwal, Srikanth Kidambi, B. Sai Praneeth, Satwiksairaj Rankireddy, Chirag Shetty, Ashwini Ponnappa and Sikki Reddy were due to participate in the Kuala Lumpur event, scheduled to run from May 25-30.

"The Sports Ministry, through the Ministry of External Affairs, approached the Malaysian authorities requesting to permit the Indian team to participate," SAI said in a statement.

"But owing to the rise in COVID-19 cases in India, the Malaysian government has informed the Indian High Commission in Malaysia that the travel of the team cannot be presently permitted."

The postponement of the India Open, which was scheduled for Delhi between May 11-16, had already dealt a severe blow to Indian shuttlers hoping to secure Olympic berths.

As the current Race to Tokyo rankings stand, only Sindhu, Sai Praneeth and the doubles pair of Shetty and Rankireddy can make the cut.

London 2012 bronze medallist Nehwal, who is ranked number 22 in the women's singles qualification standings, and former world number one Kidambi, 20th in the men's singles list, need to break into the top 16 in their respective categories to gain direct qualification to the Games.

The Race to Tokyo period ends on June 15 and the final qualification event is the Singapore Open, scheduled for June 1. 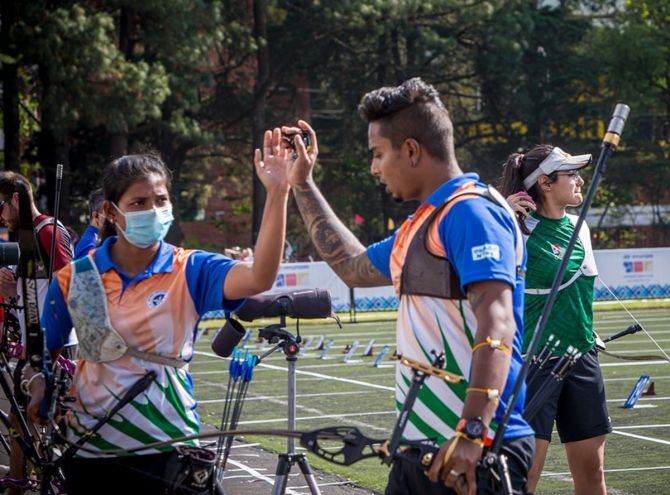 India's Olympic-bound archers will not get to compete in the Stage 2 World Cup in Lausanne as their short-term visa application has been rejected by the Switzerland Embassy.

India has been battling a second wave of the COVID-19 pandemic that has forced many countries to ban travellers from India.

The Indian archers will now directly compete in the Stage 3 World Cup in Paris which will be the last Olympic qualification event for the Indian women's recurve team. The seven-day competition will begin on June 23.

"Swiss Embassy did not allow any short term Visa and we had little time for the Stage 2 World Cup (May 17-23). Our focus is solely on the Paris World Cup now," Archery Association of secretary general Pramod Chandurkar said.

India so far have men's team and women's individual berths for Tokyo. The national federation may also seeking a relaxation in the 10-day quarantine rule for its archer when they reach Paris.

"We are mulling to write to the French federation to allow the archers to travel at least for practice during the 10-day quarantine," he said.

Chandurkar further said that the federation would also send the compound team to Paris. The team had missed out on World Cup Stage 1 following their head coach's 'false positive report'.

"Compound archers are short on tournament exposure for a long time so we want to have a full strength participation in World Cup Stage 3," Chandurkar added.

In the absence of the compound team, the recurve archers came up with their best ever show in a World Cup, winning three gold medals and one bronze in Guatemala City last month.

Malik one win away from Olympic qualification; Dhankar, Kadiyan ousted

Sumit Malik was still in contention to qualify for the Tokyo Games but it was all over for Amit Dhankar and Satywart Kadiyan, who were ousted from the World Wrestling Olympic Qualifiers after losing at different stages of the competition, in Sofia, Bulgaria, on Thursday.

In his 125kg Qualification bout against Kyrgyzstan's Aiaal Lazarev, Malik was trailing 1-2 till the last 25 seconds but got a push-out point towards the end and won on criteria, when the scores were tied at 2-2.
His next bout was against Moldova's Alexandr Romanov. He trailed 0-1 after losing a point on passivity.

In the second period, he lost another point when he was pushed out by his opponent but as has been his strategy -- Malik attacks in the closing stage of the bout -- he pulled off a two-point throw to make it even and finally won 3-2.

In the quarterfinal against Tajikistan's Rustam Iskandari, Malik was in trouble at one stage as he trailed 2-4 after leading 2-0 but logged four two-pointers to win easily.

The finalists at this competition will qualify for Tokyo Games.

Dhankar lost his 74kg Qualification bout 6-9 to Moldova's Mihail Sava. After trailing 0-4, Dhankar put up a spirited fight in the second period, but the Moldovan was up to the task.

Dhankar's defeat means that India will go unrepresented in the 74kg at the Tokyo Games.

Kadiyan won his pre-quarterfinal 5-2 against Evan Amadour Ramos from Puerto Rico. He led 3-0 in the first period, but a take-down move by his rival threatened his chances before the Indian got another two-pointer to win easily.

In the quarterfinal against Bulgaria's Ahmed Sultanovich Bataev, Kadian blew away a 5-1 lead to go out of the competition as he lost the bout on criteria, conceding four points in the last 20 seconds.

Kadian trailed after the first period, losing the point on passivity. In the second period, he scored five points in a row, starting with passivity point and followed that up with two push-outs and a two-point throw.

However, the the Bulgarian turned the tide in his favour with consecutive take down to stun the Indian camp. 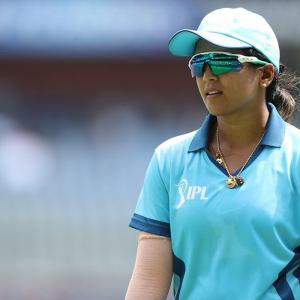